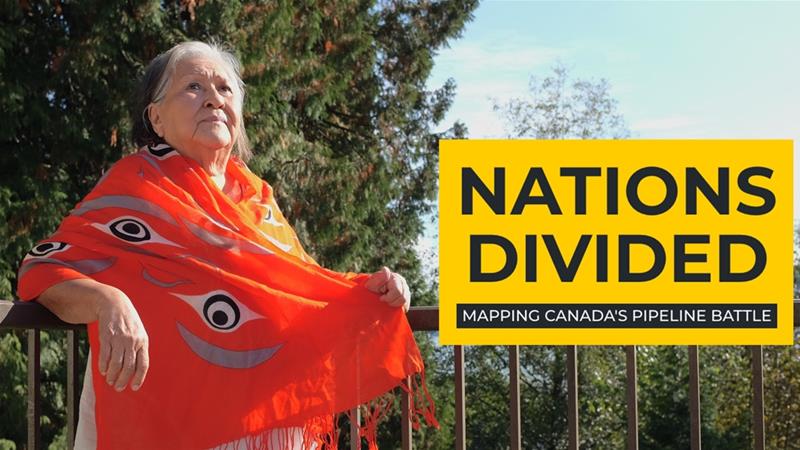 Produced with support from the Pulitzer Center on Crisis Reporting, the interactive feature won in the Mixed Media category and centred on conflicts of interest arising from Canada’s $5.6bn expansion of the Trans Mountain oil pipeline. When completed, the pipeline will triple its current capacity from 300,000 to 890,000 barrels of oil per day.

Many First Nations elders fear environmental damage from oil spills and say the pipeline is a threat to their land and traditional ways of life.

“Jillian and Megan won for their sensitive storytelling centred on the voices of those most affected,” said Amnesty judge and former Mixed Media winner Samantha Fink. They won “for the depth of their research and sophisticated use of digital tools including photos, videos, graphics and maps that gave readers multiple access points to understanding a complex story”.

“I’m proud of our journalists who travelled for days to get to the heart of this important story,” said Soraya Salam, manager of Al Jazeera English Online, “and of our Americas Editor Laurin-Whitney Gottbrath who guided the storytelling process and coordinated with our head of interactives, Mohammed Haddad, to produce this excellent content. This Amnesty International award is an important recognition of our dedication to telling stories of forgotten communities whose lives are being impacted by the decisions of those in power.”