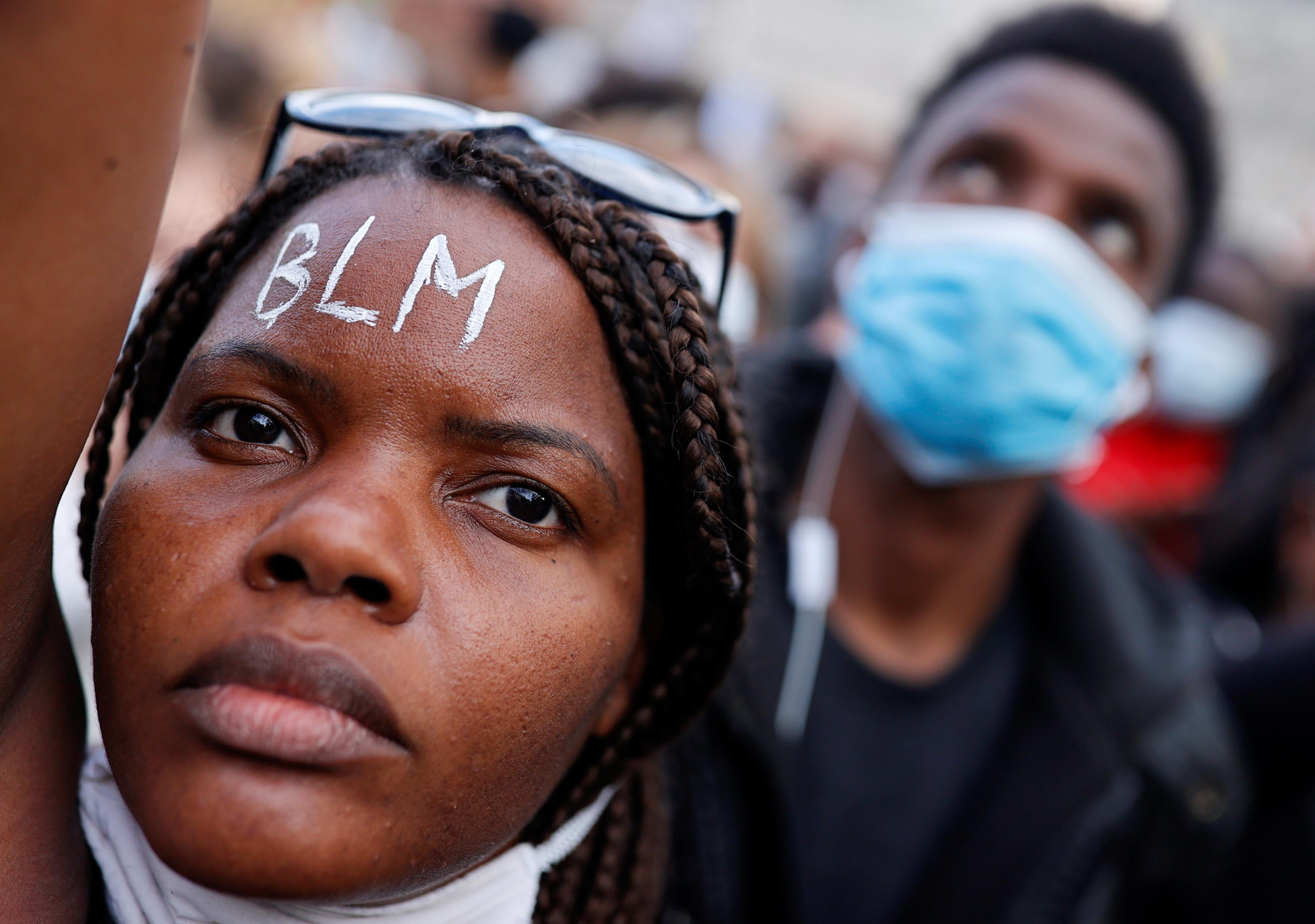 PARIS (Reuters) – Hundreds of anti-racism protesters in Paris took a knee and held an eight minute silence on Tuesday in memory of George Floyd, the black American whose death after a police officer knelt on his neck has unleashed a global outpouring of sadness and outrage.

Holding placards reading “stop police violence”, “stop racism” and “I can’t breathe”, the final words of Floyd as he lost consciousness, the protesters bowed heads beneath the statue of Marianne, who personifies the French Republic, in Place de la Republique.

Some raised a fist as a mark of respect for victims of police brutality.

“We’re here to fight against police violence, against all this racism that has been going on for generations. We cannot continue like this. This should be punished,” said Kathleen Mergirie, a 30-year-old black woman.

Floyd’s killing in Minneapolis two weeks ago ignited worldwide protests against racism and police brutality, including in France where people of African and Arab descent often complain that the police’s record of violence remains unaddressed.

Earlier in the day, Prime Minister Edouard Philippe said France had at times in its history failed to live up to the challenge of meeting Republic’s founding principles, liberty, equality and fraternity.

Police kept a low profile at the Paris protest. Scores of protesters also gathered peacefully in the western city of Nantes.

On Monday, the French government banned a dangerous chokehold used to detain suspects and promised zero tolerance of racism among law enforcement agents.