The previously unknown palace of the Assyrian kings was discovered when the terrorist group blew up the tomb of the prophet Jonah for ideological reasons. Archaeologists spent two months exploring the tunnels dug by ISIS under the destroyed tomb. The tunnels were found to lead to the military palace founded by Assyrian King Sennacherib in the 7th century BC.

Professor Peter Miglus, the archaeologist who has led work at the site, said that gold kept by Sennacherib may have been discovered by ISIS.

He said: “We can presume many very valuable objects must now be on the black market.”

The archaeologists found gold objects littered within the tunnels that were discarded by ISIS.

Gold from ancient Egypt, such as a gold scarab ring and a small sceptre with the ankh, the pharaonic symbol that represents life are still at the site. 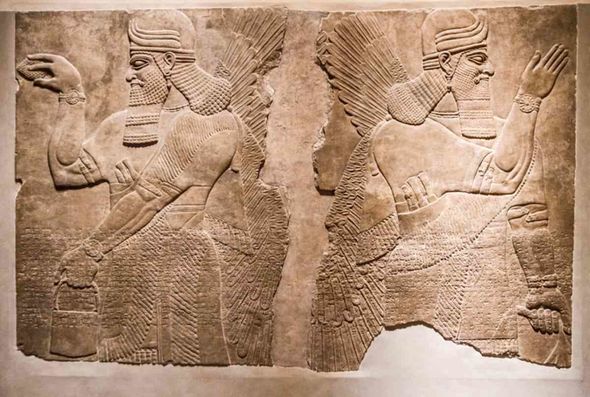 Professor Miglus maintains the fact Isis overlooked these objects suggests it seized and sold many more.

Nearly all Assyrian reliefs are of men, in profile.

Professor Miglus, of Heidelberg University, said the excavations carried out by Isis had identified the palace throne room, the largest of any in the palaces. 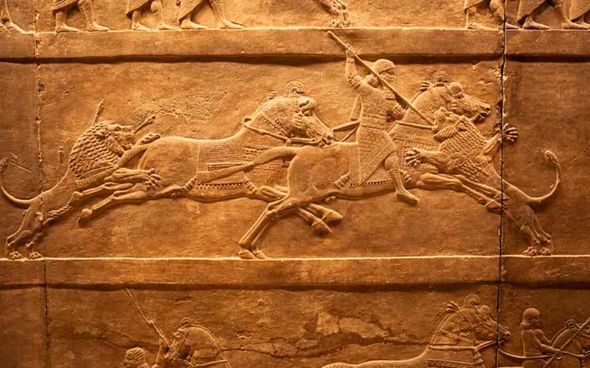 He acknowledged the irony that this work was possible only because of Isis’s attempts to destroy history.

He said: “It makes me unhappy to say that this work makes me happy.”

Sales of looted antiquities were the second-biggest source of income for the jihadists, after oil smuggling.

Attempts to excavate the site in the 19th and 20th centuries were curtailed for fear of disturbing the shrine and offending local people. 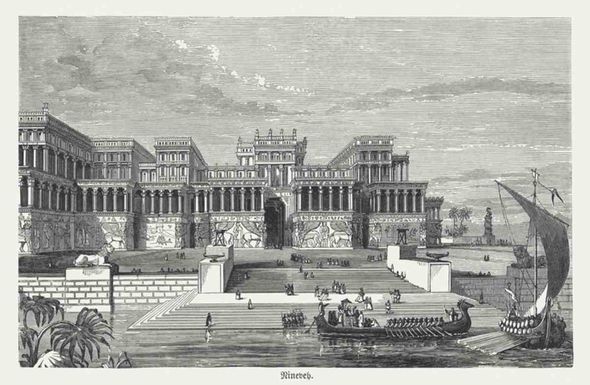 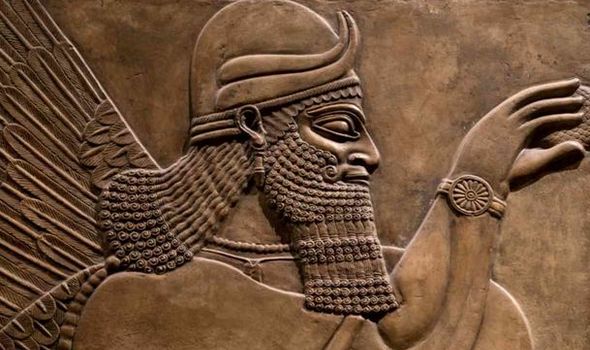 Modern-day Mosul stands on the ruins of the city of Nineveh.

Nineveh was an ancient Assyrian city of Upper Mesopotamia, located on the outskirts of Mosul in modern-day northern Iraq.

Until the year of its sacking in 612 BC, it was the largest city in the world.