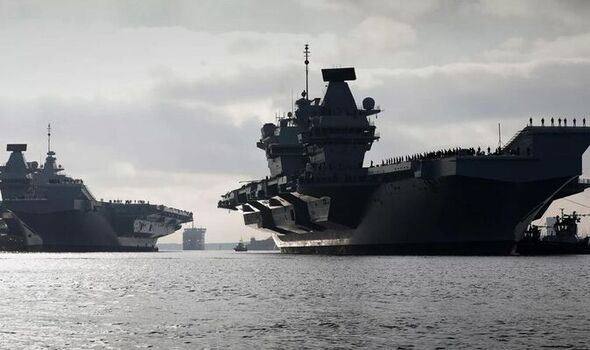 The UK must keep check of its own obligations to the Nato alliance in full, an MP has said. John Healey, the Shadow Defence Secretary, has said fundamental reform to the Ministry of Defence’s “broken” military procurement system must be fixed.

It comes after questions over UK’s shrinking military and defence cuts.

Furthermore, Belgium earlier today blocked the export of technology to Britain, critical for maintaining the nuclear deterrent, despite both countries being NATO allies.

“They risk leaving our Armed Forces without the equipment and troops they need to fight and fulfil our NATO obligations.”

“Our ‘NATO test’ will be the foundation for Labour government action to ensure Britain meets our obligations to the Alliance in full as the cornerstone of our collective security.

“Labour will make the UK a leading voice in Europe on collective security and defence.

“This is our unshakeable commitment to NATO in action.”

UK Ministers plan to cut another 10,000 troops from the British Army, leaving it the smallest since the Napoleonic era.

Meanwhile, Nato seeks to boost the size of its High Readiness force from 40,000 to 300,000 following the Russian invasion of Ukraine.

Central to the British Army’s ability to assist Nato in warfare, are Ajax armoured vehicles.

The vehicles currently face a whole host of unresolved problems, says the MP.

In March last year, the Defence Select Committee explained the Army would be “hopelessly under-equipped” in “obsolete armoured vehicles”.

It would be “very heavily outgunned” if it was called to fight an adversary like Russia in Eastern Europe in the next few years.

There has also been a delay to the E-7 Wedgetail sentry planes, which ministers have claimed would “transform” the UK’s commitment to NATO.

Indecision has also abounded about the procurement of Naval support ships designed to support the Queen Elizabeth class aircraft carriers.

HMS Prince of Wales is the flagship for NATO’s rapidly deployable Response Force.