HANOI (Reuters) – Southeast Asian foreign ministers kicked off a series of regional summits on Wednesday expected to seek collaboration to fight global threats, and to try to de-escalate a tit-for-tat rivalry as the world’s two biggest economies vie for influence. 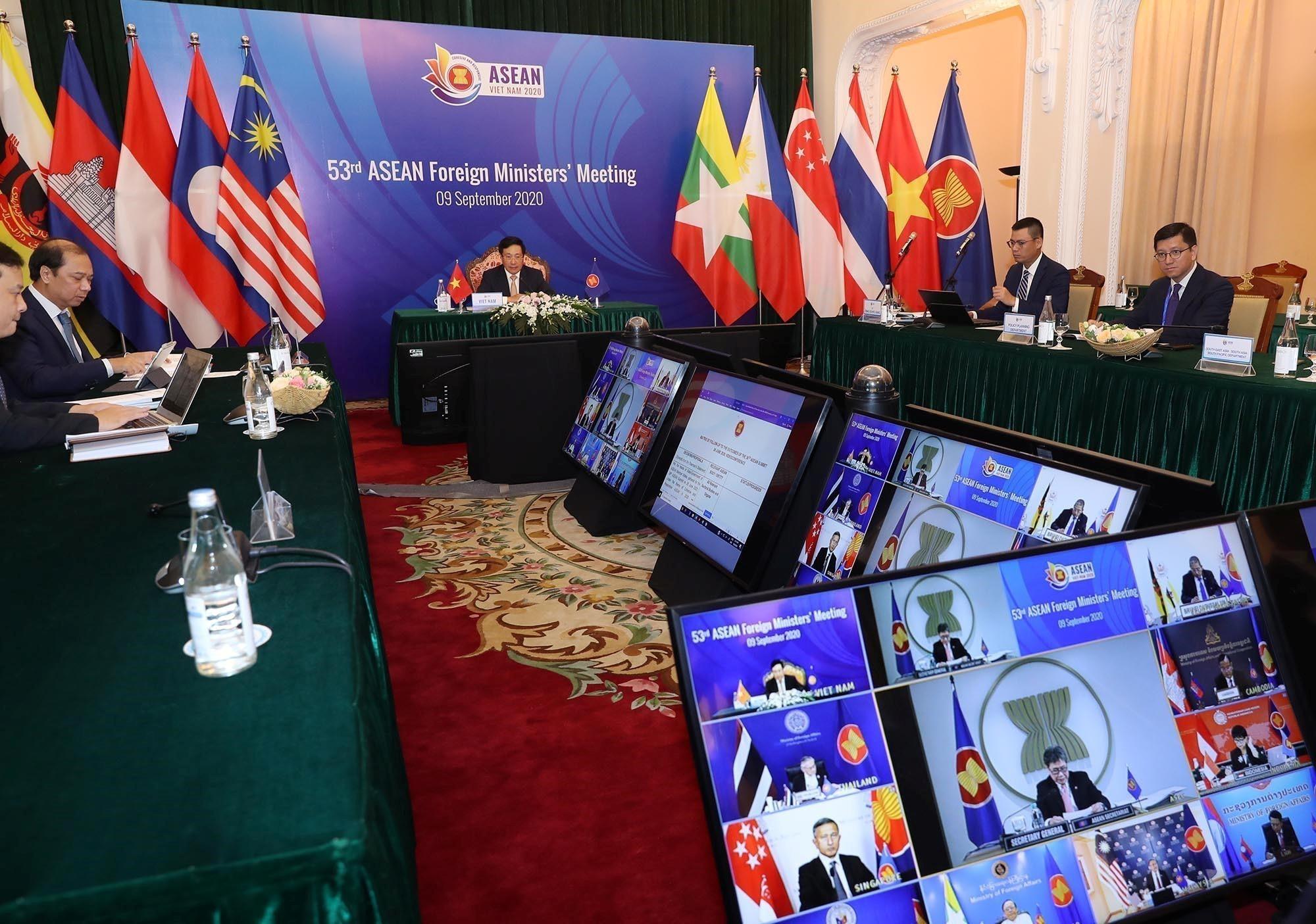 Russia, Japan, Australia, South Korea and India are among those remotely joining an event hosted by Vietnam that will include a 27-nation security forum, as concern grows about rhetoric and accidental conflict, and about other countries being caught up in the fray.

“The regional geopolitical and geoeconomic landscape, including the South China Sea, are witnessing growing volatilities that are detrimental to peace and stability,” Vietnamese Prime Minister Nguyen Xuan Phuc said in his opening speech at the summit.

The role of international law and multilateral institutions were being “greatly challenged”, Pham Binh Minh, Vietnam’s foreign minister, said in his opening remarks.

“We don’t want to get trapped by this rivalry,” Retno told Reuters ahead of the ASEAN Regional Forum, which will convene on Sept. 12.

Retno said ASEAN did not want to take sides, while also describing the increased militarisation in the South China Sea as “worrying”.

The United States has spoken out strongly against China over trade, technology and its maritime conduct, and President Donald Trump has trumpeted his tough approach to China in the run-up to the U.S. presidential election.

Washington has accused Beijing of bullying its neighbours by sending ships close to their offshore energy operations, and of opportunism in holding military exercises and testing new defence hardware in disputed locations, while rival claimants battle coronavirus outbreaks. China said its actions were lawful.

Since mid-August, the United States has repeatedly riled China by sending warships to the South China Sea and the sensitive Taiwan Strait and flew a reconnaissance plane over Chinese live-fire drills.

It blacklisted 24 Chinese entities over their involvement in building and militarising artificial islands.

“There’s no desire to take sides – or to be seen to be doing so,” said Collin Koh, a security expert at Singapore’s S. Rajaratnam School of International Studies.

ASEAN would instead discuss with China the advancement of a long-delayed code of maritime conduct, and the development and access to a COVID-19 vaccine, he said.

The group’s talks with the United States would urge military restraint and greater investments from corporate America, he said. Both would seek to “de-focus on the intensifying rivalry”.