The suspect was involved in a brief battle with police, after which they were transported to a local hospital, ABC affiliate WNCN reported. Television station WTVD-TV Raleigh-Durham reported that at least one other person was also taken to hospital for treatment.

The incident is being treated as domestic violence-related and a homicide investigation has been launched.

CBS affiliate WTVD-TV Raleigh-Durham said the victim is a toddler, but the precise age has not been confirmed, and neither has the relationship between the adults and the child. 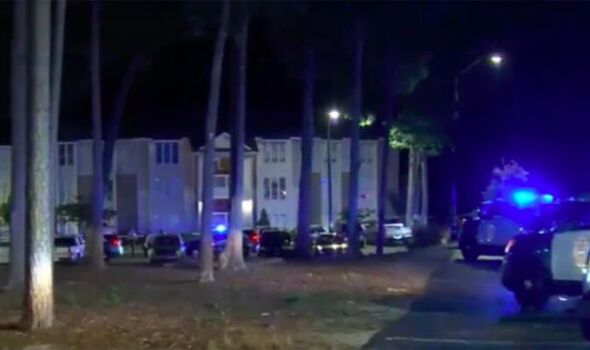 Video footage from the scene showed crime scene tape blocking parts of an apartment complex, with police outside.

A WTVD reporter tweeted: “RPD officer confirms that this is a homicide investigation and multiple people were taken to the hospital.

“Sources tell me, and this is just so sad to tweet, that a toddler was killed in a domestic violence situation.”

The building is roughly eight miles from the centre of Raleigh, North Carolina’s state capital.