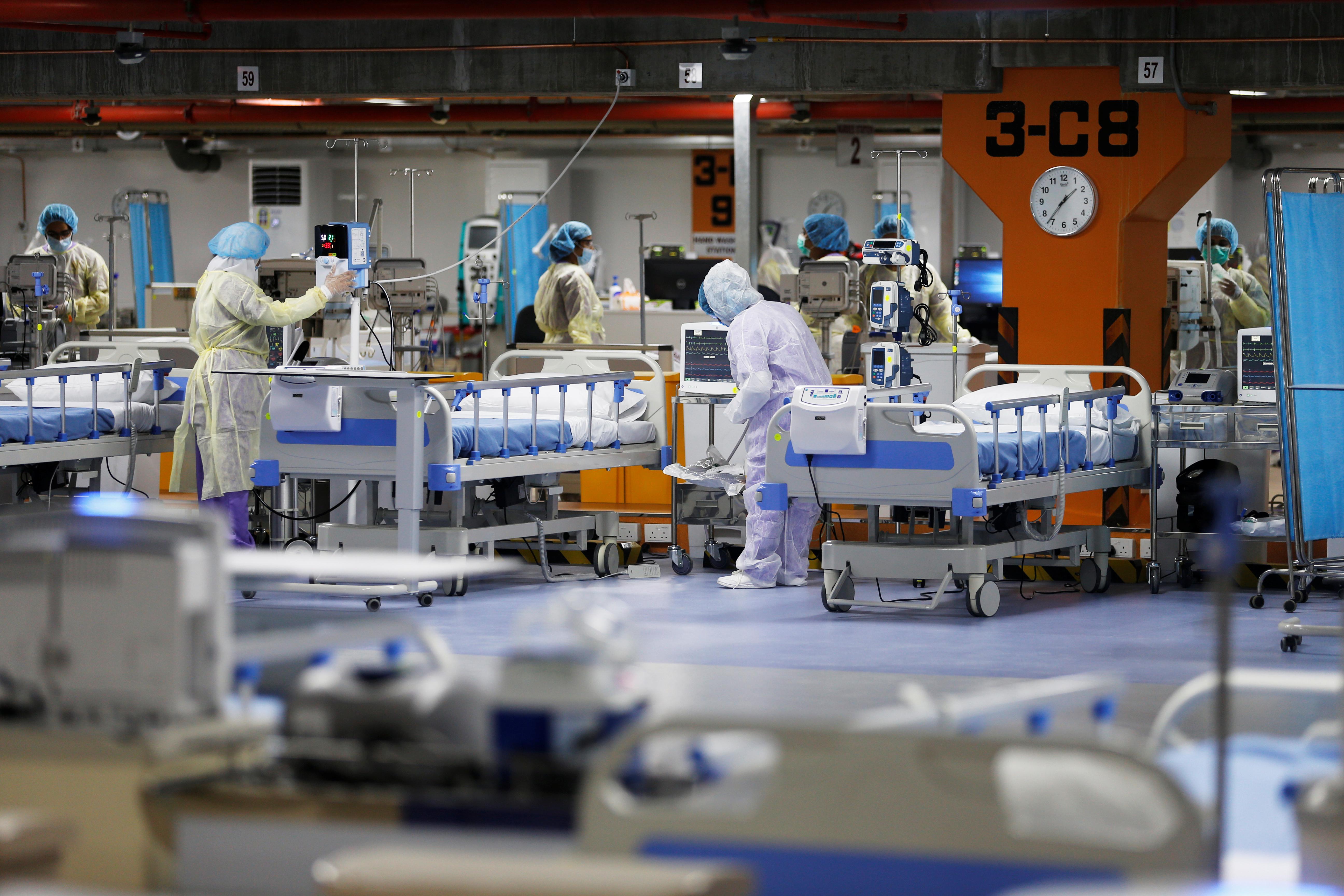 DUBAI (Reuters) – Bahrain has converted the multi-storey car park of a military hospital into a 130-bed intensive care unit for patients with COVID-19, the respiratory disease caused by the new coronavirus, and plans to set up four more field ICUs.

The island state reported 161 new infections, most of them among foreign workers, the health ministry said on Tuesday, taking its total of infections to 1,522 with seven deaths.

The number of cases recorded in the six Gulf Arab states has surpassed 16,500, with more than 100 deaths, as most countries stepped up testing after witnessing a rise in cases among low income foreign workers.

At the makeshift ICU at the Bahrain Defence Force Hospital in Riffa, south of the capital Manama, each bed is equipped with a ventilator. Authorities said they plan to raise capacity to 500 beds once other field units are set up across the country.

Dubai, an emirate in the United Arab Emirates, has also said it was planning to set up field hospitals to cope with any surge in cases.

Bahrain is one of the few Gulf Arab states that has not imposed a curfew or locked down areas to curb the spread of the virus and its national carrier still operates some flights. Like its neighbours, it has closed schools and most public venues.