BBC Weather forecasted warm weather with low winds throughout most of England, Wales and Northern Ireland for Tuesday. Ms Kirkwood explained that temperatures would increase further on Wednesday and England would see the warmest weather as temperatures rise near to the mid-20s. She added the pollen count would be high across England and Wales on Tuesday and Wednesday.

Ms Kirkwood said: “Today’s weather is off to a chilly start.

“For some of us, temperatures have fallen to around freezing or just below so there is a touch of frost around.

“We have also got some patchy mist and fog around, particularly so around parts of Scotland, Wales and also southern England.

“But that will lift quite readily, then for the rest of the UK, we are looking at some sunny spells.” 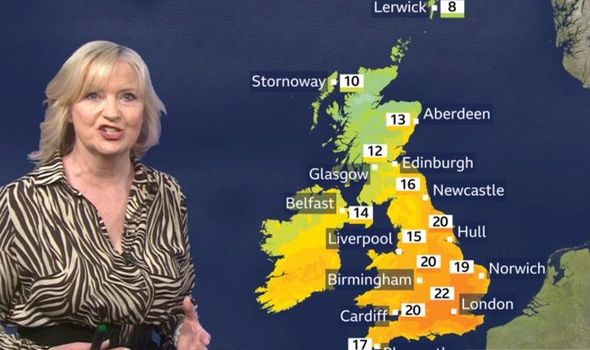 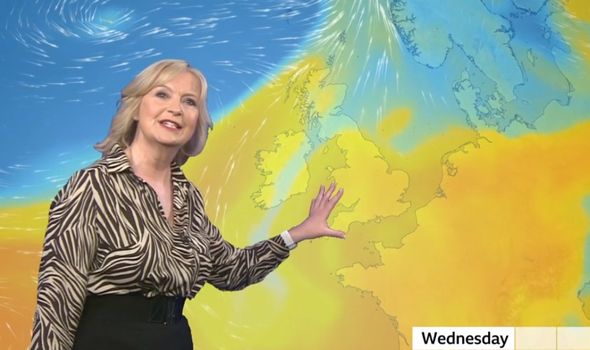 Ms Kirkwood went on to explain the increase in temperature across most of the UK.

She said:” Yesterday it was slightly cooler but through today temperatures will be up.

“They will similarly be up tomorrow and Wednesday could be the warmest day of the week so far.

“As we head on through the course of the day there will be a lot of sunshine. 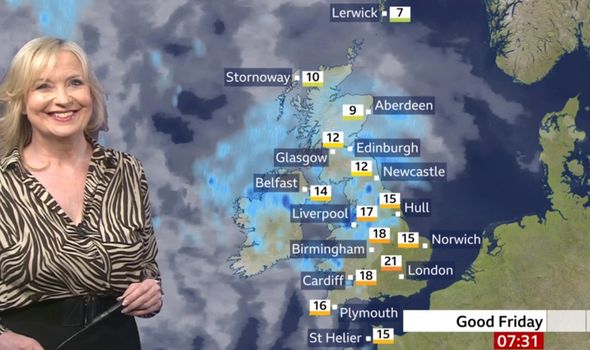 “There will be some pockets of cloud in parts of northwest England, southwest Scotland and southwest Wales for example but on the whole, most of us will stay dry.”

The BBC Weather presenter noted that in the south-west of England there could be some brief showers during Tuesday.

She added that wind speeds will be relatively low across the country, with the highest wind speed in England, Wales and Northern Ireland being 12mph.

In Scotland, they will be slightly higher, with mainland Scotland seeing speeds around 15mph and the Stornoway island seeing the UK high of 27mph.

When will lockdown end? Stay home for infection ‘reduction’ Gove says [INSIGHT]
UK lockdown exercise: Will the Government ban exercise? [EXPLAINED]
Royal: Look inside some of the Queen’s palaces thanks to virtual tours [VIDEO] 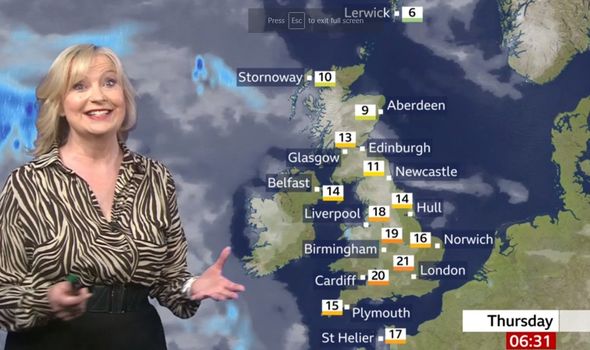 “If you are going outside for your exercise today and you have an allergy to tree pollen, the levels are high across England and Wales.”