The BBC Weather meteorologist said a thick cloud will remain in charge at the start of the morning before breaking up as the day develops. Patches of light rain are expected to develop in some areas, with western regions on track for a rather blustery day. Carol Kirkwood said: “One look at those isobars, which are quite tightly packed, tells you it’s going to be another blustery day, especially across the far north of Scotland. Here gusts could be up to 50mph.

“Last night’s rain is starting to peter out, there’s quite a bit of cloud around. Cloud will thin and break, we’ll see some sunshine too but, through the afternoon, we’ll start to see the arrival of our first weather front bringing in some rain.

“Ahead of it, there will be some drizzle, particularly so on western hills.

“Temperatures ranging from 9C in the north to 13C in the south.”

The BBC Weather meteorologist said the weather front moving in will however push temperatures up, with a mild evening and night ahead for most Britons. 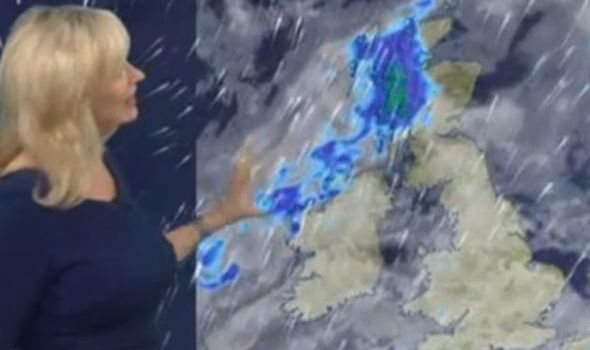 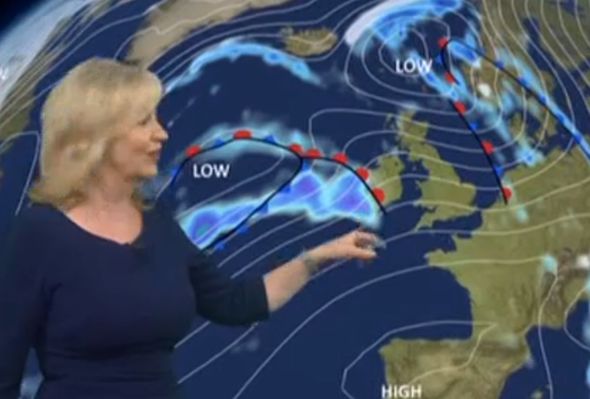 Ms Kirkwood continued: “Through this evening and overnight, that band of rain advances northwards and also eastwards.

“Again, a lot of drizzle around, quite a lot of cloud too.

“And after a cold start to the night, as the weather front comes through, temperatures will actually rise, especially in northern Scotland, so these are overnight lows.”

The overnight weather front will clear the UK in the early hours of Tuesday but will soon be substituted by a second front moving in from the Atlantic. 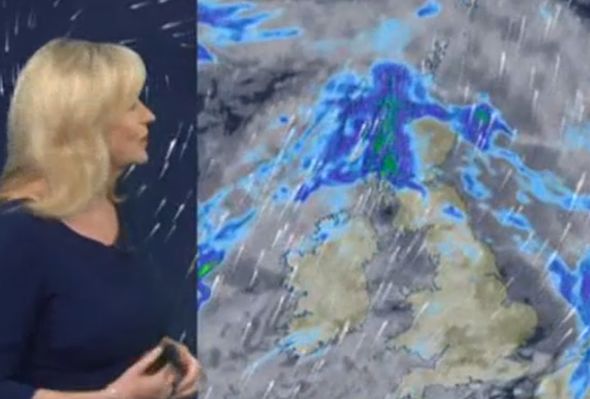 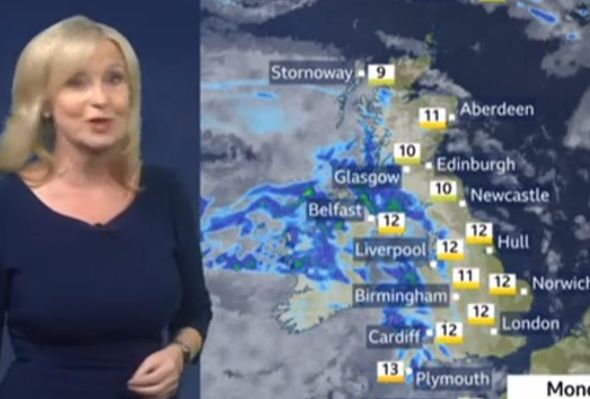 Ms Kirkwood said: “As we head on into tomorrow, we still have our weather front moving north, lingering across the far north of Scotland.

“Second one is coming in and we still have an array of isobars as well.

“Another blustery day, another wet one too, particularly across parts of Scotland.

“Some of that rain, at times, getting into Northern Ireland and there will be one or two showers, or some drizzle, on western facing hills.” 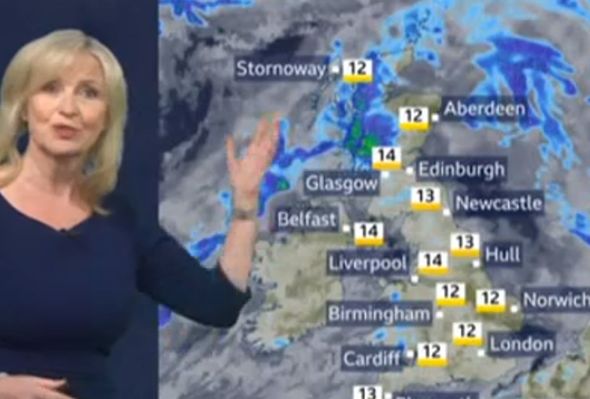 The expected rain pushed the Met Office into issuing a series of yellow weather warnings in place across the west coast of Scotland from Tuesday.

The warning is due to remain in place into Wednesday because of the heavy and persistent rainfall expected in the area over the next 48 hours.