BBC Weather forecaster Carol Kirkwood warned that temperatures will drop significantly -4C. She claimed that despite some warm weather during the day, most areas will experience frosty and cold nights. She also noted that areas of southeast England can expect showers on Thursday morning as it moves towards the west during the day.

She said: “The weather is fairly settled today too because high pressure is really dominating the weather.

“The air works around the area of high pressure so today we are pulling in a north-easterly breeze along the north sea coastline.

“Here it will feel that bit cooler, with lower temperatures as well.

“For the rest of us, while largely dry with some showers, a lot of them will be across parts of the north, the west and some too in the south. 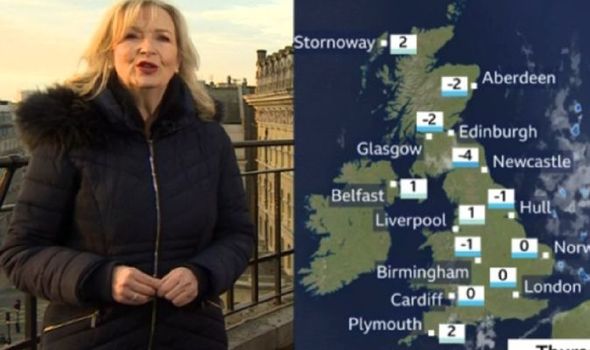 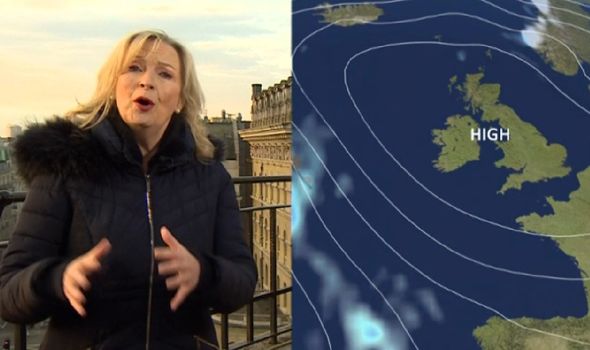 “In between, there will be some sunshine and a little bit more cloud bubbling up as we go through the course of the day.”

Ms Kirkwood discussed that during the day temperatures could reach highs of around 11 degrees across the UK.

However, it would still feel cold due to the gusts of wind throughout the day.

The temperatures will fall dramatically and quickly as we head into the evening. 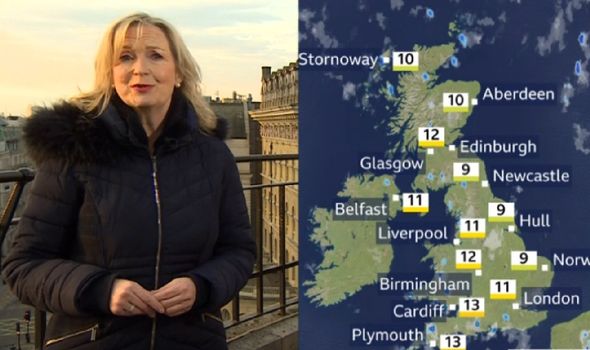 Ms Kirkwood said: “Through this evening and overnight some of these showers will fade.

“There will be some clear skies and pockets of cloud and fog.

“Temperatures will be falling below freezing or around about freezing, like around the borders where it is going to be -4 C there will be some local frost. 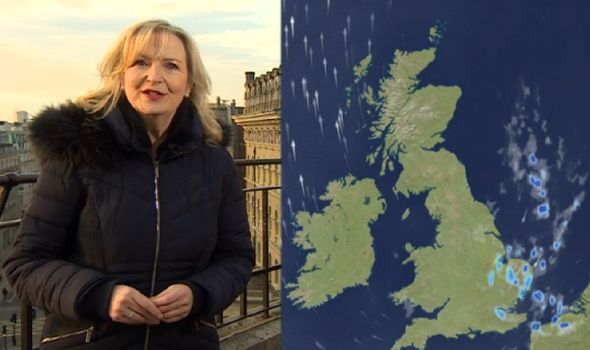 “At the end of the night, we will also be importing some showers from the North Sea into the southeastern corner.

“On Thursday we will have those showers from Lincolnshire into East Anglia and the southeast.

“It will be drifting west through the day and getting into the midlands.”

“As we move further west again, in the sunshine, this is where we will have the highest temperatures on Thursday.