BBC Weather forecaster Darren Bett warned central Europe will see considerable rainfall over the next few days. Mr Bett said France would see the worst of this wet weather and more flooding could be expected in the country. After the bands of rain have passed through central Europe, towards the weekend, temperatures are expected to rise significantly, however.

Mr Bett said: “In the south of France the past couple of days have brought about two months of rain.

“That is why we have had some local flooding and there is more rain to come.

“The clouds have been thickening up and moving northwards across Spain into southern France for Wednesday.

“There will be some more heavy rain here and that will push its way into Switzerland and the Alps.” 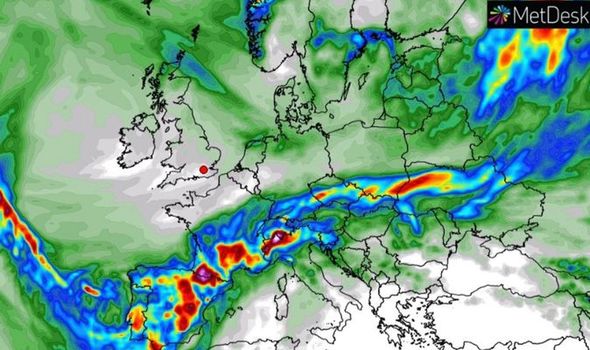 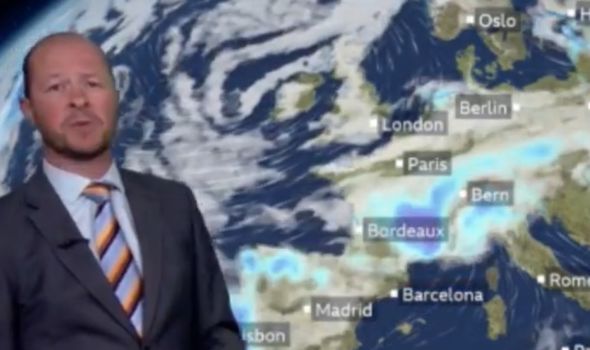 The BBC Weather forecaster explained there would be a large temperature difference the nations north of the band of rain and south.

Mr Bett claimed the countries north of the rain in central Europe would experience cooler temperatures with chilly arctic winds.

South of the band of rain there would be warmer temperatures as eastern Europe sees temperatures in the mid-20s.

He continued: “Thursday will see more rain coming back across Portugal and Spain. 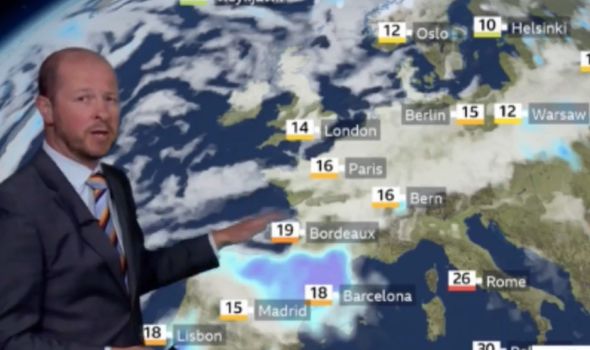 “It will head northwards through Madrid into the southern parts of France and this will cause a threat of flooding.

“The weather pattern won’t be changing much on Thursday.”

Mr Bett closed by saying after the heavy rain through Europe the weather will begin to shift towards the weekend. 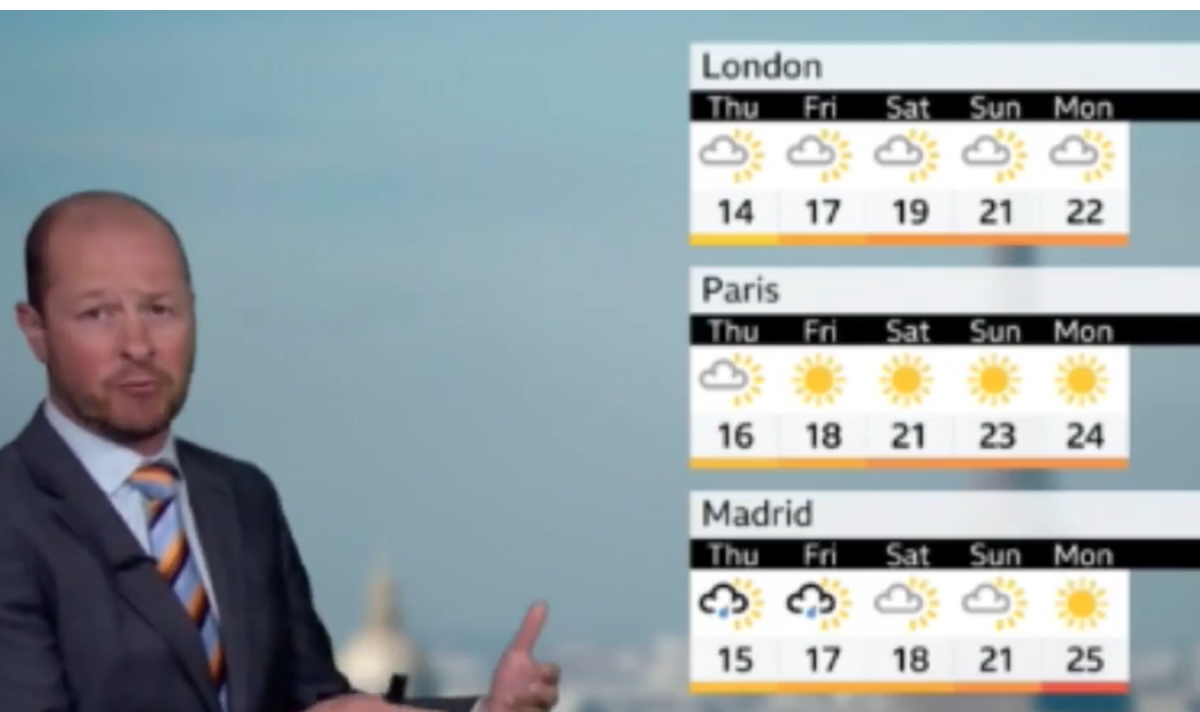 He explained London, Paris and Madrid would see temperatures rise out of the mid-teens into the low 20s.

He added there will be considerable sunshine in Paris as temperatures rise to the mid 20s by the new week.

Rome is also expected to experience warm temperatures and dry days for the rest of the week.