A couple of low pressure systems are set to make some changes across the European continent, according to BBC meteorologist Stav Danaos. The weather presenter noted that one is moving through the Mediterranean, bringing some wet weather to much of Italy, Sicily and around the Adriatic and the Balkans. It’s been spreading its way southeastwards into parts of Greece as well.

Mr Danaos told viewers: “It’s certainly brought a drop in temperatures with it.

“Some heavy thundery downpours continue to push their way eastwards.

“Although the eastern Mediterranean will stay dry and sunny.

“In fact, it will be pretty hot down in Cyrpus.” 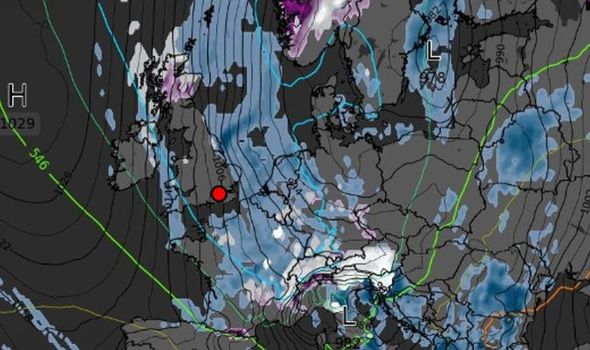 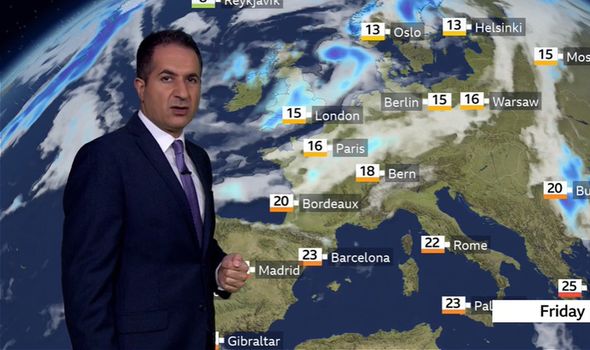 He continued: “Then we’ve got another area of low pressure bringing some unsettled weather to the British isles, the low countries and into Scandinavia.

“It will be about 36 to 37 degrees in Nicosia on Thursday.

“Some heat will be around with plenty of sunshine.

“That rain will be reaching the Bosphorus there, affecting parts of Bulgaria into Romania up in towards the northeast of Europe as well.” 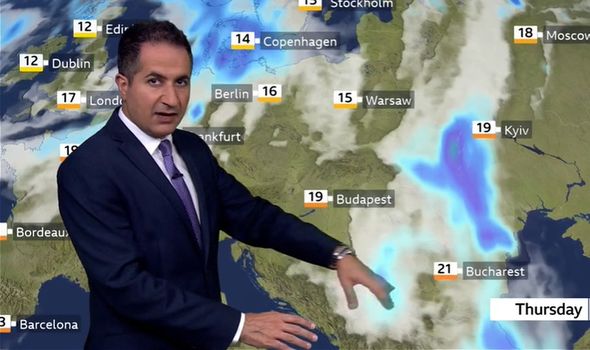 The BBC presenter added: “It will be quite unsettled into Scandinavia, Denmark and northern Germany.

“Some heavy rain and colder winds will also be moving in from the north west as we head on into Friday.

“Another pulse of rain will spread across the British isles on Friday, not quite as wet and windy as what we’ll see from Wednesday into Thursday.” 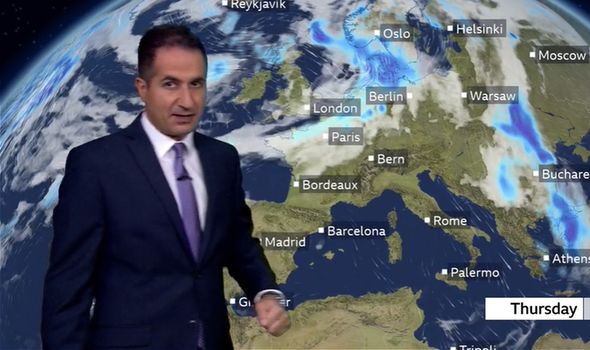 Mr Danaos said: “But then much colder air will begin to sink southwards across the northwest of Europe.

“Those temperatures will fall away below the seasonal average for London and for Paris as we head on into the weekend.

“For Madrid and Rome, there’ll be some sunshine around.

“But there will be more rain for central Italy into next week.

“For Athens it will feel a little bit fresher than of late but with some sunshine, it will be pleasant.”