It will be frosty and icy at times with further rain, sleet and snow occasionally, according to meteorologist Nick Miller. He told BBC Breakfast that Britain would also occasionally get to see a bit of sunshine. The weather presenter added that for areas suffering with flooding at the moment, there will be occasional wet weather, but there won’t be big rainfall amounts that have been seen recently.

Mr Miller told viewers: “We had some snow as we ended yesterday in Scotland and in the night in Northern Ireland.

“Now it’s northwest England through to the West Midlands and pivoting down towards parts of southwest England where we are seeing a few centimetres of snow falling in places here.

“Temerpatures will drop as far down as minus four degrees in Scotland, minus one around Birmingham and zero degrees in Liverpool.

“Some snow will fall across parts of northwest Scotland, particularly into the higher ground.” 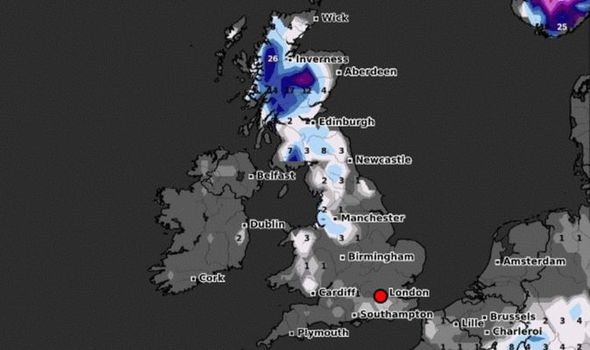 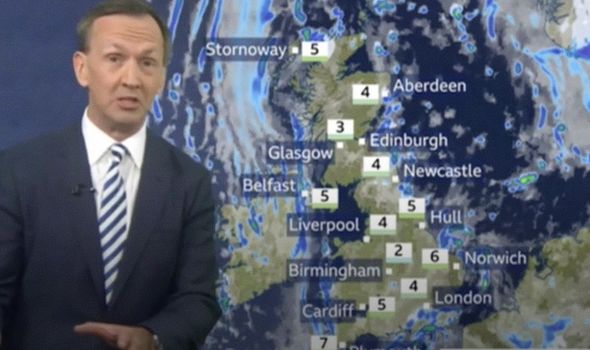 He continued: “There’s an area of low pressure, which is Storm Bella, but clearly not as powerful as it was over the weekend.

“It continues to ease its way southwards, but it still has some moisture associated with it.

“Combined with plenty of cold air across the UK, that’s why some of us are seeing that snow.

“Even where you’re not, it’s frosty, it’s icy this morning.” 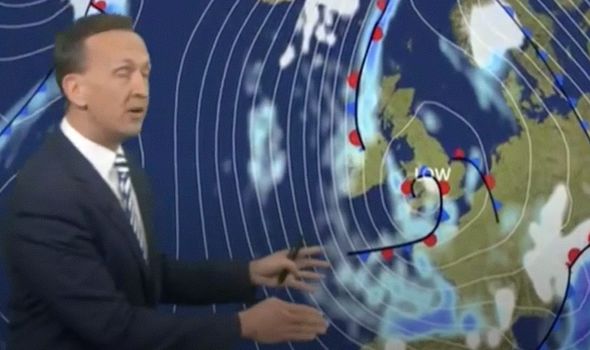 The BBC presenter added: “We continue to see this area of rain, sleet and snow edge a little bit further east as we go through the day across parts of southern England.

“We’ll have this area of wet weather just stretching down through Northern Ireland towards northwest Scotland.

“This has some snow, particularly to higher ground.” 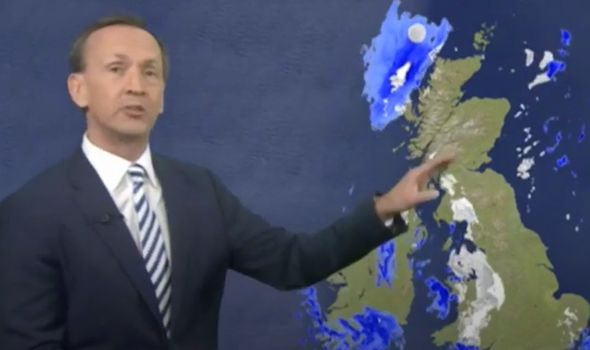 Mr Miller said: “We’ll have a few of these wintry showers towards the North Sea coast.

“That could be anything: rain, sleet, snow, hail particularly to higher ground.

“Continuing showers will run down through the far west of Wales and southwest England.

“Western areas will be quite windy, but nowhere warm today, with temperatures at the very best up to around five or six degrees Celsius.

“Overnight we’ll continue with a few of these showers, bringing in rain, sleet and snow.”