BBC meteorologist Tomasz Schafernaker gave the latest weather update about Storm Francis swirling around in the North Sea. He noted that it had certainly been very windy in the UK as a result of the storm. Some of that wet and breezy weather has also pushed into Germany.

Mr Schafernaker told viewers: “It will continue to do so through Thursday into parts of Poland.

“Here cooler conditions will spread and there’ll be some cloud and rain around.

“But to the south of that, around the Balkans, it’s just hot sunshine.

“In fact, it will be warmer than average for the time of year across this part of the world.” 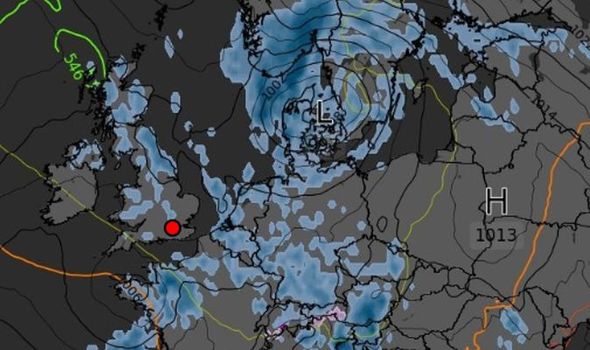 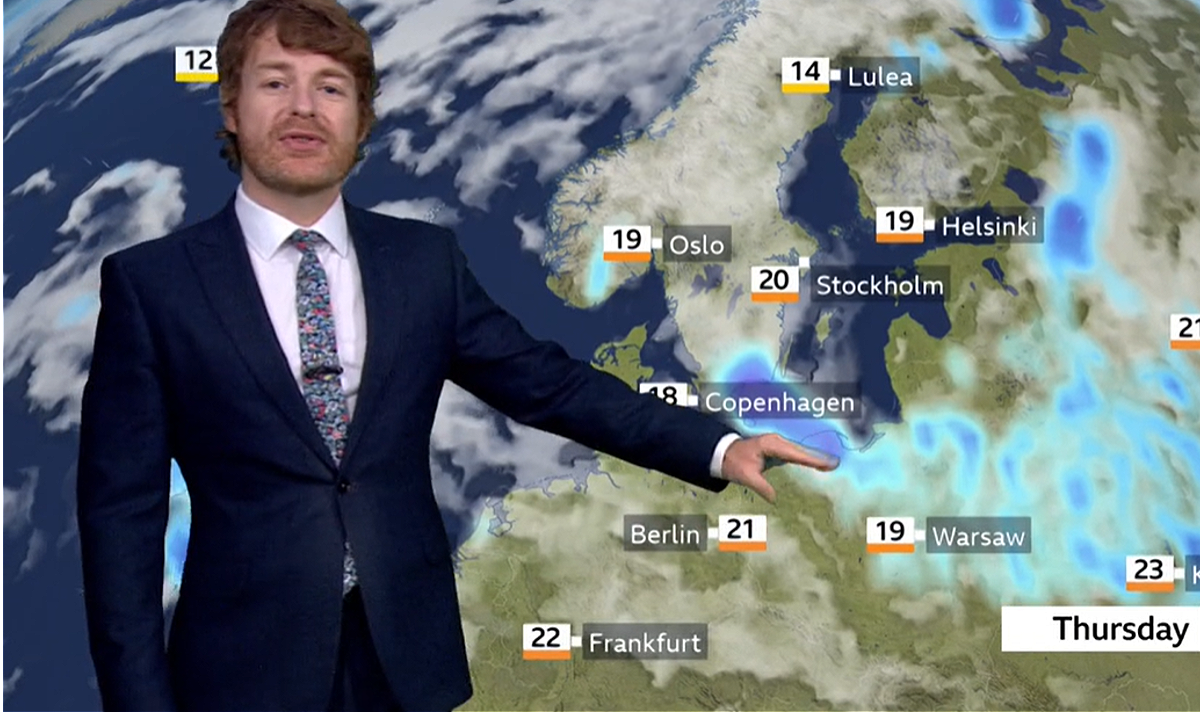 He continued: “It will be 34 degrees in Bucharest and into the mid 30s for Greece as well.

“It will be very warm around the Adriatic, but by the time you get to Hungary it’s cooling off a little bit.

“Then you’ve got that windier, more unsettled weather across the northern half of Europe.” 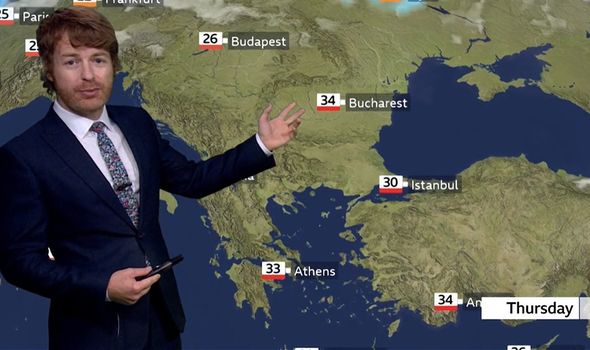 The weather presenter added: “On Friday, there’ll be another low pressure bringing further spells of rain and wind for the UK.

“Some of that cooler and more unsettled weather will also affect northern France.

“We’ve potentially got some thunderstorms around the Alpine region, for the south of France into the Alps.” 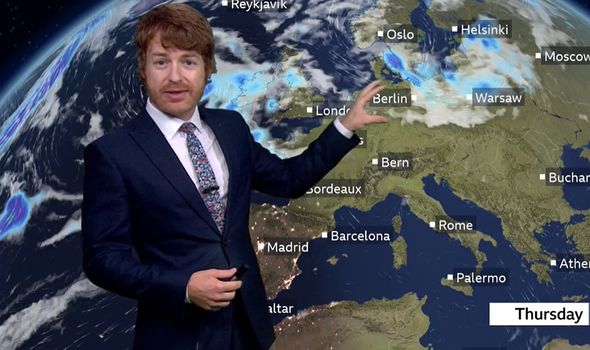 Mr Schafernaker said: “For the city forecast, Madrid is going to be hot and sunny on Friday.

“Then it looks as if things are going to cool off a little bit but it will remain sunny.

“Rome will also experience similar conditions at the same time.

“Elsewhere in Berlin, there’s also a bit of a cooling trend on the way in the coming days.

“But the weather in general is looking relatively sunny.”