Britons have been warned to “take it easy” by meteorologist Matt Taylor due to icy conditions across many areas of the UK. The weather presenter told BBC Breakfast that northern England is the coldest this morning, facing minus six in parts of north Yorkshire. He added that it was not helped by the emergence of more wintry showers, and made a forecast for the New Year as well.

Mr Taylor told viewers: “As we see the year out though, the showers will continue, of a wintry nature in northern Scotland.

“Some wintry showers too to the far north of England as well.

“It could be an icy start to 2021 once again with temperatures widely below freezing.

“There are snow flurries at the moment in Northern Ireland down these western fringes of England and Wales.” 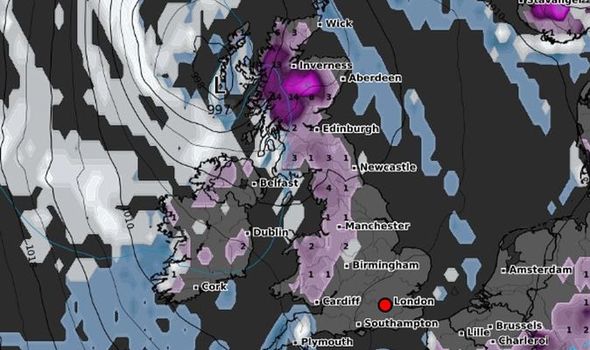 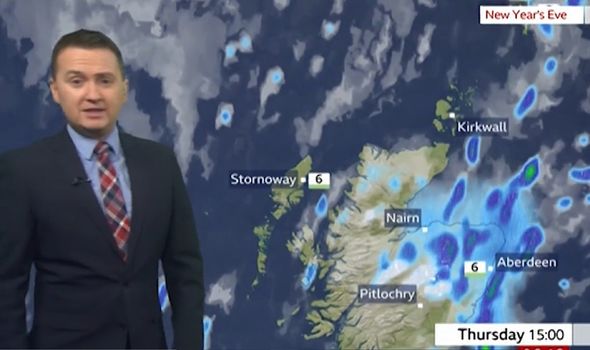 He continued: “There’ll be the odd rumble of thunder with those and more significant snow pushing in towards the north of Scotland, particularly over the Grampians.

“That will turn back to rain as we go through the day.

“Lots of dry and bright weather for much of England and Wales today with some sunshine.

“But there’ll also be some lingering fog patches across parts of East Midlands and East Anglia.” 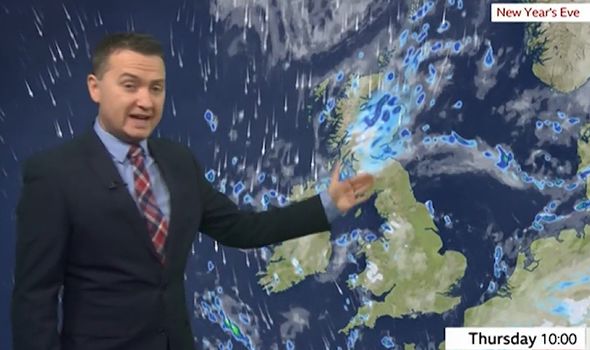 The BBC presenter added: “As we go into the afternoon, some of those will remain.

“The snow turns to rain across the north and east of Scotland. 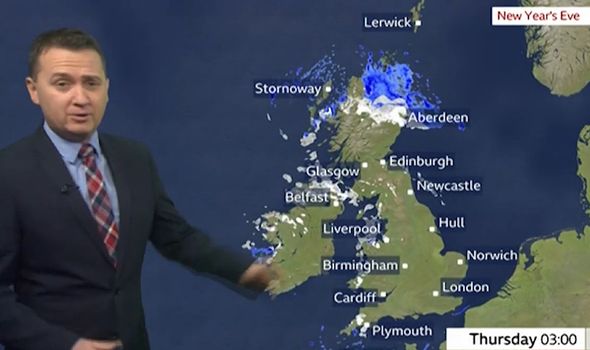 Mr Taylor said: “There’ll still be a fair few centimetres across the tops of the Grampians though.

“There’ll be a covering over the southern uplands too.

“Showers will turn back to rain over Northern Ireland, probably a wetter end to the day here.

“But still some wintry flurries in Wales and the southwest.

“And it’s going to be another cold day, particularly for the south and east, especially where those lingering fog patches are.”