BBC Weather forecaster Louise Lear said there would be weather warnings in place across Europe due to heavy rain and thunderstorms. A wall of rain is expecting to cause unsettled weather across much of eastern Europe. Central and western Europe can also expect windy and chilly weather with shower outbursts.

Ms Lear said: “We are seeing some stormy weather across the south east of Europe.

“There will be a deep area of low pressure bringing some heavy rain, weather warnings remain in force.

“It will be moving out of Italy up into the Balkans and you can see a mass of cloud.

“This mass will continue to track its way steadily north and east out of Austria up through the Czech Republic towards Poland and into the Ukraine.” 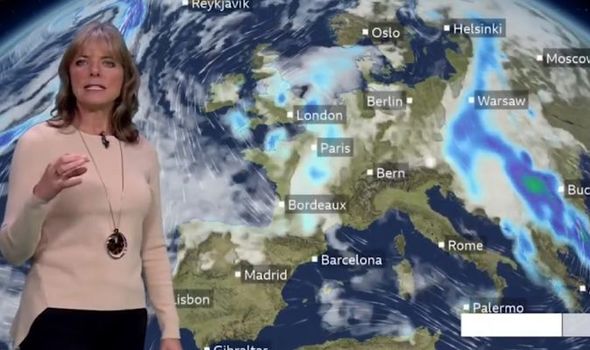 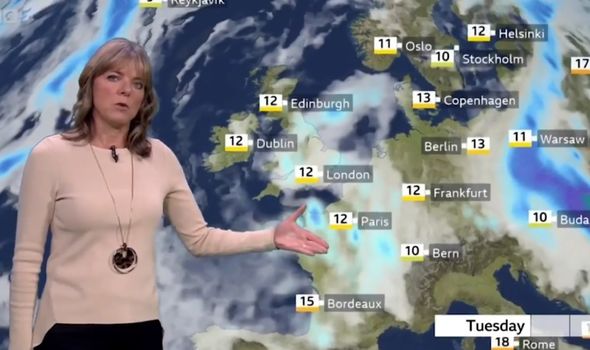 The BBC Weather forecast explained there would be pockets of showers elsewhere in Europe as well.

She noted the heaviest rain would be in countries impact by the large wall of rain in the east of Europe.

She continued: “You can see where the tail end of that front is still going to produce some wet weather into Turkey.

“There will be an improving picture across Greece into Italy with a few showers remaining. 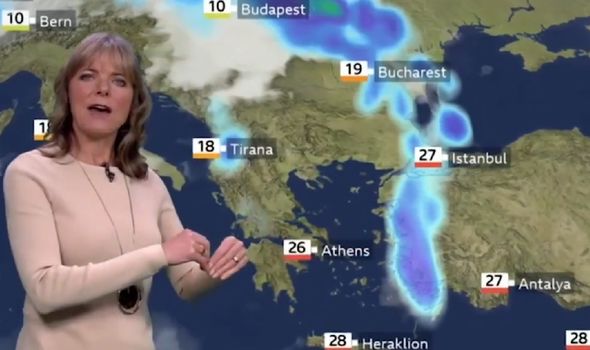 “Not looking so bad through Iberia, Portugal and Spain, even the south of France will be fine.

“However through the north of France we will see quite a lot of cloud, there will be a coolish feel with the northerly wind.”

The wall of rain in the east is expected to push itself more northwards as we go through the week.

Ms Lear said: “That system still continues to push itself north and east on Wednesday. 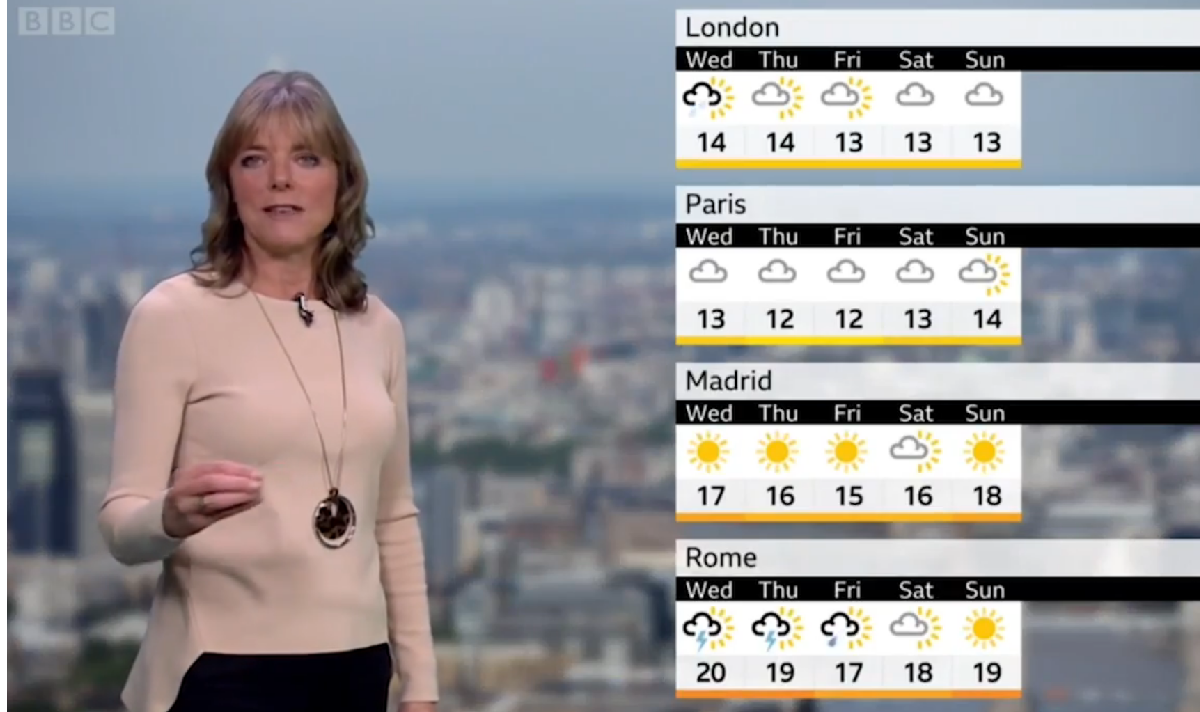 “It is going to move its way up towards Latvia and into parts of Scandinavia.

“Behind it, we will see another area of low pressure moving in and that will gradually move into Italy as well.”

For much of central Europe temperatures will remain in the mid teens with Italy seeing the hottest temperature over the next few days of 20c.