The UK faces a dramatic temperature plunge today, with an 8C drop in parts of the country compared to yesterday. The latest BBC weather forecast showed freezing fog engulfing parts of the UK, sparking official Met Office warnings. BBC meteorologist Matt Taylor said the country “won’t be bringing in the warm air we saw yesterday” as freezing temperatures take hold ahead of the weekend.

Mr Taylor said: “It is looking chilly out there today. Clear skies across the morning has led to frost in parts although it is not completely clear everywhere.

“It is pretty murky across huge parts of the UK, with anywhere from Northern Ireland and southern Scotland southwards.

“It’s areas marked in yellow where the fog is at its most dense, so north-east England and across the Midlands.

“There are Met Office warnings in place, so that could cause a few problems if you have to travel this morning. That will take a while to shift as well.” 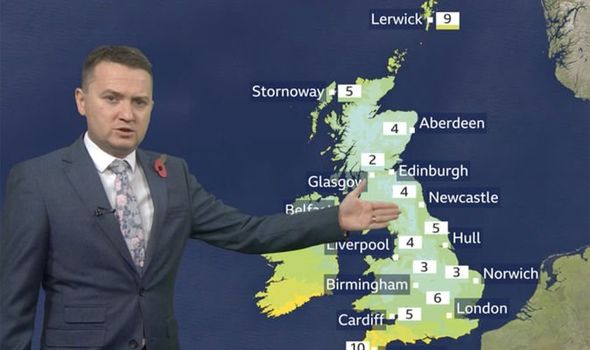 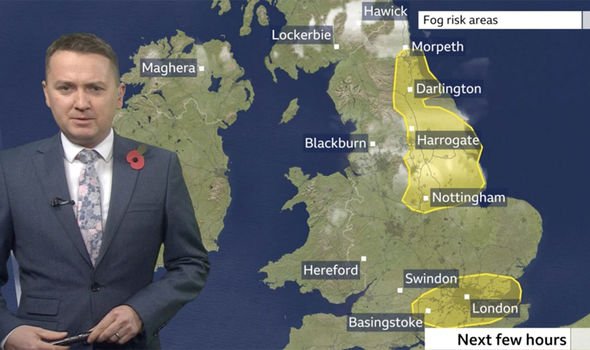 The BBC meteorologist said the fog will generally clear up in the afternoon “although we could see patches of rain in the Western Isles”.

He continued: “We won’t be bringing in the warm air we saw yesterday across eastern Scotland and eastern England.

“It was 18C in Durham yesterday, but it will be about 10C this afternoon. There will be sunshine to compensate.

“Tonight will be a frosty one across the northern half of the country with fog across the south, and towards the east, and parts of southern Scotland as well. 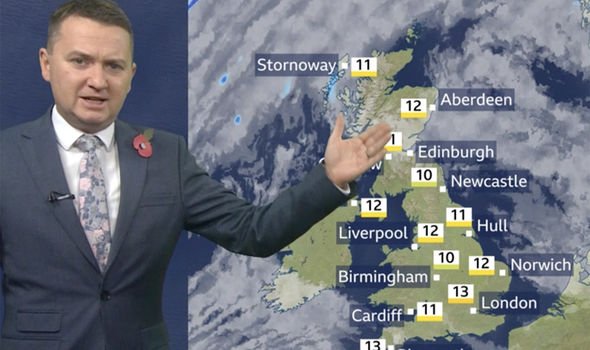 “Tomorrow, there will be a much milder start in the south but it will be a grey day overall.”

The BBC weather map showed temperatures in Glasgow at 7C tomorrow, while there were more than double that with 16C forecast in London on Saturday.

He explained: “The north is where the cold conditions will be while it will be much milder further south. It will be milder for all on Sunday but with splashes of rain in the west.” 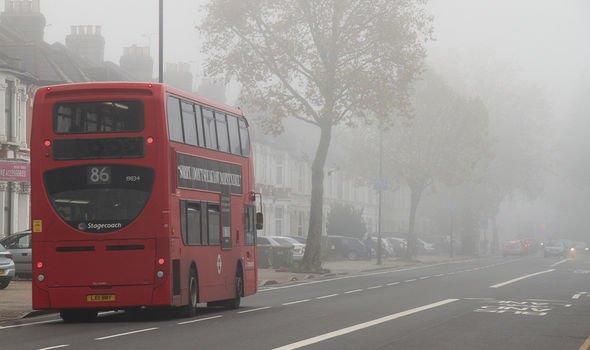 This comes after overnight temperatures into Friday dropped below zero.

John Hammond of WeatherTrending said that November’s “big freeze” is expected to worsen next week, as he forecast an “early winter” later this month.

The Environment Agency continues to issue warnings about flooding, with three in place for today, alongside 13 alerts – following days of rain earlier in the week.