WARNING: This story contains content some may find disturbing. Please read at your own discretion.

Several bears killed a zookeeper in front of a bus loaded with tourists on Saturday in a brutal attack captured on video by zoo visitors in China.

The incident happened in a drive-thru “wild area” where black and brown bears roam free at Shanghai Wildlife Park, according to the park’s website.

Videos posted on Chinese social media show several bears swarming a zookeeper near a pond beside the park’s main road. Tourists can be heard shouting in fear during the attack, though the zookeeper’s body is not visible in the footage.

It’s unclear how the bears got a hold of the zookeeper, but multiple worker jeeps can be seen parked near the pond during the attack. 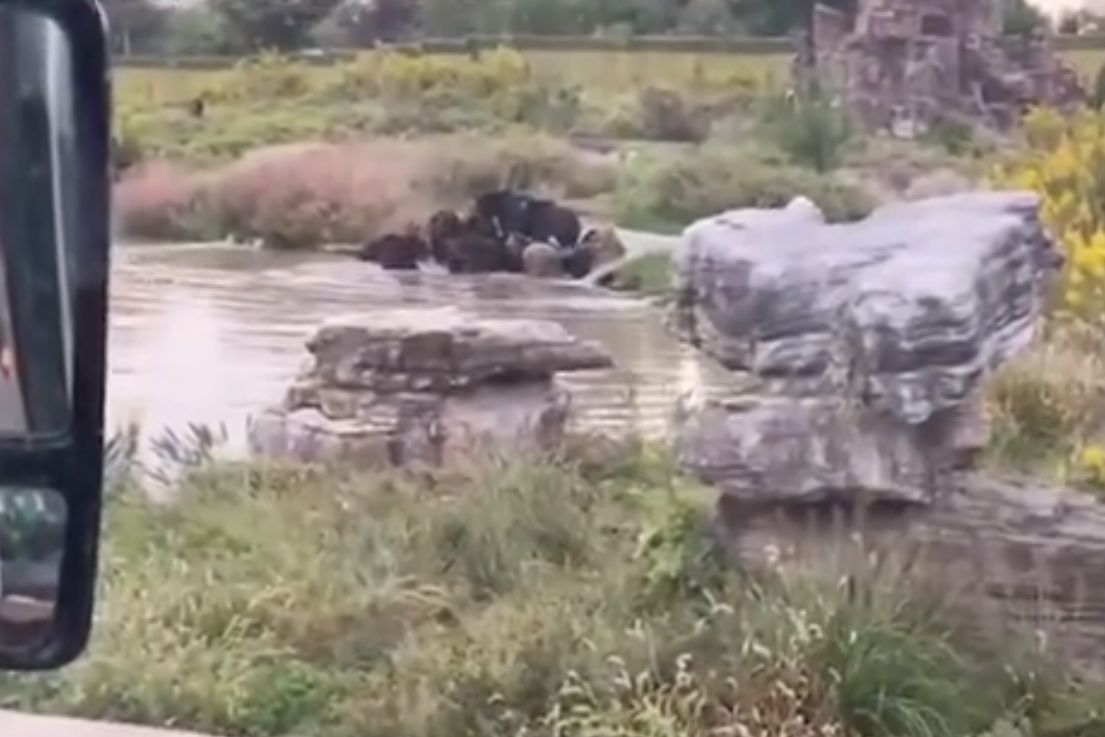 The videos appear to have been shot from a tour bus.

Zoo staff tried to save the fallen zookeeper by driving an excavator into the fray, China’s state-run Global Times reports. The attempt failed and the excavator driver had to hide in the vehicle after the bears turned on him.

The Shanghai Wildlife Park said it was “extremely distressed that such a tragedy occurred,” according to a statement translated by BBC News. The park also provided refunds and apologized to tourists “for any inconvenience caused.”

More than a dozen bears routinely roam free in the park’s wild area, videos show. Tour buses and jeeps at the park are outfitted with cages over their windows, and zookeepers often feed the animals through the caged windows. 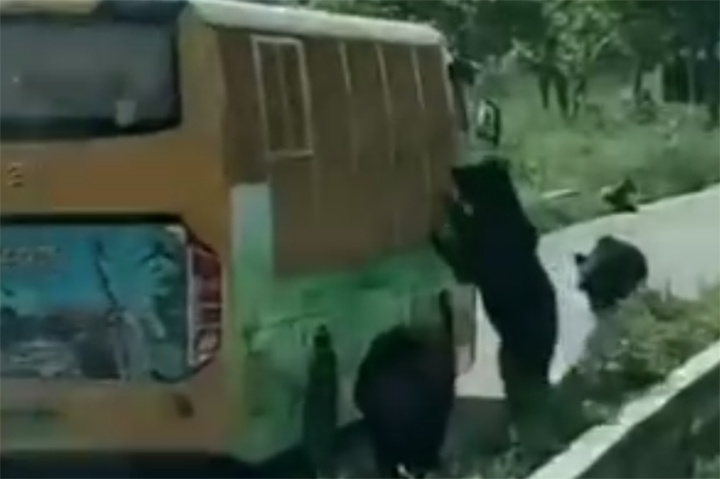 “Animals live in their natural habitat, while humans are kept in a ‘cage,’” the park’s description says.

Videos of the attack sparked an outcry over human and animal safety measures at the park.

It’s not the first time someone has been killed at a drive-through zoo in China. One woman was killed and another injured at a Beijing zoo in 2016, after the two got out of their car while driving through a tiger habitat.