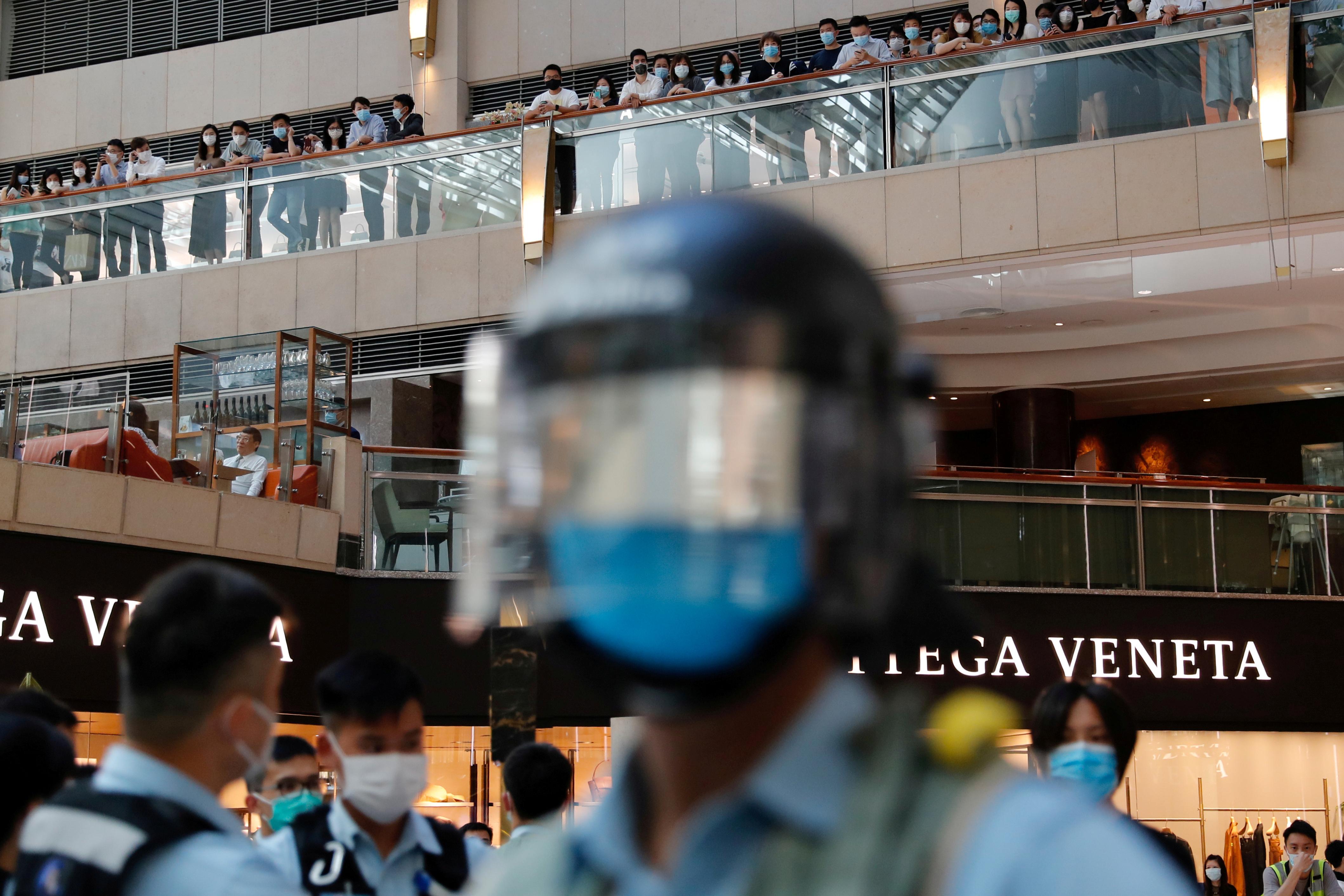 Preliminary results showed a group of young democrats, or “localists”, performed strongly in the elections that drew more than 600,000 votes, reflecting a potential change of guard to a more radical grouping likely to rile authorities in Beijing.

The primary polls are aimed at selecting democracy candidates who stand the best chance of success in September elections for the Legislative Council, Hong Kong’s governing body. Final results are due later on Tuesday.

Many observers see the election as a symbolic protest vote against the tough new security law that punishes what Beijing broadly defines as subversion, secession, terrorism and collusion with foreign forces with up to life in prison.

“The goal of organiser Benny Tai and the opposition camp is to seize the ruling power of Hong Kong and … carry out a Hong Kong version of ‘color revolution’,” a spokesman for the Liaison Office said in a statement just before midnight on Monday.

Luo Huining, the head of the Liaison Office, will have oversight over the implementation of the contentious security law that will also allow mainland security agents to be officially based in China’s freest city for the first time.

Critics of the law fear it will crush wide-ranging freedoms promised to Hong Kong when it returned to Chinese rule in 1997, while supporters say it will bring stability to the city after a year of sometimes violent anti-government protests.

The law has drawn condemnation from Western nations, with the European Union saying on Monday it is working on measures to punish Beijing for the move, including a possible review of EU governments’ extradition treaties’ with the financial hub and offering more visas to its citizens.

The law has also seen countries such as Britain and Canada caution citizens over an increased risk of arbitrary detention in Hong Kong and possible extradition to mainland China where they could face trial in courts controlled by the Communist Party.

Australia last week said it was suspending its extradition treaty with Hong Kong due to the security law and was offering students, graduates and workers in Australia on temporary visas the opportunity to stay and work for an additional five years.

Finland said on Monday the Nordic country’s extradition treaty with Hong Kong should not be applied as the security law means people could be transferred to mainland China.

The U.N. Special Rapporteur on freedom of opinion and expression said on Monday he was “extremely concerned” about the future of Hong Kong following the adoption of the new national security law.