The most powerful explosion to hit Beirut in years shook the ground, leaving some residents thinking an earthquake had struck. Dazed and weeping, some of them wounded, people walked through streets checking to see if relatives were hurt. The blast occurred in the city’s port area, where there were warehouses housing explosives, Lebanon’s state news agency NNA and two security sources said. A third security source said there were chemicals stored in the area.

A witness, Hadi Nasrallah, has said local media do not believe the cause of the tragic explosion.

Speaking to Sky News, he said: “The media are fighting a war about what actually happened or not saying the same thing.

“But another news outlet is saying that they do not believe the fireworks story or any other theory. 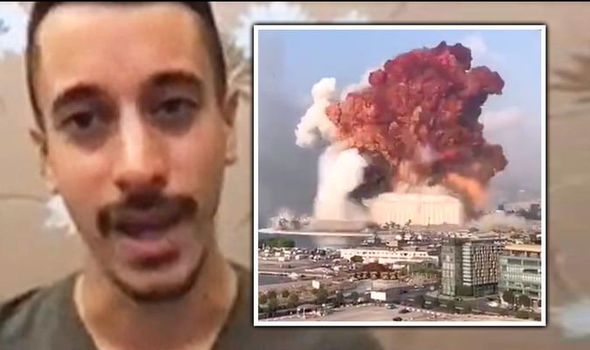 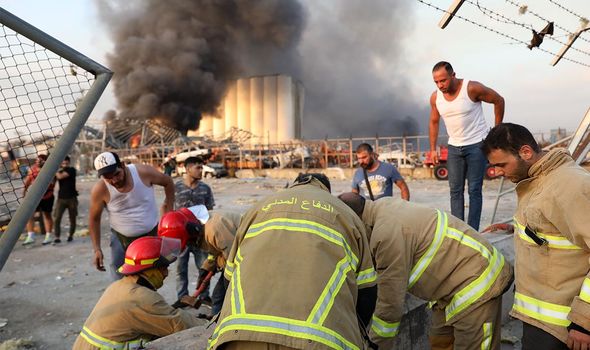 “They’re saying to the Government it must be something hidden in the area that has something to do with explosions or chemicals that are used for explosive material.

“Right now, we have no information to confirm any theory so I think we have to wait for investigations and the words of experts.”

The cause of the blast is currently unknown.

The US State Department is closely following reports of an explosion in Beirut and stands ready to offer ‘all possible assistance’, a spokesperson for the agency said, as a massive blast ripped through the Lebanese capital.

The Department has no information about the cause of the explosion, the spokesperson said and added that the agency is working closely with local authorities to determine if any US citizens were affected in the incident.