Pictures of dockside warehouses filled with huge sacks of the volatile chemical, which is used as a fertiliser but also in bombs, have emerged on social media. President Michel Aoun said 2,750 tonnes of ammonium nitrate had been stored for six years at the port without any safety measures which he described as “unacceptable”. A ship carrying a similar quantity of the chemical is understood to have unloaded its cargo at the port in 2013.

Those responsible will pay the price

Prime Minister Hassan Diab promised there would be accountability for the blast at the “dangerous warehouse” and said: “Those responsible will pay the price.”

Officials have not said what caused the initial blaze that sparked the enormous explosion but a security source told local media it was started by welding work being carried out on a hole in the warehouse. 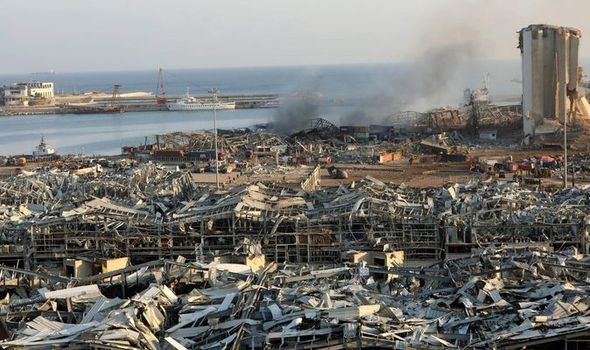 Ammonium nitrate is a common industrial chemical used mainly as a fertiliser because it is a good source of nitrogen for crops.

But it is also one of the main components in mining explosives.

Gabriel da Silva, a senior lecturer in chemical engineering at the University of Melbourne, said ammonium nitrate was not explosive on its own but was an oxidiser which draws oxygen into a fire and makes it much more intense. 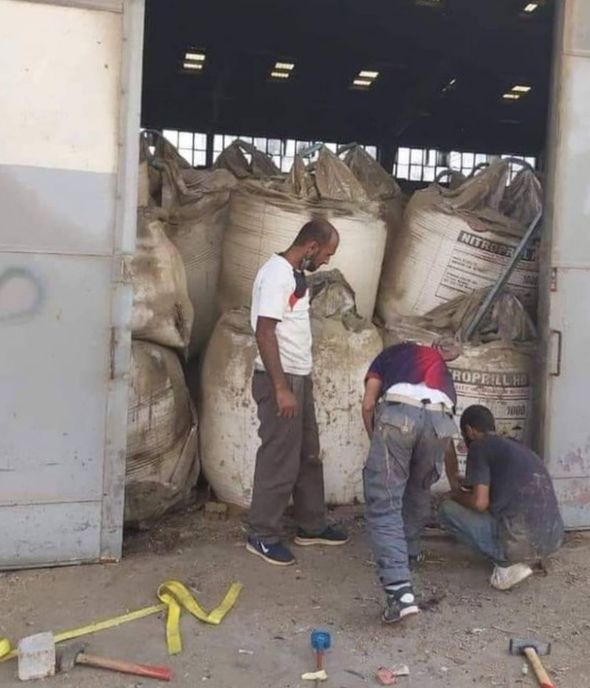 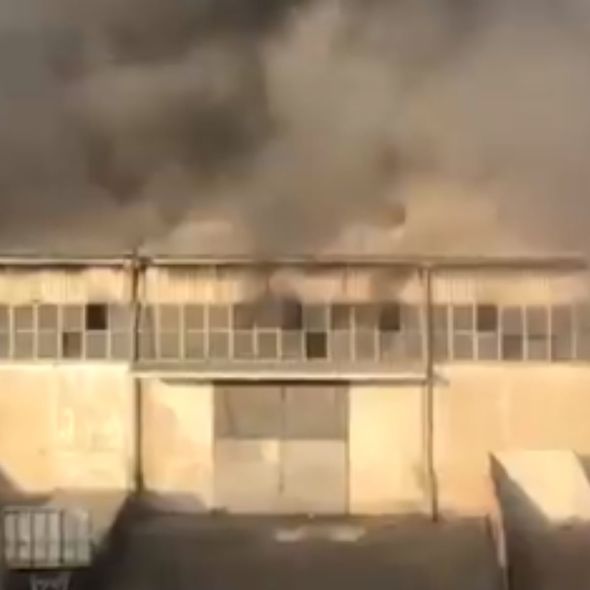 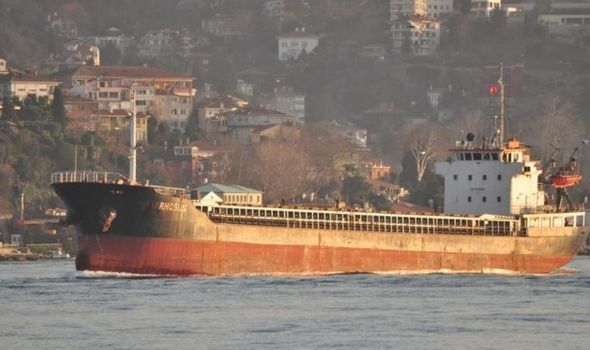 He said it would only explode under the right conditions which are difficult to achieve.

Mr da Silva said ammonium nitrate could be actually be used to extinguish a fire but becomes unstable and highly explosive if contaminated by substances such as oil.

Footage of yesterday’s explosion showed a column of smoke rising from the port followed by an enormous blast which sent a white mushroom cloud and a fireball into the sky.

Those filming the blast from high buildings a mile from the port were thrown backwards by the powerful shockwaves.

The explosion was heard throughout Cyprus about 100 miles away.

Parts of strife-torn Beirut were destroyed in the explosion which killed at least 100 people and injured 4,000 more.

Rescue workers are still digging through rubble looking for survivors and warned the final death toll was likely to be much higher.

DON’T MISS
What caused Beirut explosion? What is ammonium nitrate?[ANALYSIS]
Beirut explosion: Huge blast in Lebanon[VIDEO]
Lebanon map: Where is Beirut? Is there a civil war?[MAP] 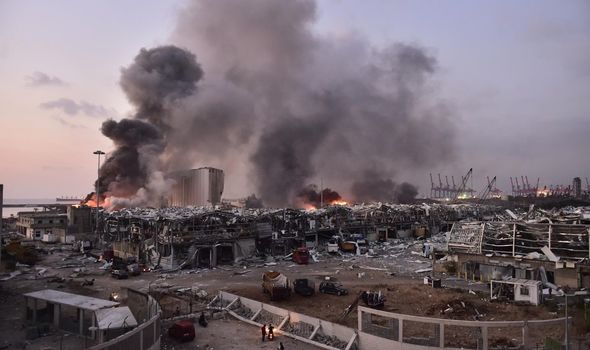 “This is a catastrophe for Beirut and Lebanon.”

The US embassy in Beirut warned residents about reports of toxic gases released by the blast, urging people to stay indoors and wear masks.