MOSCOW (Reuters) – The political crisis rocking Belarus presents a foreign policy challenge for President Vladimir Putin, who wants to keep the country firmly in Moscow’s orbit, and there are early signs that it might also cause problems for him at home. 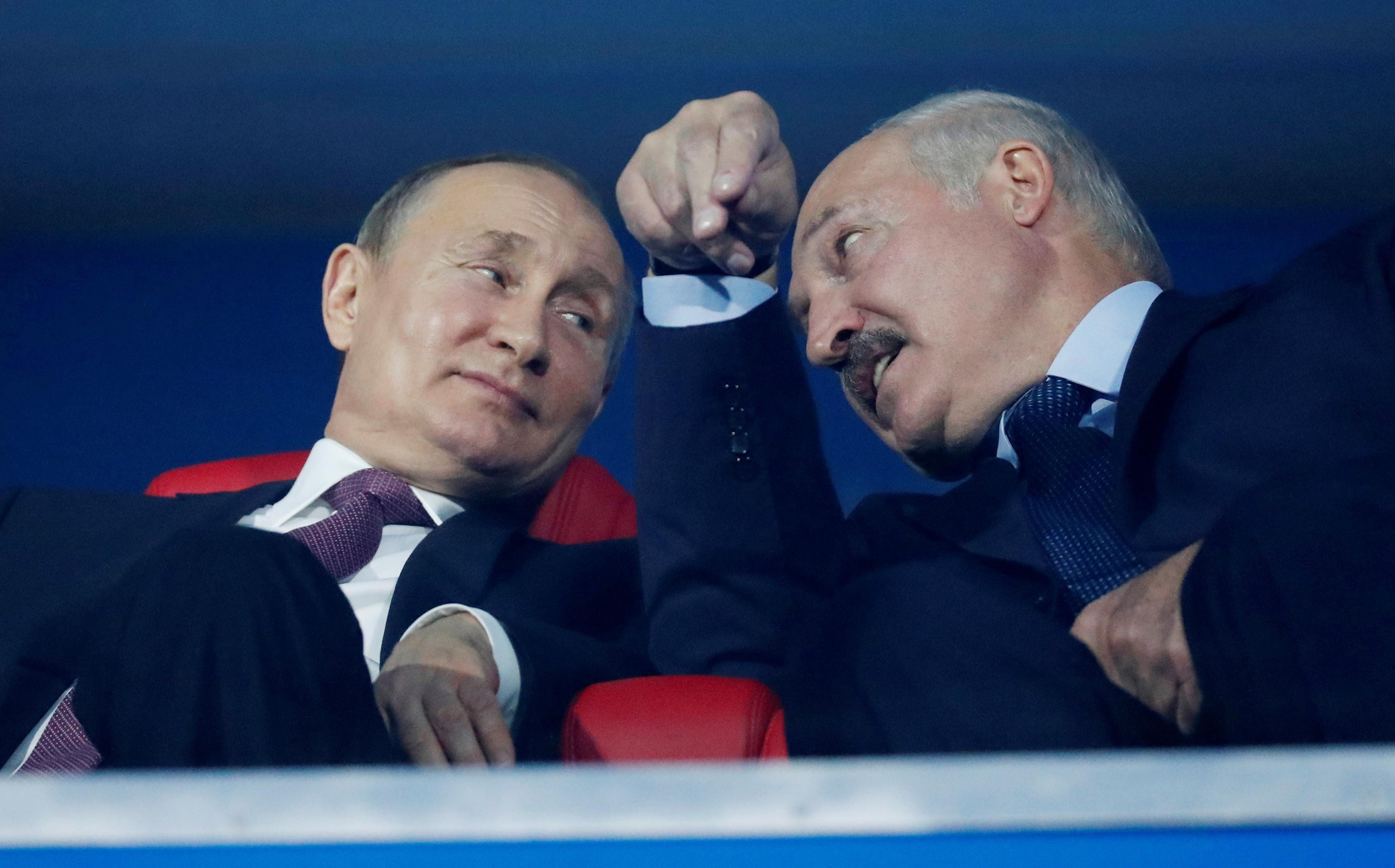 Belarusian President Alexander Lukashenko ordered police on Wednesday to end 10 days of protests in the capital Minsk following his claim of a landslide victory in an Aug. 9 election. The opposition say the vote was rigged.

Events in Belarus are seeping into Russian politics.

Some anti-Kremlin protesters in Russia’s far east, who have demonstrated for six straight weeks against what they regard as Putin’s mishandling of a local political crisis there, have started chanting “Long live Belarus!” in support of the protesters in Minsk, 9,000 km (5,590 miles) to the west.

The protests in the far eastern city of Khabarovsk are unusual by Russian standards for their longevity and scale.

One hand-drawn placard said: “Khabarovsk is with you, Belarus.”

The man holding it, who did not give his name, said Belarusians and Russians had both run out of patience with what he called unfair political systems.

“I see parallels between Belarus and Khabarovsk,” the man told Current Time TV. “Not because we’re all protesters, but because we are united by the same thing: the right to vote and take part in honest elections.”

Supporters of leading Russian opposition politician Alexei Navalny in Moscow say they are also closely watching the developments in Minsk and trying to learn lessons for what they expect eventually to unfold in Russia.

Culturally, politically and economically, Belarus is the ex-Soviet republic with the closest ties to Russia, including a treaty that proclaims a “union state” of the two countries with a Soviet-style red flag.

Putin is not Lukashenko, however, and there are no serious threats to his rule on the horizon. But that closeness and the fact that the two countries share a common language — Russian — mean that events in Belarus are starting to influence Russia’s own political landscape.

Russia’s much greater size and its more socially divided society make a repeat of the Belarusian scenario unlikely for now, said Andrei Kolesnikov, a senior fellow at the Carnegie Moscow Center.

But the spectacle of tens of thousands of Russian-speakers demonstrating against an autocratic leader who, like Putin, has been in power for over two decades would be unsettling for the Russian leader, he said.

“Here (in Belarus) is an example for Russian civil society,” said Kolesenikov. “So it’s of direct interest to Putin. For him, the Belarusian protests must be unsuccessful as it would be uncomfortable for him to see a protest success story in a neighbouring ‘brotherly’ state.”

Putin has spoken to Lukashenko several times since the crisis begun and told him Russia will help militarily if necessary, a moment the Kremlin believes has not yet come.

Putin’s opponents have struggled for years to make an impact in Russia’s tightly-controlled system, but are now drawing inspiration from the protests in Belarus.

Ahead of regional elections involving 40 million voters next month, veteran anti-Kremlin activist Navalny is using Belarus to try to persuade Russians to back candidates he supports.

In an Aug. 14 appearance on his YouTube channel, Navalny spoke excitedly of how successful strikes by key workers in Belarus had forced authorities to start engaging with protesters.

Video clips of Belarusian workers declaring they had voted for the opposition accompanying his commentary were labelled “Russia of the future”.

One of his aides, Leonid Volkov, said he and fellow activists were monitoring the Belarusian authorities’ tactics.

“We’re carefully watching Lukashenko’s attempts to switch off the internet,” Volkov wrote on Twitter. “It’s really important because without doubt the same things await us in Russia.”

Activists believe they may face a Belarusian scenario when Putin comes up for re-election in 2024 after he successfully got the constitution changed to allow him to run again for president twice.

“In today’s Belarus we can see ourselves in the near future,” said opposition politician Dmitry Gudkov.

“The opposition candidate gets 80% and the dictator is struggling to get 10%, but the election commission simply swaps the results.” 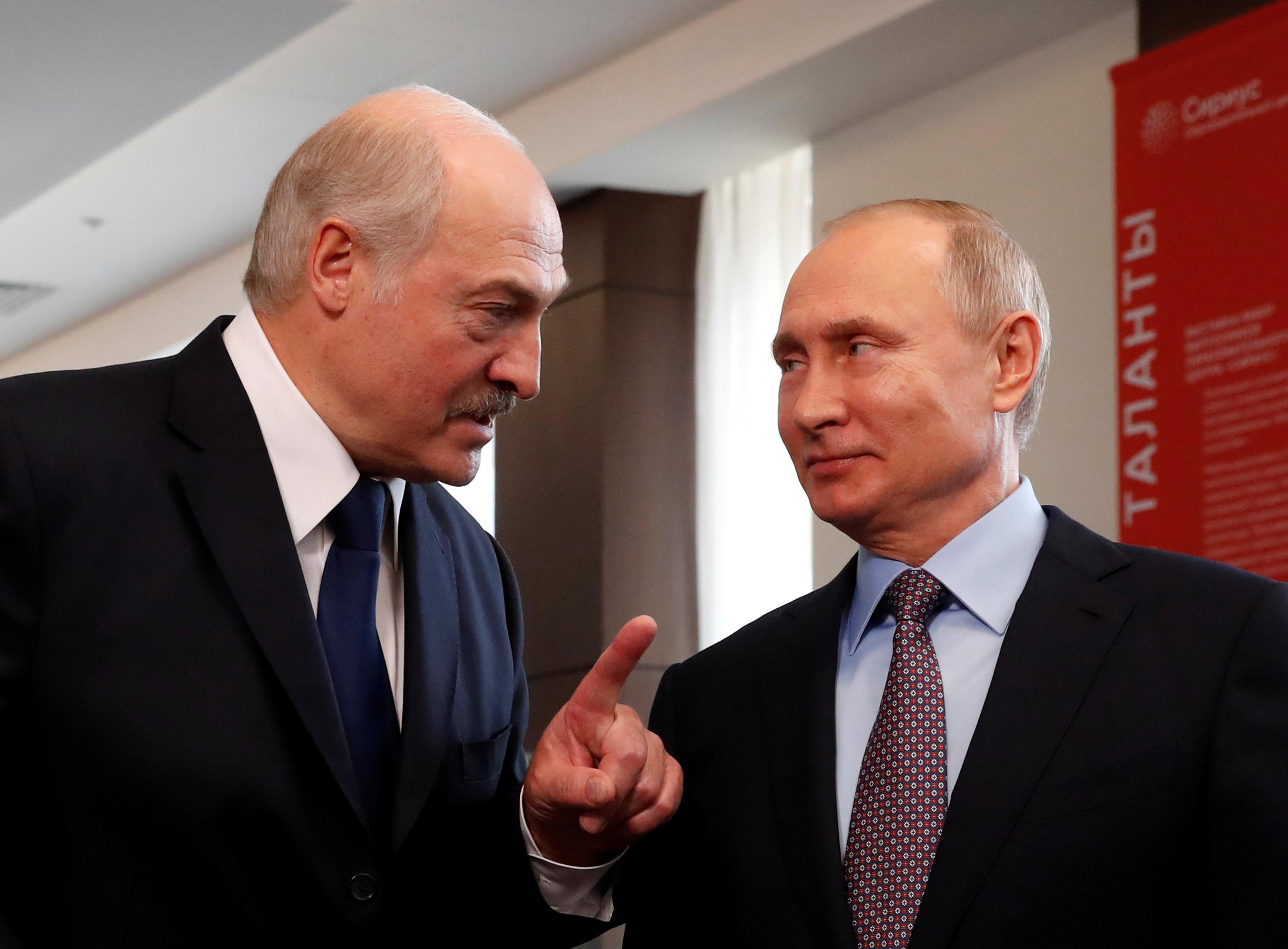 There are signs that the Kremlin is alive to the potential threat.

State-backed media, after initially depicting the Belarusian opposition in a sympathetic light, have begun to change tack, talking of foreign meddling, a purported long-standing Polish interest in dominating the region, and ‘coloured revolutions’ – a reference to previous uprisings in Georgia and Ukraine.

The spectacle of hundreds of Belarusians picketing their country’s embassy in central Moscow was also too much for the Russian authorities, who cleared them off the streets and threw their placards and protest materials into nearby bins.