Huge protests erupted across Belarus last night after it emerged President Alexander Lukashenko had been re-elected by a landslide majority. Opposition candidate Svetlana Tikhanovskaya has rejected the official election result, claiming the poll was rigged. Thousands of people have condemned the election and took to the streets, prompting President Lukashenko to claim the protests were the brainchild of foreign powers.

Mr Lukashenko, who is often referred to as Europe’s last dictator since he came to power 26 years ago, made the shocking accusation after his landslide victory was announced.

At a meeting with the Chairman of the Executive Committee, Sergei Lebedev, the President said: “This is a holiday. Someone wanted to ruin this holiday.

“We saw them…. We recorded calls from abroad.

“There were calls from Poland, Great Britain and the Czech Republic, they controlled our, excuse me, sheep: they do not understand what they are doing, and they are already beginning to be controlled.” 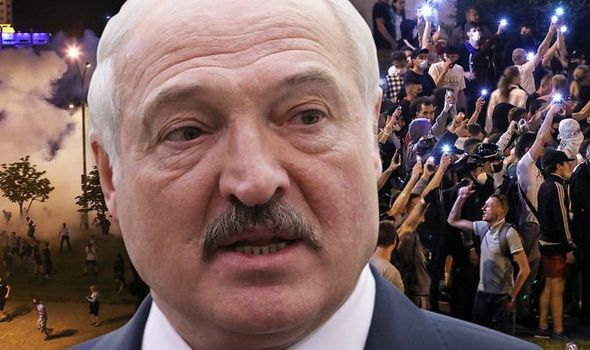 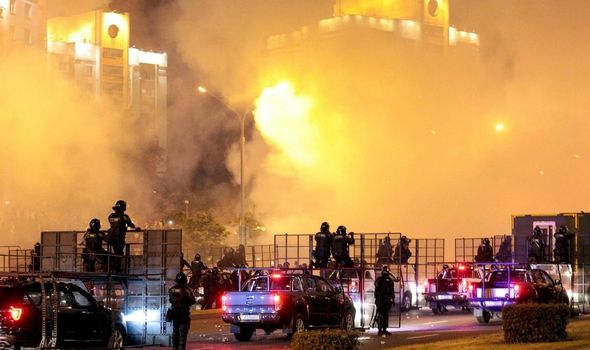 On Monday the country’s election commission reported Mr Lukashenko had won by 80.23 percent.

Svetlana Tikhanovskaya, the main opposition candidate took just 9.9 percent of the vote, but she has rejected the result and condemned the election as massively rigged.

She told reporters in the capital, Minsk, earlier today: “I will believe my own eyes – the majority was for us.”

The former English teacher added: “The authorities are not listening to us. 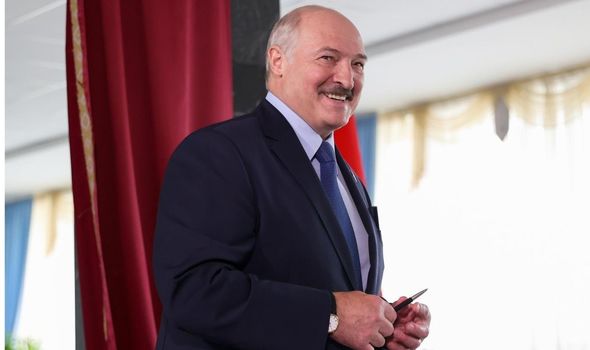 “The authorities need to think about peaceful ways to hand over power. Of course we do not recognise the results.”

There have been widespread reports of vote-tampering but the government has strenuously denied such claims.

Ms Tikhanovskaya said she considered herself the election winner.

Her aides said the opposition wanted a vote recount at polling stations where there were problems.

They have also said it is ready for long-term protests and to hold talks with the authorities about how to bring about a peaceful power transition. 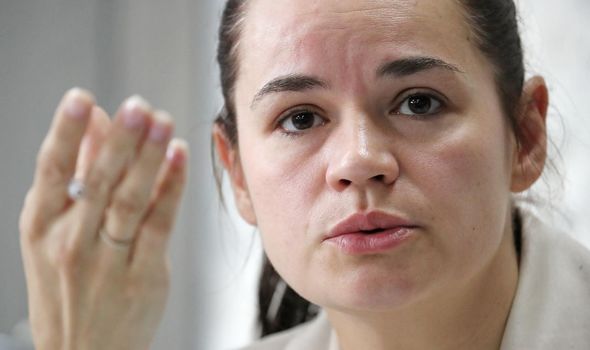 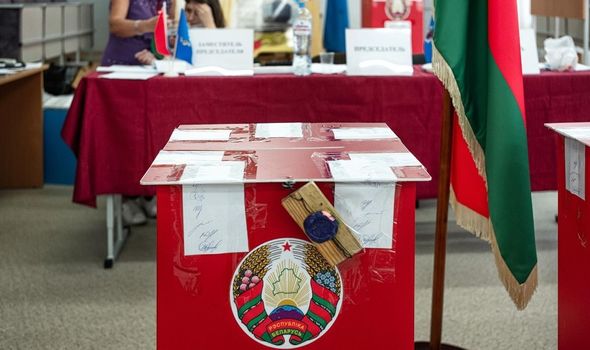 Ms Tikhanovskaya’s running in the election was fairly last-minute as she took the place of her husband, an anti-government blogger, after he was arrested.

But the 37-year-old soon drummed up swathes of support, with her campaign drawing the biggest crowds in Belarus since the 1991 fall of the Soviet Union.

The reports the election was rigged led to unprecedented protests in cities across the country on Sunday, with people rallying in support of Ms Tikhanovskaya.

After polling stations closed, Belarusian police fired water cannons and used stun grenades to quell protests that erupted in the capital and in other cities. 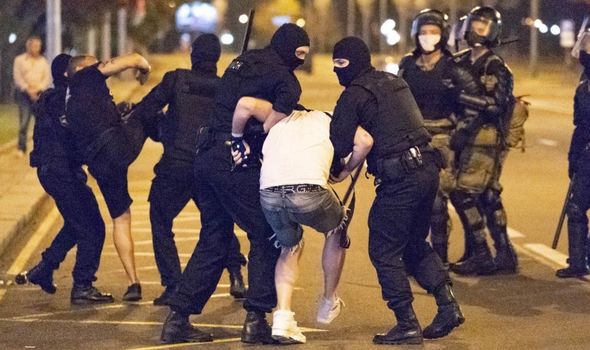 Dozens of protestors were injured in the violent clash, and at least one demonstrator was killed, a rights group said.

Belarusian authorities have denied that anybody was killed in the protests.

Several European countries, including Germany, Poland and France have condemned the force used by authorities against protestors. 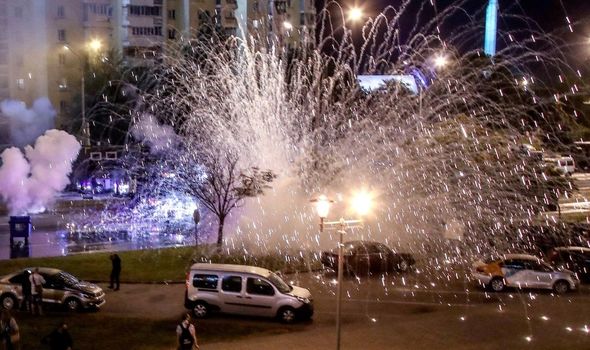 The European Union’s foreign policy chief and its commissioner for enlargement has said the election was marred by “disproportionate and unacceptable state violence against peaceful protesters”.

Josep Borrell and Oliver Varhelyi said in a joint statement: “We condemn the violence and call for the immediate release of all detained during last night.

“The Belarusian authorities must ensure that the fundamental right of peaceful assembly is respected.”

Berlin has said there are indications of fraud in the presidential election.