Anti-aircraft missiles will be fired in the drills which are “part of the protection of the state border in the airspace”, the defence ministry said. The announcement of the military exercises on Tuesday came a day after embattled President Alexander Lukashenko was booed by a hostile crowd of factory workers as he tried in vain to get support.

Slapping down widespread calls for a fresh vote, the dictator said: “We held elections already.

“Until you kill me, there will be no other elections.”

The military exercises come as Mr Lukashenko’s government resorted to handing out medals to security forces in a sign of growing desperation. 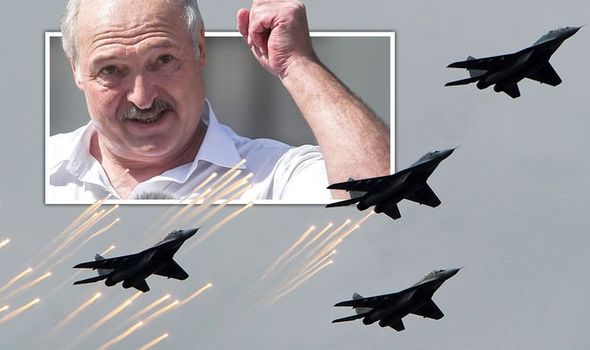 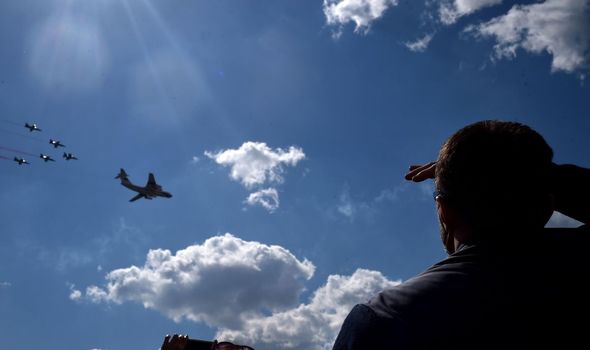 The Interior Ministry acknowledged some police had quit their posts in response to calls from opposition leader Sviatlana Tsikhanouskaya.

In a statement, the ministry said the desertions amounted to only a “small proportion” of the country’s police force.

Videos have appeared on the internet in recent days showing some junior officers throwing their uniforms into dustbins.

The statement read: “We will not judge the small proportion of police officers who have today left the service out of personal convictions.” 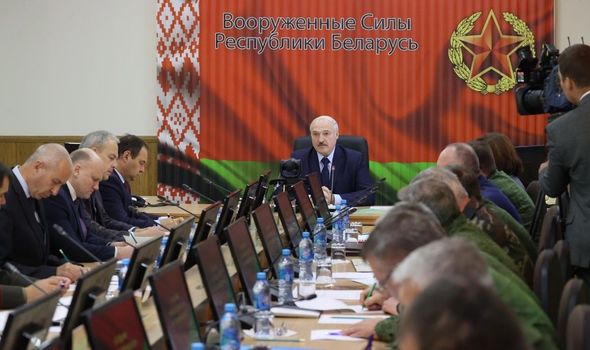 It added: “If the entire police force today takes off its badges, who will protect those Belarusians while the other part takes to the street to give its opinions?”

The ministry statement said protesters were a minority and that most of the population wants to live in peace.

In televised remarks to his Security Council of top brass, President Lukashenko described plans by the opposition to set up a headquarters later on Tuesday as an “attempt to seize power” and said the authorities would respond with “adequate measures”. 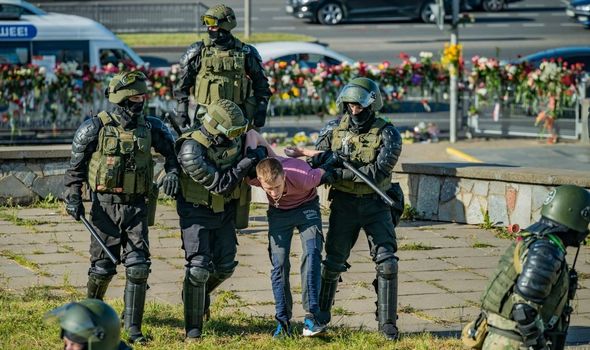 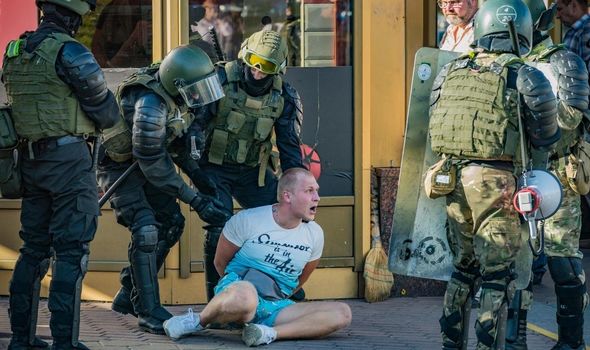 He also touched on defence, saying that the military had reinforced its western borders.

Earlier on Tuesday, he awarded medals “for impeccable service” to law enforcement officials who have helped him crack down on protesters demanding he step down.

At least three protesters have been killed and thousands detained in the crackdown that followed the election.

Many of those detained have complained of torture, cramped conditions and starvation rations.

Multiple people who have been released have presented injuries consistent with beatings.

Attention is firmly focused on how Russia’s President Vladimir Putin will respond to the biggest political crisis facing an ex-Soviet neighbour since 2014 in Ukraine. 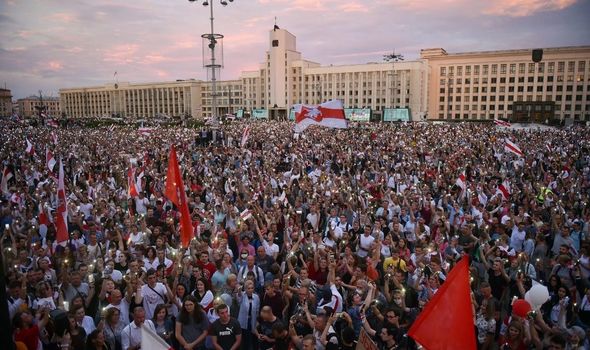 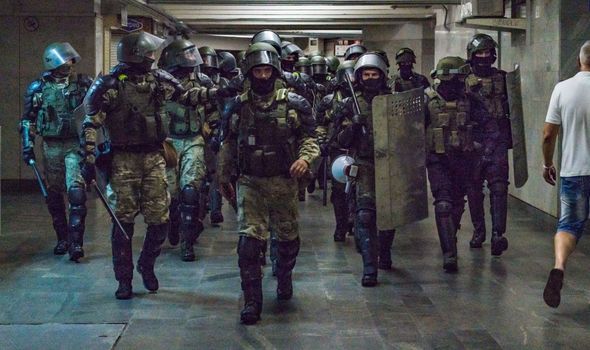 The chaos in Belarus comes six years after Moscow intervened militarily following the toppling of a friendly leader.

Of all former Soviet republics, Belarus is closest to Russia culturally, politically and economically.

European officials say the situation in Belarus is different from Ukraine’s six years ago, in part because the Belarus opposition is not necessarily seeking to loosen ties with Russia, merely to get rid of Mr Lukashenko