The work of art, called “Cristo del Miserere,” is a wooden statue that adorned the Church of Santa Agueda in Sotillo de la Ribera, Spain, but was damaged a few years ago, leading to conservationists being called in. Madrid-based Da Vinci Restauro were fixing the monument, when one of the restorers – Gemma Ramirez – noticed something was hiding inside one of the cracks. Ms Ramirez and her colleague initially thought there could be insects inside that often feed on decaying wood, but the duo carefully put blocks under the statue to reveal a hidden compartment in Jesus’ rear.

They looked inside and spotted two tiny, handwritten scrolls.

The notes dated back to 1777 and were signed by Joaquin Minguez, priest of the cathedral of Burgo de Osma at the time, making reference to Manuel Bal, the sculpture, and five other statues in the Santa Agueda Church.

Ms Ramirez told MailOnline in 2017: “The document of the 18th century appeared when we were dismantling the Christ of the cross.

“The wood is hollow inside, and the sculptor introduced the two letters, which we have found. 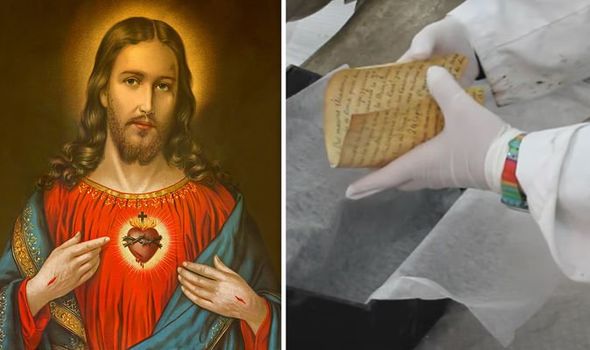 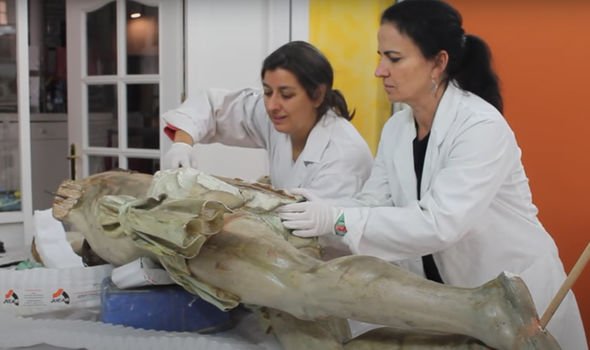 “The document found talks about life in the town in 1777, the author, the local economy, games and customs of the time.”

In his letters, Mr Mínguez paints a picture of the region’s day-to-day economic and cultural activities, describing the successful harvests of various grains like wheat, rye, oats, and barley and stores of wine.

Away from village life, Mr Mínguez details Spain’s political climate, writing that King Carlos III is on the throne and that the Spanish court is in Madrid.

The letter even contains a mention of the Spanish Inquisition, which lasted from 1478 to 1834 and also various diseases that had wreaked havoc on the country. 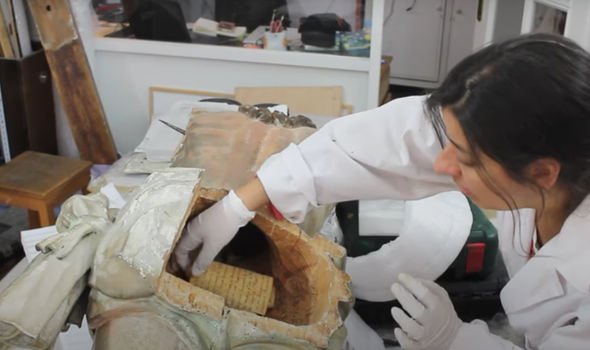 Historian Efren Arroyo told Spanish newspaper El Pais that the wide-ranging nature of Mr Minguez’s letters mean he likely intended them to be a kind of “time capsule” for future generations.

He added: “Although it is usual for many sculptures to be hollow, it is not so much to find handwritten documents inside.

“It is amazing because it really is unique to find hidden handwritten documents inside such statues.”

Da Vinci Restauro created a re-enactment video showing how its artists came across the amazing find and shared it on their YouTube channel in 2017. 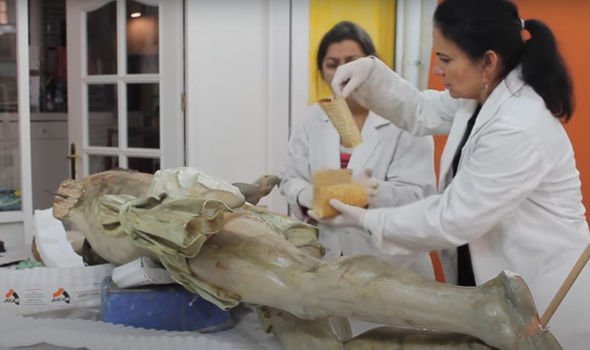 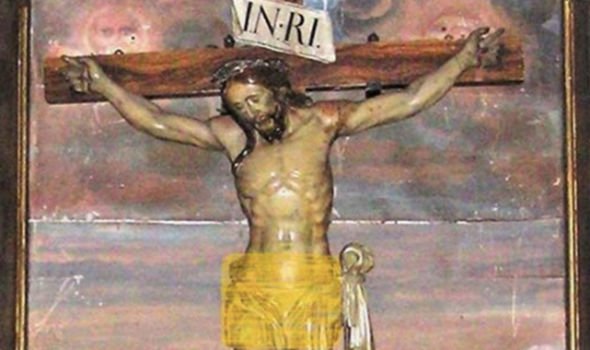 After examining the letter, the team created a pH-neutral re-creation, which means it was neither acidic or basic and so would not damage the sculpture.

The original documents were sent for safekeeping by the Archbishop of Burgo, but they re-inserted the copy, along with their own letter describing modern times.

The statue can now be found back inside the church of Santa Agueda in the village of Sotillo de la Ribera in the northern Spanish province of Burgos.