Juan Luis Vives was a Jewish Spaniard and a renowned humanist academic at the time, who fled Spain to avoid the Inquisition, which was targeting Jews in the 16th century. Lord High Chancellor of England, Sir Thomas More, offered him the job to tutor Princess Mary, daughter of Catherine of Aragon and Henry VIII, which he accepted and became a well-known member of the Tudor court. But he is “missing from the English history books,” according to Tim Darcy Ellis, a former professional archaeologist-turned author, who has written a fascinating novel on Mr Vives based on historical accounts.

In his book, ‘The Secret Diaries of Juan Luis Vives,’ Mr Ellis explores the 500-year-old tale of how the scholar became trapped in the divorce feud between Henry VIII and his first wife.

To do this, the author pieced together extracts of Mr Vives’ original writings to work on a fictional account of his life – and, in doing so, made some remarkable discoveries.

He revealed to Express.co.uk how there was much more to the academic who later gained the title as the “father of modern psychology”.

Mr Ellis said: “At school, I was only taught English history and it was very much the Seventies and Eighties – a post-colonial, post-war era – as well as reading books from the Twenties and Thirties. 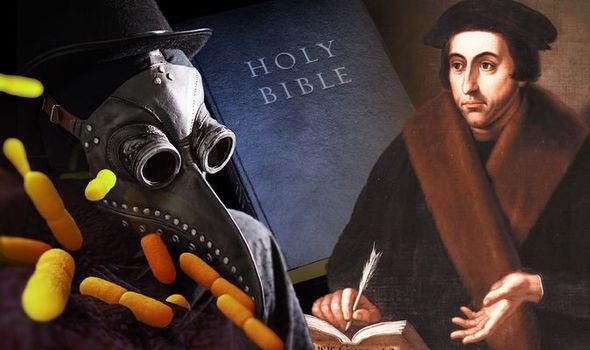 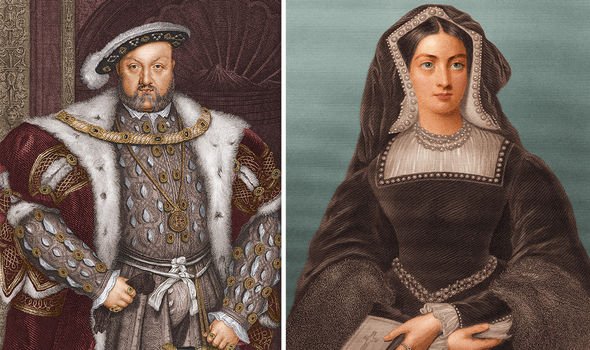 “I feel like you just accepted that narrative and didn’t ask too many questions.

“Many Spanish characters were seen as dark and sinister, plotting and wanted to see the Queen get her head chopped off – I feel like we almost saw them as the enemy and didn’t look at any potential over how they contributed.

“I feel like with Vives, he really improved society for a lot of people in England at the time, especially women, poor people and those with sickness.

“I’ve gained this understanding through his writing, he was quite keen, when he was talking to someone, to really psychoanalyse them.”

While in England he resided at Corpus Christi College, Oxford, where he was made doctor of laws and lectured on philosophy. 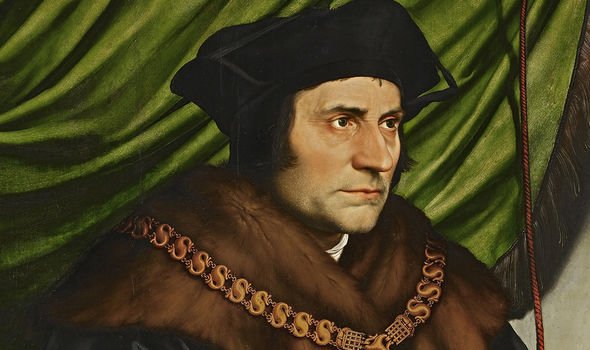 Mr Vives was championed with being the first to shed light on some key ideas that established how psychology is perceived today.

The author explained: “He would look into people’s body language and their mood, as well as their tone and choice of words they would use.

“He was looking at things like Post Traumatic Stress Disorder (PTSD) – he had a lot of trauma as a child – his aunt and cousin were burnt at the stake and his father was arrested by the Inquisition.

“So he talks about how you get a triggering event in life, like smelling burning on a bonfire and it takes you back to that panic state.

“He also wrote about what we would call addition now, saying if you have a great passion for something that is destroying your life, you need to find another passion to take its place. 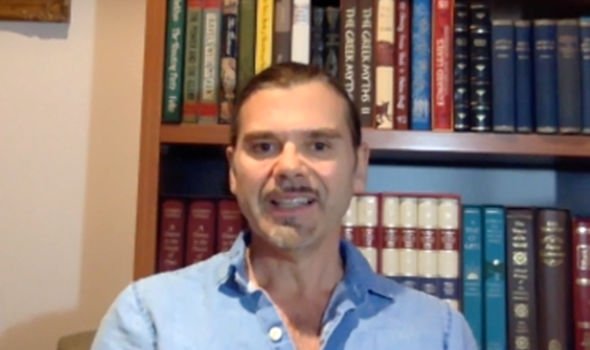 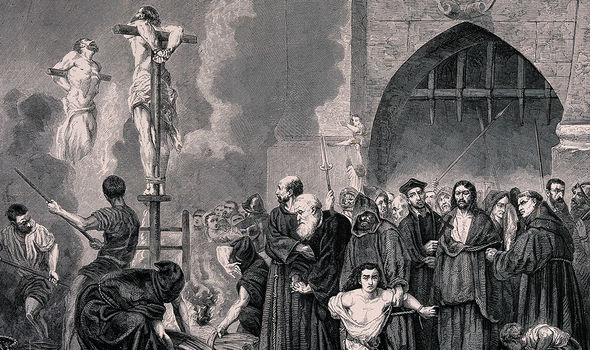 “So he was talking about PTSD, mood and affect, depression and addiction back in the 1520s.”

Mr Vives was also writing at a time after disease had run rampant around the world during the Middle Ages.

He had witnessed the first-hand effects of the bubonic plague, which had caused the Black Death in the 14th century.

Mr Ellis added: “He was known as Doctor Vives and we know he visited hospitals in London.

“His mother died of what was probably bubonic plague when he was just nine and her body was later exhumed and burnt at the stake – having been seen visiting a clandestine synagogue years before.

“Vives knew a thing or two about diseases, and he was a great advocate for public healthcare – provided by the state, not the Church. 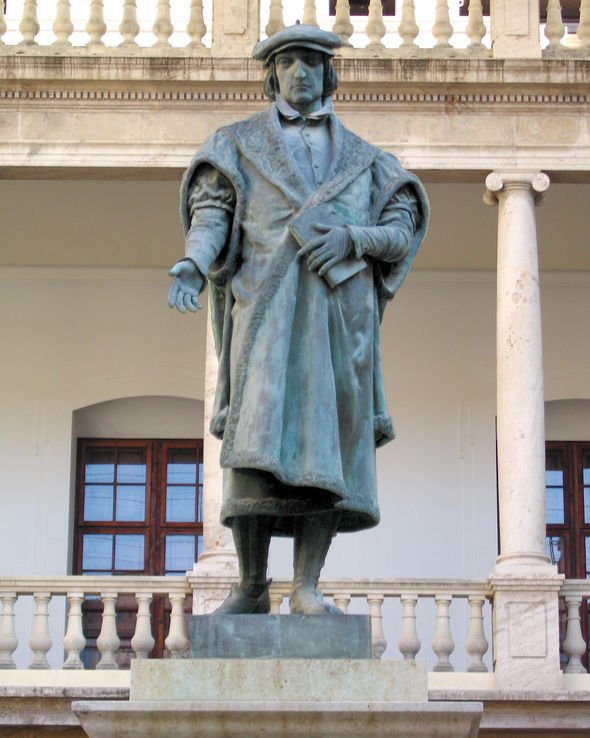 “He understood the importance of cleanliness – washing his hands in water that had been left in a silver dish – the silver disinfects the water, before eating.

“He washed meticulously and placed a great deal of importance on ‘cleanliness is next to godliness.’

“He would have studied the Book of Leviticus in-depth, which deals with infectious diseases and he would have been familiar with its rules about quarantine and cleanliness’ and advocated them.”

Not only was Mr Vives concerned about physical and mental well-being, but Mr Ellis claims he may have also been one of the first people to advocate for a “League of Nations” style agreement to promote peace.

He added: “With his background, what he had seen and his philosophy on life, he was definitely a pacifist – and one of the earliest ones too.

“He was always writing about peace, that it’s the duty of the kings and the Pope to pursue peace at all costs and he thought no war is greater than peace. 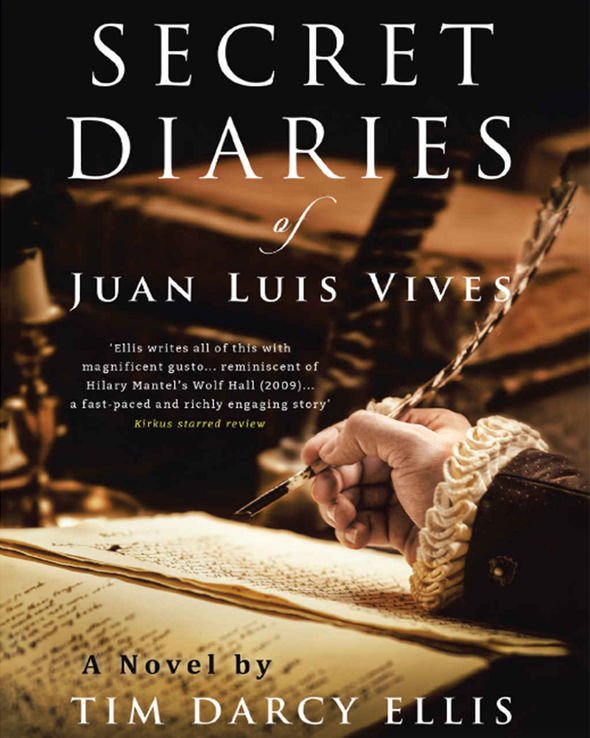 “He was very much committed to the survival of the Jewish people and knew he could only ensure that if the Christian rulers would take care of everyone that was living in their realm, whether they were Protestant, Catholic, Jewish or Muslim.

“So he was really ahead of his time, the idea of a League of Nations was to develop a list based on humanistic principles that we do good for each other regardless of what religion we come to prevent war.”

Mr Ellis tells the gripping tale of the Jewish Spaniard, who fled the Inquisition in 1522 and became a close confidante of Henry VIII and Catherine of Aragon.

While publicly navigating life as a ‘New Christian,’ Mr Vives was quickly drawn into the world of London’s Jewish community.

Inside the Tudor court, both the King and Queen sought his assistance to support their opposed demands in settling their divorce.

Mr Vives risked his life by “ripping into” the King and “working both sides” to his own benefit but would escape England and live to tell the tale.

‘The Secret Diaries of Juan Luis Vives’ is published by Tellwell Talent and available to purchase here.