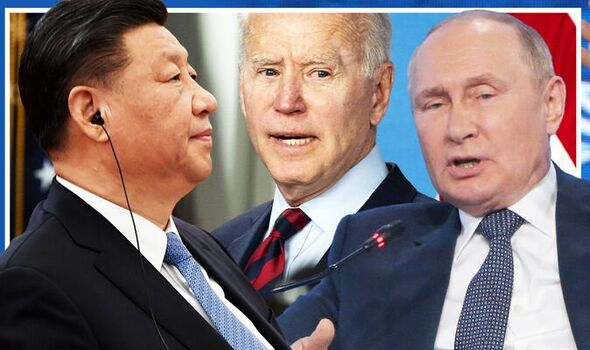 During a meeting to discuss how to continue supporting Ukraine in the long-term in countering Russia’s illegal invasion, Defence Secretary Lloyd Austin said countries could work together to train Ukrainian forces and improve their own defence industrial bases for the long-haul.

Meanwhile, the US is working towards signing a major trade deal with Taiwan, the self-ruled island that Beijing regards as its sovereign territory.

President Tsai Ing-wen said she was confident Taiwan could sign a “high standard” trade deal with the US.

Washington and Taipei unveiled the US-Taiwan Initiative on 21st Century Trade in June, days after the Biden administration excluded the Chinese-claimed island from its Asia-focused economic plan designed to counter China’s growing influence.

President Tsai said Taiwan would work with the US to forge even closer trade and economic ties in warning shot to Beijing.

She said: “We have already announced that negotiations under the U.S.-Taiwan Initiative on 21st Century Trade will begin soon.

“We are confident that through this initiative, we can sign a high-standard trade agreement and advance bilateral trade development.”