The 46th President has sparked outrage among journalists over claims they never base their questions on positive subjects. Some media professionals took to Twitter to denounce Mr Biden’s incendiary claim, with one person simply stating it is “not our job”.

Abby Phillip, anchor of Inside Politics Sunday with Abby Phillip wrote: “It’s always amazing to me that many politicians think it’s a reporter’s job to ask them nice, positive questions.

“What would be the point of that?”

Olivia Nuzzi of New York Magazine, said: “If you’re the most powerful person in the world and you can’t field questions from the media without losing your temper, maybe you’re in the wrong business.”

In a separate tweet, the Washington correspondent added: “What kind of example does it set for other countries when the president of the United States insults a member of the free press on an international stage for asking a fair question in good faith?” 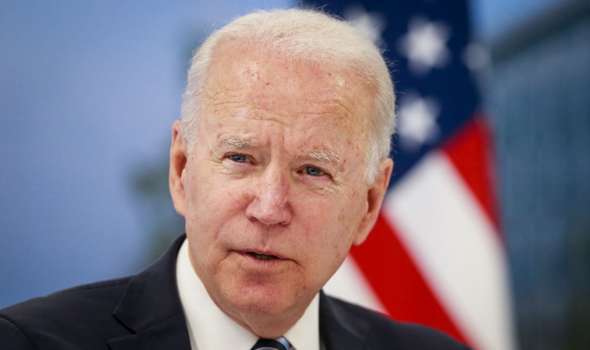 Other social media users compared Mr Biden to former President Donald Trump, suggesting he had similar complaints about his media coverage during his time in office.

Kate Bennett, CNN’s White House Correspondent, tweeted: “Well, one thing’s for sure: [Joe Biden] reads his press – and reviews it.

“’You never ask a positive question,’ he says, sounding like his predecessor.”

In the past, Mr Trump lashed out at “fake news” surrounding subjects including his handling of the coronavirus pandemic. 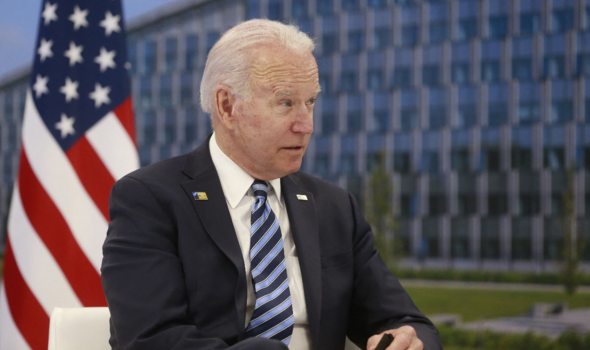 Speaking at a rally in Pennsylvania last year ahead of the 2020 US election, Mr Trump branded the media coverage as “fake news”.

He said: “That is all they ever talk about, the fake news.

“Covid, Covid, that is all they talk about. What progress we have made on it too, we understand.

“We know we have to protect our seniors especially when they have heart or diabetes problems.

“We are protecting them, we have the best testing in the world.”