The highly contagious disease has been spreading rapidly in Europe, putting the poultry industry on alert after previous outbreaks led to the culling of tens of millions of birds. Now the latest case has been discovered at a farm of about 6,000 ducks due to be force-fed – a technique used to make foie gras – in the town of Benesse-Maremne, near the city of Biarritz and the Spanish border.

It remains unclear whether it is the highly contagious form of the virus, the body representing the foie gras and fattened poultry industry CIFOG said on Monday.

If confirmed this would be the first outbreak of the so-called “highly pathogenic” avian influenza on a farm this year.

CIFOG director Marie-Pierre Pe said: “Initial tests have shown that it is an outbreak of H5 avian influenza but it remains to be seen whether it highly or low pathogenic and whether it is the H5N8 strain or another one.” 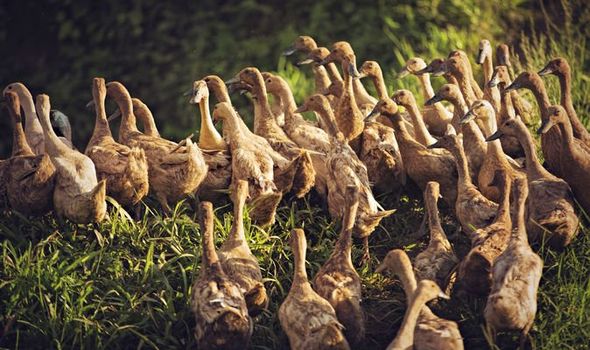 A security zone was set up around the farm even before the confirmation, something that was not done in 2016/2017 when a wave of bird flu led to the death and culling of millions of poultry.

It comes after France detected the H5N8 virus on birds sold in three pet stores.

Last week, the agriculture ministry said investigations found that the wild birds had been sold by the same person in northern France. 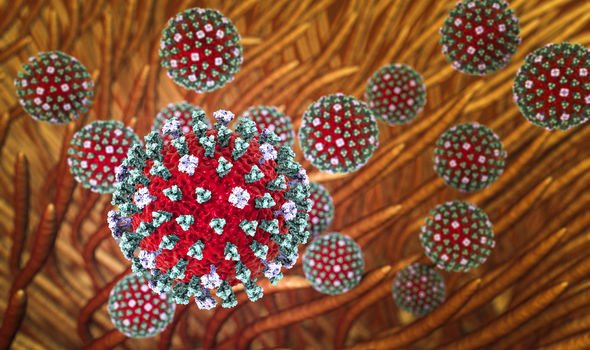 The spread of the virus in Europe has prompted France to raise its bird flu security alert to “high” in early November, which requires keeping birds indoors or installing protective netting to prevent contact with wild birds that spread the disease.

Up to 300 birds were killed last month after a case of avian influenza was detected in Haute-Corse, a region covering the north of the island of Corsica.

At the time, French officials insisted there was no need for people to change their habits.

Bird flu: WHO discuss the size of pandemic outbreak in 1997

The agricultural ministry said: “The consumption of meat, foie gras and eggs – and more generally of any food product – does not present any risk to humans.”

The spread across parts of Europe comes after bird flu outbreaks blighted farmers in Russia and Kazakhstan last summer.

The disease has already appeared in other countries such as the UK, Russia, Kazakhstan, the Netherlands, Ireland, and Germany.

At the end of November, bird flu was found at a turkey farm in northern England just weeks before Christmas.

The Government said all 10,500 birds at the farm would be humanely culled to limit the spread of the H5N8 strain and the risk to public health was very low.

Public Health England (PHE) and the Food Standards Agency assured consumers that avian influenzas pose a very low risk to people, and that properly cooked poultry products including eggs are safe to eat.