A shocking rant at a Black Lives Matter rally in Toronto, Canada, has sparked uproar after the speaker ripped into the legacy of the British Empire and demanded the removal of a “filthy” Winston Churchill statue. Black Lives Matter protests have erupted across the world, as activists turn their demands towards defunding the police and toppling historic statues. A rally in Toronto demanded the immediate removal of a statue of Winston Churchill, which has stood in the Canadian city since 1977.

The 10-foot bronze statue of the former British Prime Minister near Toronto City Hall is the latest target of the Black Lives Matter protesters.

In a furious rant, the unidentified speaker told the protesters through a megaphone that the statue is nothing but a “vile, vile, vile monument”.

He can be seen saying: “The British Empire was nothing but rape, genocide, white supremacy, and the promotion of slavery. 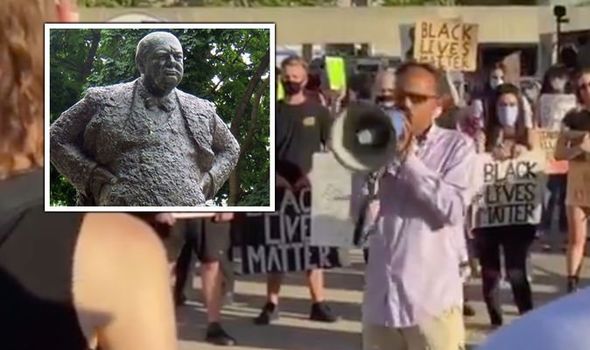 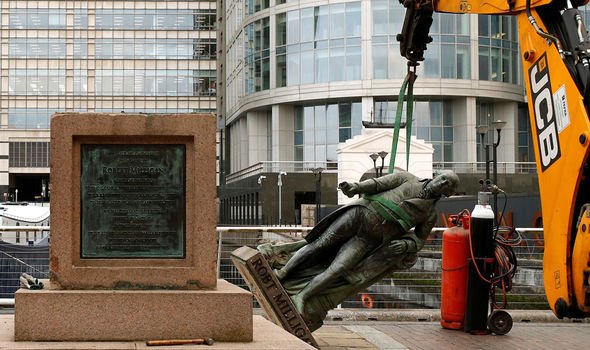 The speaker continued: “It was not at all a good thing for the majority of the planet and the people who do not happen to have white skin.

“Let us start a campaign to take down racist monuments like that filthy one right around the corner.

A clip of the man’s attack was uploaded onto Canadian news site The Post Millennial. 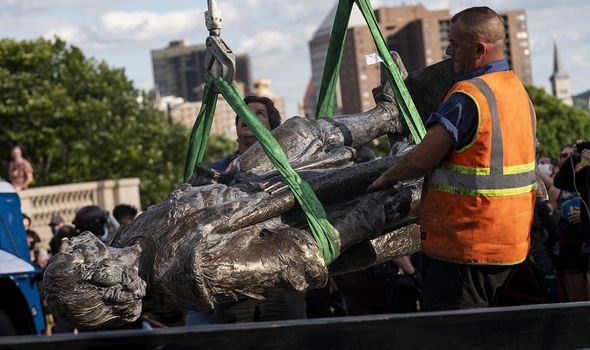 The footage sparked fury online, with users fearing that the demand for the Churchill statue was “just the beginning”.

One user said: “Churchill is a demarcation line. The removal of forgotten statues of slave owners to most people is something they could live this. But this is a reorientation of history to made the hero of WW2 into a moral villain. If they win here there’s no end to this moral inversion.” 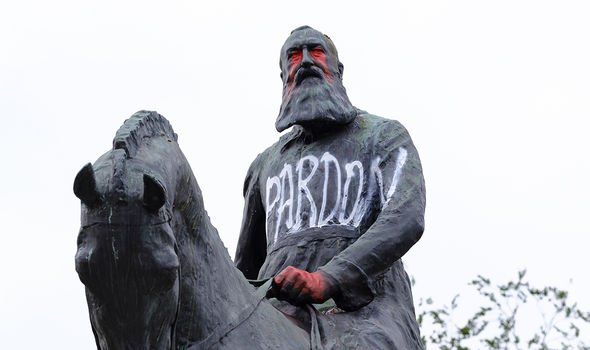 Another remarked: “The cult of wokeness. Mad as a box of frogs.”

Statues have been taken down across the world, with several US cities removing monuments of Christopher Columbus in recent days.

In Belgium, a statue of King Leopold II was removed after being daubed with paint by anti-racism protesters.

In the UK, Labour mayor of London, Sadiq Khan, on Tuesday ordered a snap public inquiry into the potential removal of memorials and street names following the toppling of a statue of slave trader Edward Colston by protesters in Bristol on Sunday.