LA PAZ (Reuters) – Desperate families in Bolivia are turning to makeshift graves to bury their loved ones, with cemetery space at a premium as the coronavirus pandemic keeps the South American nation in its grip. 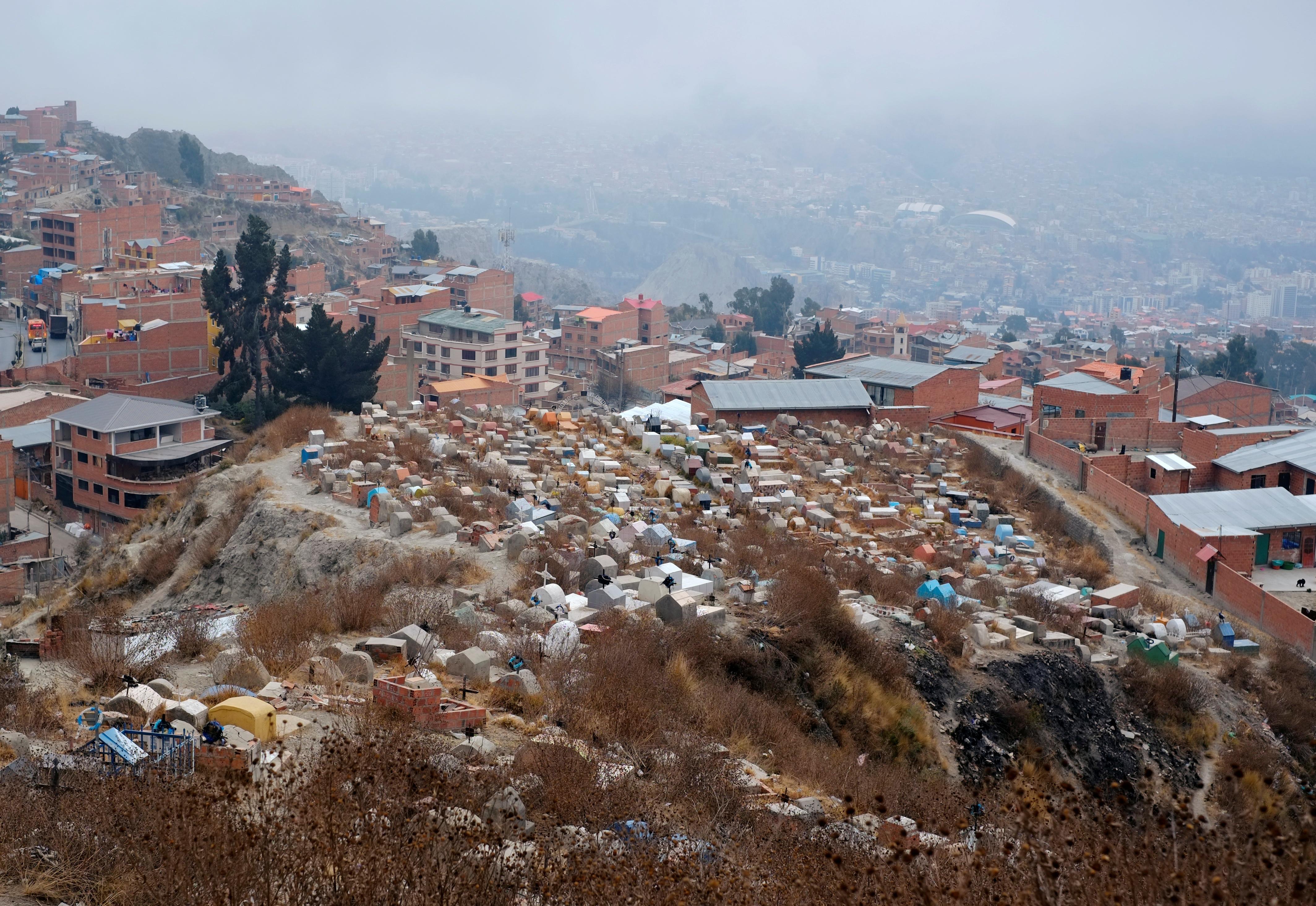 Local officials said families were creating clandestine graveyards or sneaking into the cemeteries of the capital, La Paz, in early morning or overnight hours to dig unofficial graves for their relatives.

“They want to bury on top of other graves. For example, they uncover the grave and want to put the body a metre (3 feet) deep, not even 2 or 3 metres,” said Omar Arce, president of a local council, adding that police were forced to move the bodies later.

Bolivia, which has one of the highest regional rates of extreme poverty, has struggled to free itself from the weight of the pandemic as political tensions simmer ahead of a general election.

Government officials said in August that cases accelerated among the population of 11.6 million after protests linked to the postponement of the election until Oct. 18 due to the spread of the virus.

Cemeteries in La Paz are now struggling to accommodate a 580% increase in demand for new burials, according to Rene Sahonero, a Health Ministry official.

Dealing with the clandestine graves is a heartbreaking dilemma for local authorities, who said many families had no other options for giving their loved ones a proper burial.

“Seeing the pain of the family, we cannot prevent the burial,” said police officer Rene Tambo, adding that police do not typically launch criminal investigations. “We have to think about what is within people’s reach. We can’t force them to go to a cemetery.”

Bolivia has 117,926 confirmed cases of the coronavirus, with an official death toll of 5,200, although critics have argued that the government is underreporting deaths.

“Since the beginning of the pandemic to today, there has been an excess in the number of deaths (in comparison with official statistics),” said public policy expert Andres Uzin.

With little more than 2,500 coronavirus tests daily, according to Uzin, the official numbers do not paint a full picture. He said an excess of more than 14,000 deaths had been registered by the Civil Registry Service.

“The government’s record is not reflecting the reality of the country,” Uzin said.