Russia: Cars backed up at Georgia border as people flee

The Kremlin has ordered the mobilisation of an additional 300,000 troops in order to continue the “special military operation” to seize Ukraine. President Putin’s decree has sparked panic among the Russian population, fueling protests across the country and driving thousands to seek refuge from the call to the frontline in neighbouring countries. Video footage from the border with Georgia has captured a flood of civilians in a queue extending for miles as the crossing remains one of the few still accessible to Russian citizens.

In a video published by media organisation Visegrad 24, hundreds of Russian men are shown gathered in a queue extending from the crossing point at the border to Georgia.

Some individuals closely guard collections of suitcases positioned on the floor, while others seem to have left in a frantic rush, carrying only a small backpack with little space for personal possessions.

While a number of women and a small selection of families can be observed among the crowd, the overwhelming majority appear to be young men of military age, apparently keen to evade mobilisation.

Ahead of the mobilisation announcement, Latvia, Lithuania, Estonia and Poland confirmed their borders would be closed to Russian tourists, restricting the possible routes for civilians hoping to flee the Kremlin’s control. 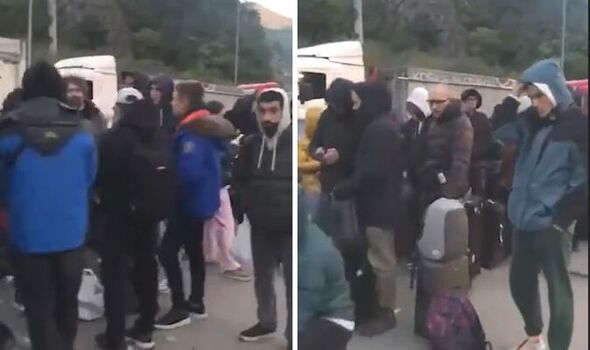 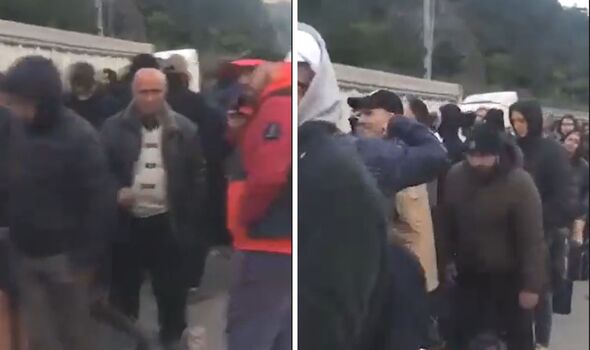 As the queues to enter Georgia peaked, the wait time was estimated at roughly 48 hours, with more than 3,000 vehicles trapped in standstill traffic to cross the border.

Georgia’s Interior Minister Vakhtang Gomelauri said his Government saw no reason to close the border amid the influx of Russian civilians.

He claimed the Verkhny Lars crossing between Georgia and Russia had seen more than 10,000 Russians pass through it each day in the past week alone, close to double the number observed prior to the mobilisation decree.

Kremlin-controlled media has claimed “mobile military enlistment offices” could be placed along border crossing points in an effort to deter those attempting to evade military service. 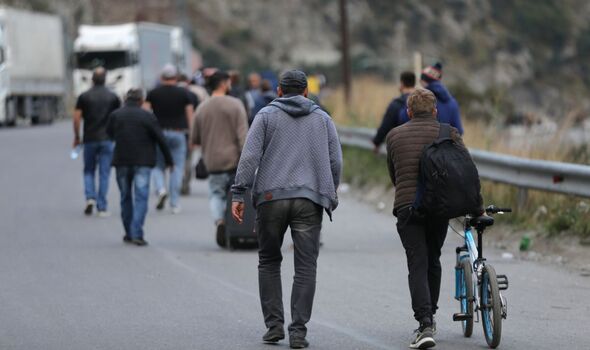 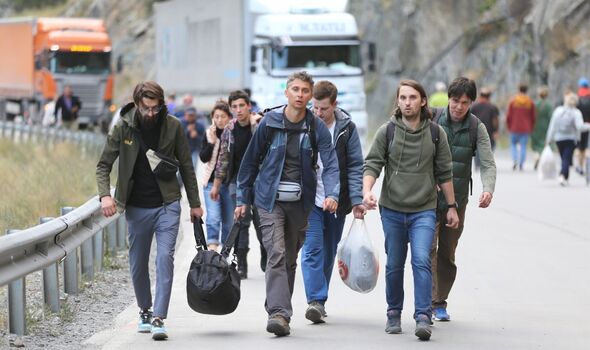 Finland, the only remaining European Union nation that still allowed access to Russians with tourist visas, announced on Friday that border access would be significantly restricted.

The Kremlin has not released data on the exact number of Russians that have departed in the days following the mobilisation decree, although evidence points towards a mass exodus of civilians.

Frontex, a European border agency, reported 66,000 Russian citizens entered the EU between September 19 and 25, marking a 30 percent jump on data from the previous week. 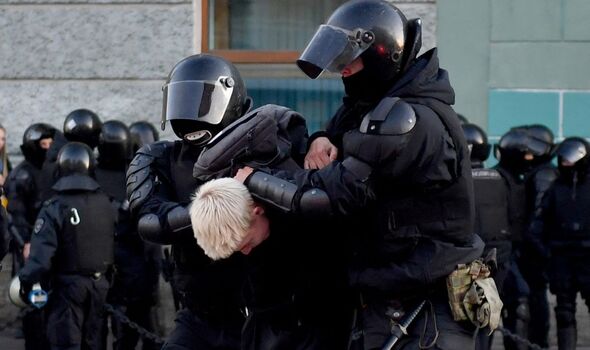 The UK Ministry of Defence declared tens of thousands of call up papers have already been issued to Russian citizens.

Intelligence has suggested Russian military leaders are likely to face severe administrative and logistical challenges in regard to the training of mobilised troops. This will arise in addition to substantial concerns over a crisis of military equipment supplies within Moscow’s armed forces.

A statement from the Ministry of Defence anticipated a “high attrition rate” among the hastily mobilised troops, due to a lack of essential combat preparation.

The Kremlin has been warned of “growing domestic dissent within Russia” as the partial mobilisation has also sparked a series of anti-war protests across major cities, including the capital. OVD-Info, an independent human rights organisation based in Moscow, reported more than 2,400 individuals had been detained by Russian authorities for their involvement in protest actions.