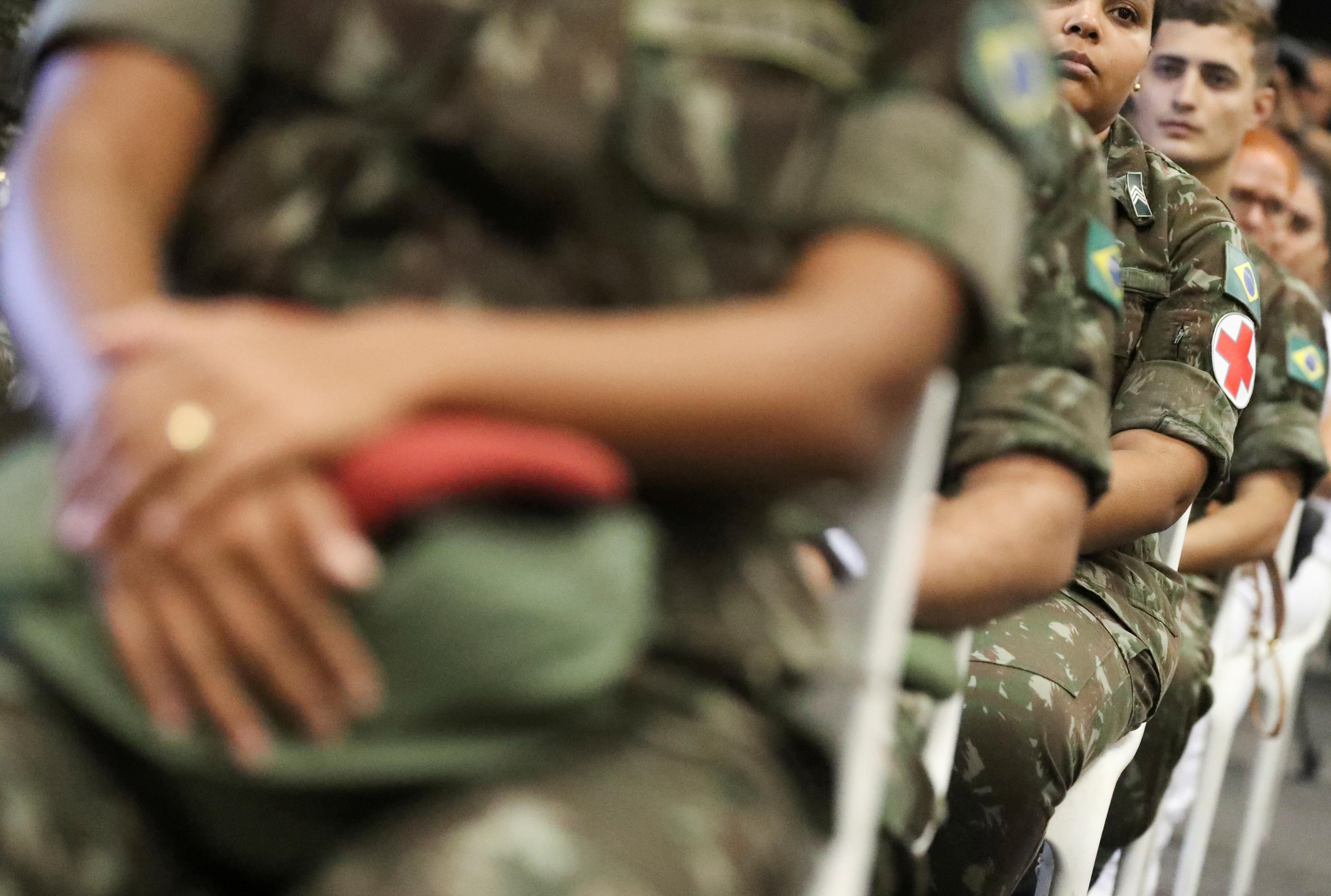 The study calls for reinforcing social distancing measures to slow the acceleration of confirmed cases that have doubled in the last six days to 12,056, with 553 related deaths.

That defies statements by Bolsonaro, who has sought to minimize the risks of the respiratory disease, calling for states to end lockdowns and let Brazilians get back to work.

His rejection of the need for social distancing has led to a split in his cabinet, with top military officers in the government opposing his stance and siding with Health Minister Luiz Henrique Mandetta, including Presidential Chief of Staff Walter Braga, an active duty Army general.

Army representatives declined to comment on the report from the CEEEx study center, which reports directly to Army Chief of Staff General Marcos Antonio Amaro. Bolsonaro’s office did not immediately respond to a request for comment.

The document was published on the CEEEx website on Thursday, but was not accessible on Monday. An army spokesperson said the site was “under maintenance.”

The report endorses widespread, or “horizontal,” social distancing measures to avoid a sharp peak in infections, a policy endorsed by health experts but questioned by Bolsonaro.

“Though too soon for a final evaluation, the early adoption of horizontal isolation strategies can be seen to lead to more effective results in flattening the curve,” the report said.

The CEEEx study center said Brazil should only move to demographically targeted, or “vertical,” isolation of infected people once the numbers of new cases plateau.

That would allow economic activity to resume, but require massive rapid testing of Brazilians and strict isolation of those infected, following the example of Japan, the report said.

The study said the government will have to take on a major role in rebuilding Brazil’s economy once the epidemic is over. That recommendation could be at odds with the policies of Economy Minister Paulo Guedes, a free-market advocate who has said tax cuts will re-ignite the national economy.

“The state will be the great protagonist of the process of public health rescue and economic recovery,” the report said.

Brazil’s armed forces backed a strong government role in the economy during the 1964-1985 military dictatorship.

CEEEx said a national reconstruction plan was needed that would rely heavily on state institutions such as development bank BNDES and maintain cash transfer social programs to assist the most vulnerable Brazilians.