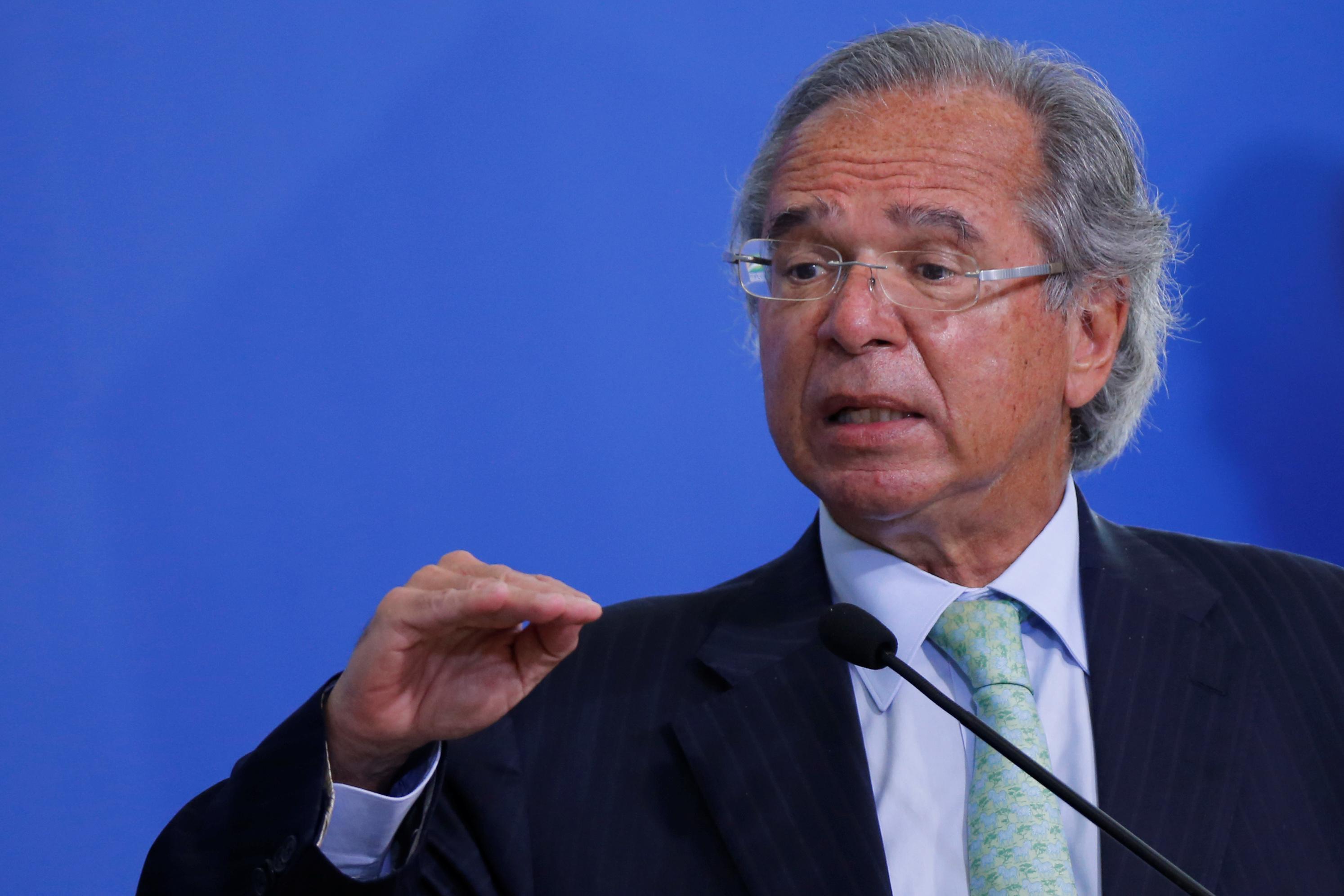 BRASILIA (Reuters) – Brazil’s Economy Minister Paulo Guedes called a Senate decision on Wednesday to overturn a presidential veto blocking public sector pay rises during the COVID-19 pandemic a “disaster” and a “crime” against the people.

President Jair Bolsonaro’s veto, barring pay rises for civil servants in return for disbursing 60 billion reais ($11 billion) of aid to states and local authorities, will now be voted on in the lower house on Thursday.

Speaking to reporters in Brasilia, Guedes said overturning the veto could see local governments take funds away from health spending and channel them towards public sector salaries. As much as 20 billion reais could be “lost”, Guedes said.

“To take money from health and allow it to be turned into a salary increase for civil servants is a crime against the country,” Guedes told reporters in Brasilia, according to footage on news website G1.

A visibly irate Guedes repeatedly called the ruling “terrible”, a “disaster” and an “extremely bad signal” from the Senate just as Brazil is trying to get both the health crisis and the public finances under control.

“Let’s hope the Chamber (of Deputies) saves the day,” he said.

Brazilian financial markets have become increasingly rattled in recent weeks over growing fiscal concerns, fearing the government will struggle next year to rein in the record budget deficit and debt accrued this year due to the coronavirus crisis.

The Brazilian real this week hit its lowest against the dollar in three months, and market-based interest rates and spreads widened to their highest in three months.