Sebastian Kurz, a senior EU leader, raised the question of whether the EU could survive the ongoing vaccine crisis. During a fiery press conference on Friday, the Austrian Chancellor said the Brussels rollout “clearly contradicts the very political goal” of the Brussels-led bloc. He issued a warning to Brussels, saying that the vaccine failures will see “the differences among the member states increase”.

He said that this violates the EU’s commitment to maintain member state solidarity and brings the bloc’s existence into question.

This comes as the EU’s handling of the pandemic and the subsequent vaccine rollout comes under increased fire.

Two-thirds of Italy’s population has been forced under a strict lockdown this week as a third wave of the pandemic sweeps across much of mainland Europe and setbacks continue in the EU’s vaccination campaigns. 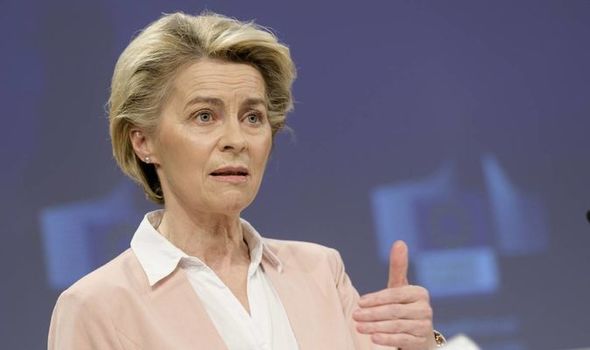 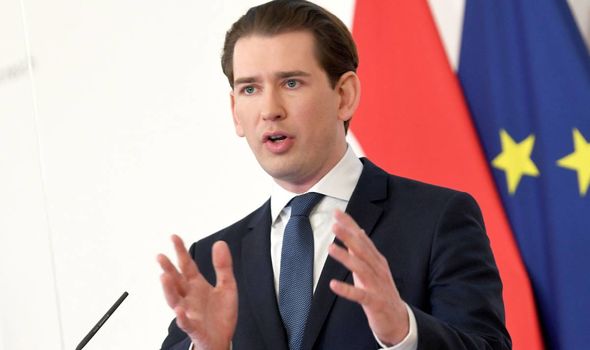 Mr Kurz said: “Malta will receive three times as many doses per capita as Bulgaria until the end of July.

“The Netherlands would not only receive more doses of vaccine per capita until the end of June than Germany, but almost twice as many as Croatia.

“This is in clear contradiction to the political goals of the EU.

“There also seem to be plans for this to get worse in the next few months and for the differences between member states to get bigger and bigger. 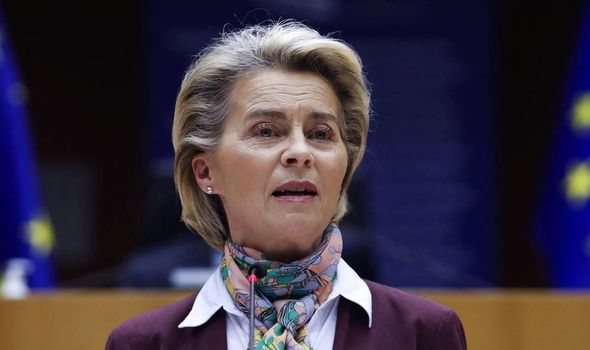 “It is not in the spirit of the European Union.”

It is understood that at least one EU member – Germany – has been buying up doses that went unclaimed by other countries and has done its own bilateral deals with vaccine manufacturers.

Mr Kurz said that when he shared his discovery with some EU leaders, many of them “could not believe their eyes and ears”. 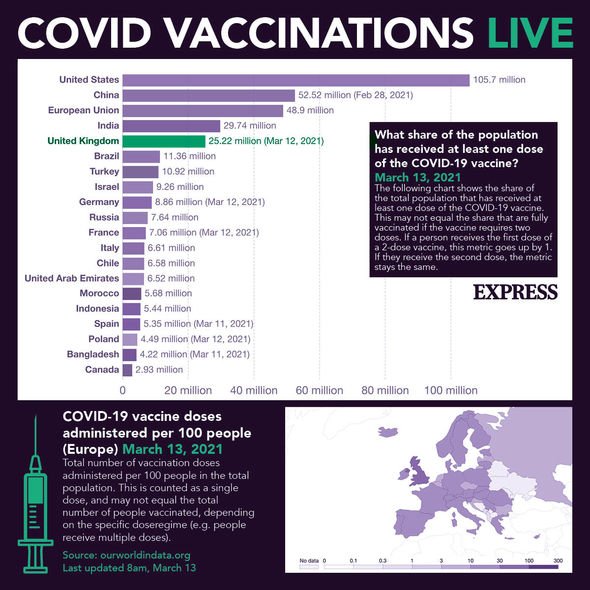 The infection rate across the bloc has climbed to its highest level since the start of February, amid renewed shortages of the AstraZeneca vaccine and concerns about its possible side-effects.

In response, a number of European Union member states have written to the bloc demanding crisis talks on the distribution of coronavirus vaccines.

The letter was written by the leaders of Austria, the Czech Republic, Bulgaria, Slovenia and Latvia, demanding to find a “European solution” to the crisis.

The European Commission has argued that every member country had the right to buy a share of vaccines procured by the EU according to population size – but that some governments may choose not to take up their full allocation.