OTTAWA (Reuters) – Canada on Wednesday honored six members of its armed forces killed last week in a helicopter crash in a ceremony where the prime minister and military officials donned black cloth masks and practiced physical distancing because of the coronavirus. 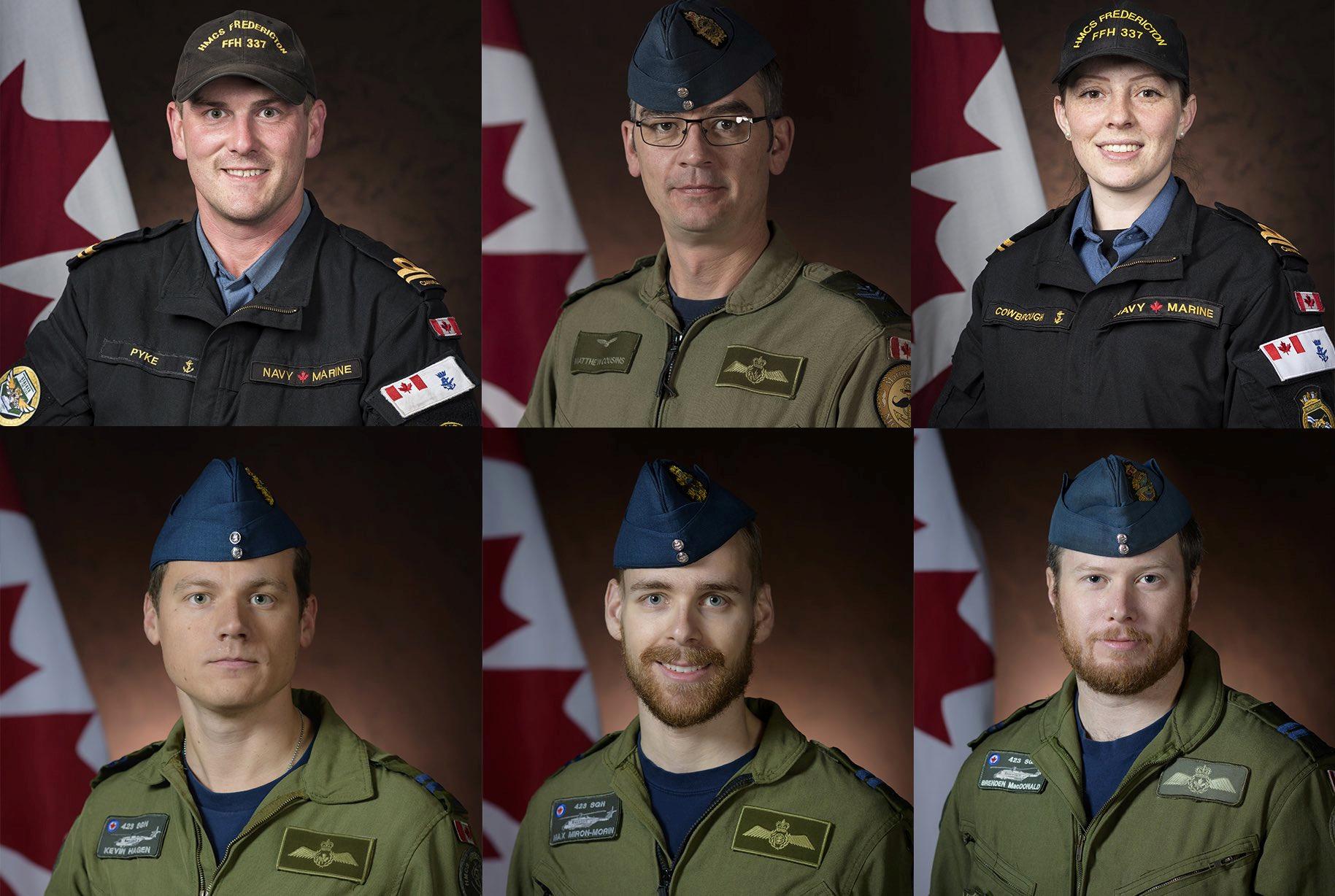 One body was recovered and five are missing and presumed dead after a military helicopter flying from the warship Fredericton crashed in the Mediterranean Sea off the coast of Greece a week ago during a training exercise.

But pallbearers wearing cloth masks and gloves did walk in close quarters to carry the coffin, draped with the Canadian flag, of navy Sub-Lieutenant Abbigail Cowbrough.

They brought the casket slowly, with bagpipes playing, to one of six hearses. Officers also carried the military hats of each of the five missing men to a hearse.

Family and friends of the victims, who were separated into groups, took turns laying roses in the back of the vehicles before the doors were shut.

Afterward, the hearses pulled away to drive together to Toronto along Canada’s “Highway of Heroes,” where throngs of people have gathered in the past on overpasses and along the road to salute soldiers killed in the line of duty, waving flags and signs.

Due to bans on large gatherings, officials asked people to stay home and observe the events on TV. Still, a few dozen people lined the road outside the base to show their respects.

The Fredericton is participating in the North Atlantic Treaty Organization’s Operation Assurance, which is meant to bolster security in Central and Eastern Europe.

About 2,100 members of Canada’s armed services are deployed around the world, including some 915 people in Operation Assurance.