Canadian province devastated as it reels from the deadliest mass shooting in the country’s history. 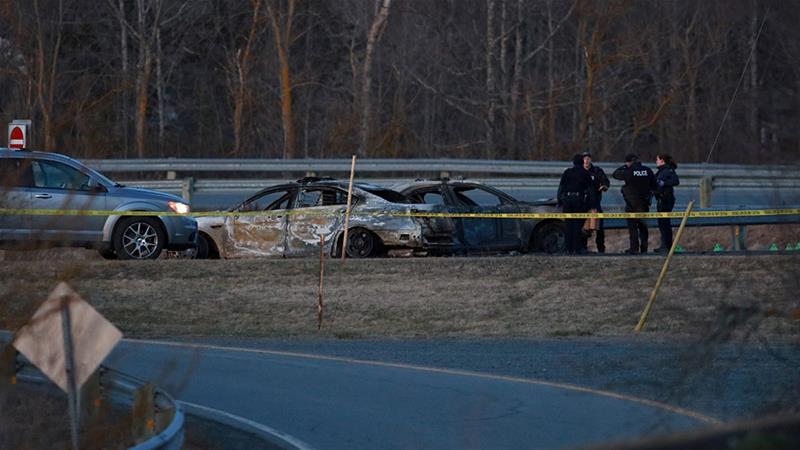 Residents of the Canadian province of Nova Scotia were searching for answers on Monday, a day after a gunman dressed as a policeman went on a rampage, killing at least 18 people in the deadliest mass shooting in the country’s history.

The motives of suspected gunman 51-year-old Gabriel Wortman, who was killed in an apparent confrontation with police on Sunday in Enfield, Nova Scotia, on Canada’s east coast, remain unknown.

Nova Scotia Royal Canadian Mounted Police (RCMP) Chief Superintendent Chris Leather said there is “in excess of 19 victims”. The RCMP commissioner later said there were at least 18 victims. It was unclear whether Leather’s figures included the gunman.

The victims were all adults, both men and women. “It appears that some of the victims were known to the suspect,” Leather said during a news conference on Monday afternoon.

He said police were investigating at 16 separate crime scenes in Portapique, where the shooting began, and other communities.

Questions around how families, friends and communities will be able to mourn the dead during the COVID-19 pandemic – with social distancing rules in place – have also compounded many peoples’ grief.

“Nova Scotia is devastated,” Mike Savage, the mayor of the province’s largest city, Halifax, said on Twitter on Monday morning. “As we wait for more details of this horrific crime there is an ominous silence that is unprecedented in my lifetime.

“This will not define us as a Province, but it has shaken us to our core.”

The shooting began around 11:30pm on Saturday night in Portapique, Nova Scotia, a small, rural community about 130km (80 miles) north of Halifax, and it continued for several hours on Sunday in various locations.

Wortman was disguised as a police officer and was using a car that closely resembled those used by members of the federal police force, the RCMP, local media reported.

An RCMP officer, Heidi Stevenson, was killed in the shooting. Stevenson was a 23-year veteran of the force and a married mother of two children.

“Two children have lost their mother and a husband his wife. Parents lost their daughter and countless others lost an incredible friend and colleague,” Nova Scotia RCMP said in a statement on Sunday.

“I brought flowers to honour her memory and let the Stevensons know there’s people here standing with them, and we’re going to keep them in our thoughts,” Jesse Casavechia, who knew the family, told CBC News on Monday.

“We’re devastated by this loss and I can’t even imagine what they’re feeling.” 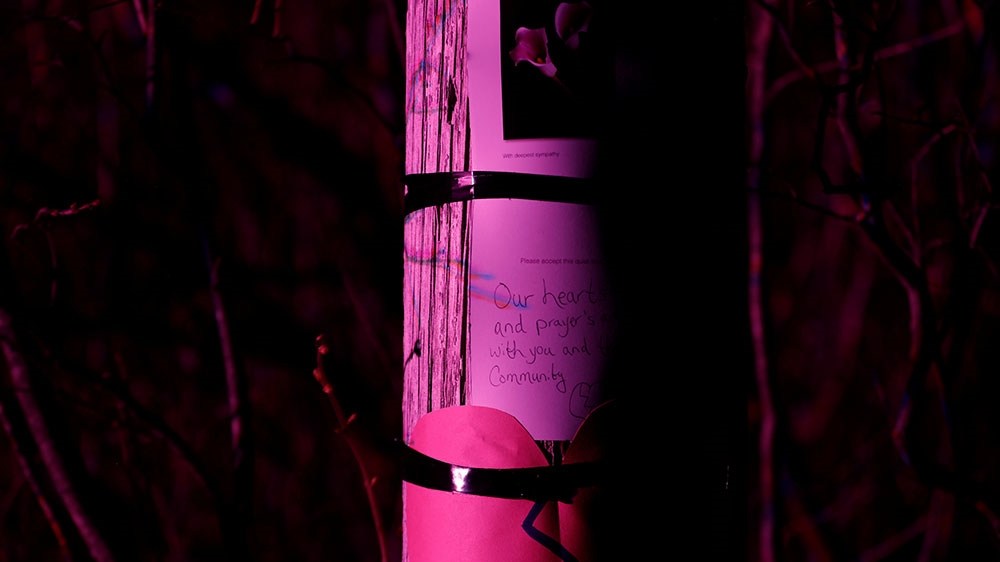 Lisa McCully, an elementary school teacher, was also among those killed.

McCully was known “not only as a passionate teacher, but as a shining love” in the lives of her friends, family members, colleagues and students, said the Nova Scotia Teachers Union, which confirmed her death.

“There are no words to capture the loss Nova Scotia has suffered today. This is a devastating time for all communities affected across our province,” NSTU President Paul Wozney said in a statement on Sunday.

McCully’s sister, Jenny Kierstead, said the family’s “hearts are broken” by their loss. “Our condolences go out to the other family members who are affected by this tragedy. Thank you for your support, it’s a hard day.”

O’Brien was a “wife, mother and grandmother” who “shared her deep caring of others as a VON nurse for nearly 17 years”, the group said in a statement, while Beaton, a wife and mother, was “caring and compassionate”.

“We mourn their loss, and we mourn for their families,” said VON Canada President and CEO Jo-Anne Poirier.

The shooting is the deadliest in Canadian history, surpassing 1989’s Ecole Polytechnique massacre in Montreal, Quebec, which left 14 women dead. 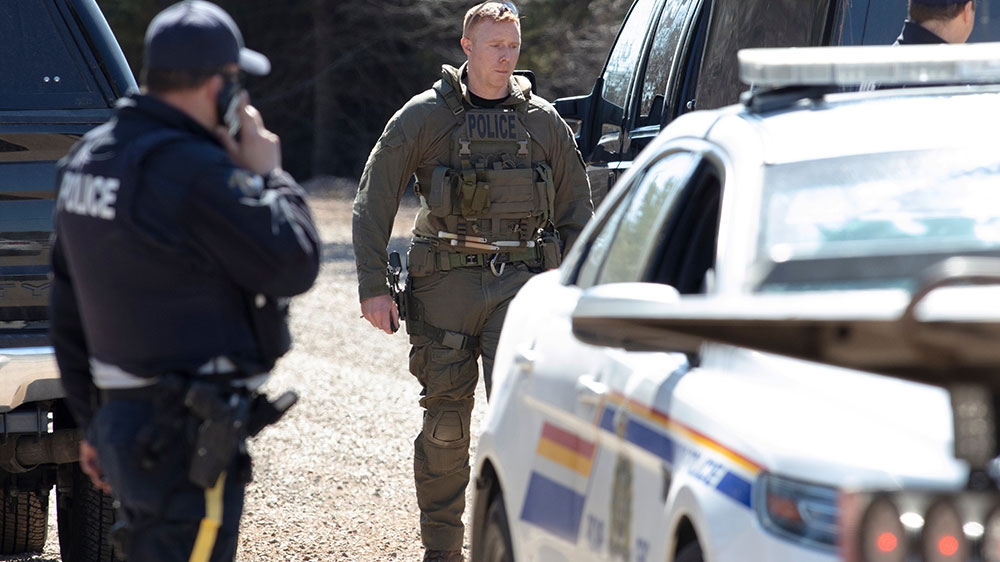 In a news conference on Monday, Canadian Prime Minister Justin Trudeau said that “such a tragedy should never have occurred”.

“Violence of any kind has no place in Canada. We stand with you and we grieve with you, and you can count on our government’s full support during this incredibly painful time,” he said.

Trudeau added that while the COVID-19 pandemic will prevent people from mourning together in-person, an online vigil for the victims will take place on Friday evening.

“As we learn more about what happened yesterday, it’s important that we come together to support communities.”