People will not be allowed to enter or exit Segria zone, which includes Lleida city, after a sharp rise in infections. 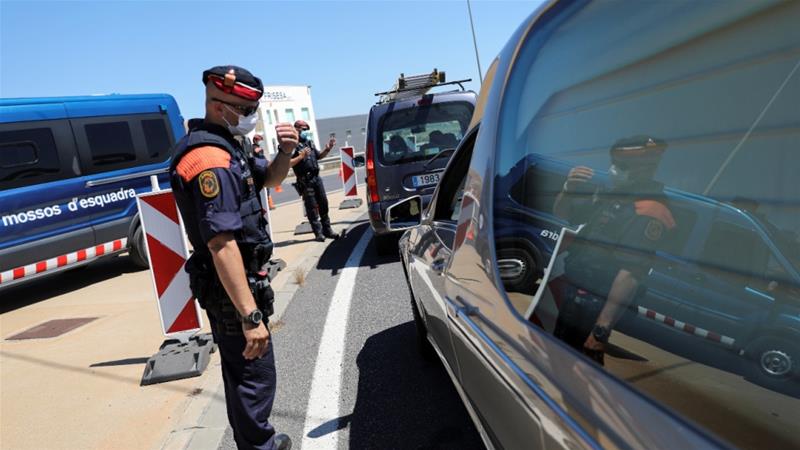 Spain’s northeastern Catalonia region on Saturday locked down an area with about 200,000 residents following a surge in cases of the new coronavirus.

Catalonia’s regional president Quim Torra said there had been a “sharp rise” in infections in Segria, a zone that includes the city of Lleida some 150 kilometres (90 miles) west of Barcelona.

“We’ve decided to confine Segria due to data that confirm too significant a growth in the number of COVID-19 infections,” Torra told a news conference.

People would not be allowed to enter or leave the area, gatherings of more than 10 people would be banned and visits to retirement homes halted, officials said.

The restrictions do not apply to seasonal harvest workers, and movement is not restricted within the zone, however.

Regional health ministry data showed there were 3,706 cases in the Lleida region on Friday, up from 3,551 the previous day. 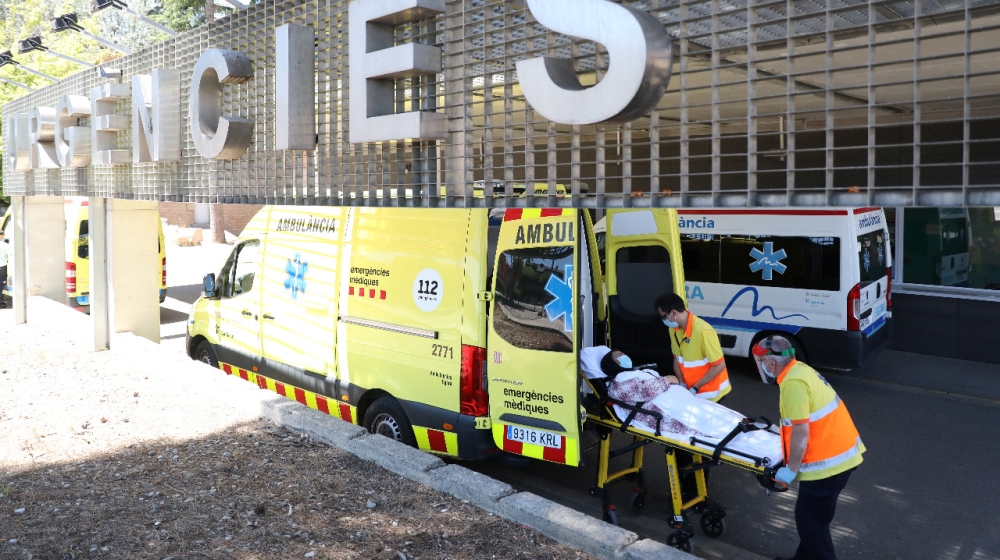 Catalonia is one of the hardest-hit parts of Spain, with a total of 72,860 coronavirus cases, according to regional health ministry data released on Friday.

The move came as the summer holiday started in Spain and the country began re-admitting visitors from 12 countries outside the European Union, two weeks after allowing people from the EU’s visa-free Schengen zone and Britain to return.

“It is a surprise,” said Josep Raluy, a 63-year-old retiree who returned to the area from a second home as a precaution. “It’s another step backwards, it’s not good.”

Spain has been one of the countries worst hit by the coronavirus pandemic with at least 28,385 deaths, Europe’s fourth-highest toll after Britain, Italy and France.

Madrid imposed one of the world’s strictest lockdowns to stop the spread of the virus and only recently began to open up.

Barcelona celebrated another milestone in its bid to reopen on Saturday, with visitors allowed back into the Sagrada Familia – an imposing modernist basilica that is among Spain’s most visited buildings.

In the first phase of its reopening, health workers were the first to be admitted as a tribute to their work battling the pandemic.

“We went through very difficult times, we tried to be there whenever we were needed, and now that they thank us it gives me goosebumps.”

Speaking during a trip Saturday to Galicia in the country’s northwest – the first region to exit the lockdown last month – Prime Minister Pedro Sanchez warned: “Do not let your guard down, but do not let yourself be overcome by fear.”

“We must take to the streets, take advantage of the new normality, revive the economy,” the socialist leader said, adding that “the state is better prepared to fight” against the resurgence of the epidemic.

On Friday, Spain registered 17 virus deaths within 24 hours, its highest daily toll since June 19. There have been more than 50 reported outbreaks throughout nearly all of the country’s regions.