China is 'causing problems around the world' says expert

The deadly pandemic emerged in China in late 2019, and has killed 3.34 million people, cost the world trillions of dollars in lost income and rocked normal life for billions of people. “More investigation is still needed to determine the origin of the pandemic,” said the 18 scientists, including Ravindra Gupta, a clinical microbiologist at the University of Cambridge, and Jesse Bloom, who studies the evolution of viruses at the Fred Hutchinson Cancer Research Center.

“Theories of accidental release from a lab and zoonotic spillover both remain viable,” the scientists including David Relman, professor of microbiology at Stanford, said in a letter to the journal Science.

The authors of the letter said the World Health Organization’s investigation into the origins of the virus had not made a “balanced consideration” of the theory that it may have come from a laboratory incident.

In its final report, written jointly with Chinese scientists, a WHO-led team that spent four weeks in and around Wuhan in January and February said the virus had probably been transmitted from bats to humans through another animal, and that a lab leak was “extremely unlikely” as a cause.

But there are myriad different ideas about the origin of the virus including a series of conspiracy theories. 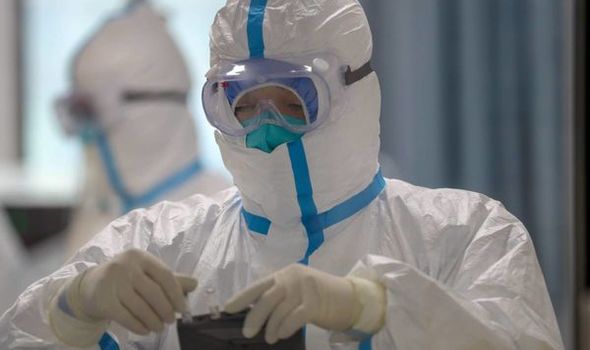 “We must take hypotheses about both natural and laboratory spillovers seriously until we have sufficient data,” the scientists said, adding that an intellectually rigorous and dispassionate investigation needed to take place.

It comes as cases involving the Indian variant have more than doubled in a week in the UK as Government ministers said they cannot rule out imposing local restrictions to suppress its spread.

Data from Public Health England (PHE) published on Thursday shows a steep rise in cases associated with B16172, which has been designated as a “variant of concern”, from 520 last week to 1,313.

Health Secretary Matt Hancock said the situation was being monitored carefully and the Government “will not hesitate to take further action if necessary”.

The cases are spread across the country, with the majority in the North West, mainly in Bolton, Sefton in Merseyside, Blackburn in Lancashire, and London.

Despite lockdown restrictions easing further from Monday, British holidaymakers hoping to jet off to Portugal as soon as UK travel restrictions lift are facing uncertainty after the nation’s government decided to extend its “state of calamity” until at least May 30.

Prime Minister Boris Johnson announced on Tuesday that as of May 17 the “stay in the UK” restriction will lift, meaning people will be able to travel to green list countries such as Portugal without self-isolating on their return.

But guidance published on the Portuguese government’s website on Thursday stated that ministers had approved a move to continue the current level of lockdown.

UK holidaymakers are currently prohibited from entering the European Union.

Holiday firms have reported huge demand for trips to Portugal following the publication of the green list.

EasyJet has added 105,000 extra seat to its flights serving green tier destinations, while Tui plans to use aircraft which normally operate long-haul routes to accommodate the surge of people booked to fly to Portugal.

A spokeswoman for Tui said: “We’re monitoring the situation closely and will provide a further update as soon as we have clarification from the Portuguese government.

“We would like to reassure customers that we will contact them directly if their flight or holiday is impacted to discuss their options, this includes offering a full refund or the chance to change the holiday for free.”