The warning comes from Professor Adrian Pabst, Deputy Director for Social and Political Economy for the National Institute of Economic and Social Research, who told Express.co.uk that UK sanctions on China would see Beijing’s retaliation causing a huge hit to the UK economy. Earlier this month, US President Donald Trump said his administration would look into putting sanctions on a list of 11 Chinese companies.

Commenting on the consequences of the move on the UK and on Britain’s potential intention to follow suit, Professor Pabst said: “We know that whenever there are US sanctions against countries or companies, there are some ripple effects because the US sanctions tend to not just affect individual countries say, like Iran in the past or Russia, or indeed companies, but also affecting all businesses that want to do any kind of business with those companies.

“So it can have quite a ripple effect. And so all will depend on exactly which companies the US chooses to put on the sanctions.

“The UK has traditionally not gone for, as extensive measures as the US.

“The same may be true in this case, where the UK might find itself actually more closely aligned with EU partners because it still wants to do some business with China or certain Chinese company. 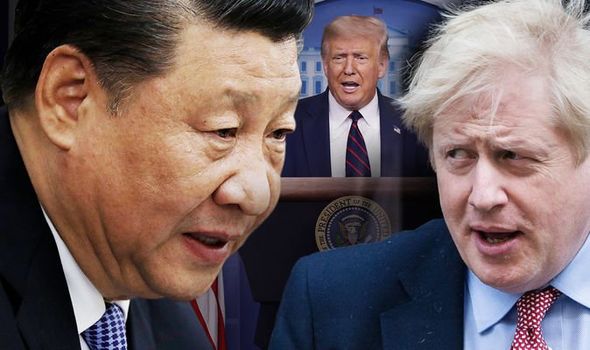 “So again, much will depend on the politics and the political response to this but certainly sanctions will have an effect.

“And if, again, in relation to sanctions or in response to sanctions, China decides to retaliate, perhaps much more than it has done so far on the Huawei decision in the UK, then, you know, the predictions will be that things will get worse and that the economy will take a greater hit.

“But as I said, it’s really difficult to simulate something where you don’t know what the political response will be in real time.

On Thursday, China’s ambassador to the UK has warned against allowing “Cold War warriors” to damage relations between Beijing and Britain.

Rows over Hong Kong, the ban on tech giant Huawei playing a role in the 5G network, and British criticism of human rights abuses in Xinjiang have soured the relationship in recent weeks.

Beijing’s ambassador, Liu Xiaoming, acknowledged that the rows had “seriously poisoned the atmosphere” of Sino-British relations. 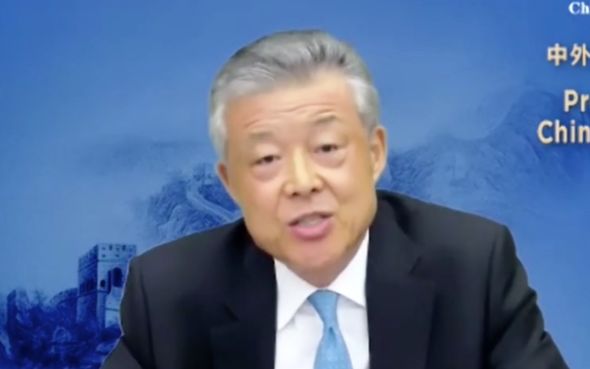 He rejected claims of abuse against Uighur Muslims, condemned the decision on Huawei, and warned the UK not to interfere in Chinese internal affairs over Hong Kong.

“It is important the UK will do the same – namely, respect China’s sovereignty and stop interfering in Hong Kong’s affairs, which are China’s internal affairs, so as to avoid further damage to the China-UK relationship.”

The imposition of a new national security law led to the Government opening the door to British National (Overseas) passport-holders in the territory to come to the UK, and the suspension of extradition arrangements.

China has threatened not to recognise the BN(O) passport as a valid travel document.

Donald Trump’s White House has pushed allies to distance themselves from China, and US sanctions ultimately led to the UK’s U-turn on Huawei’s involvement in 5G. 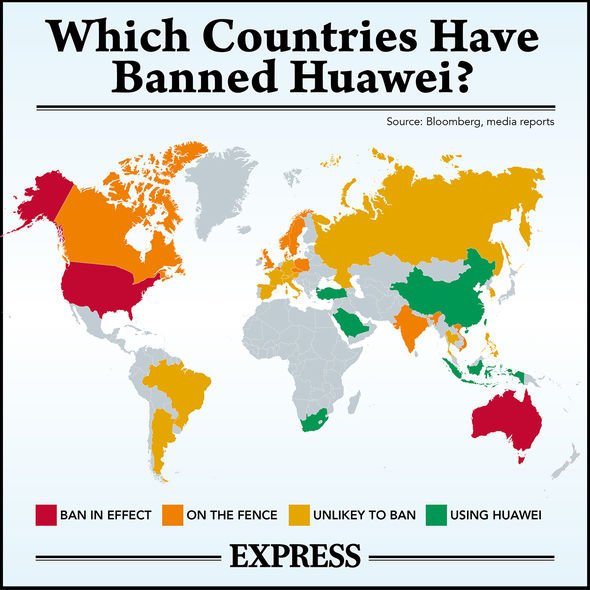 Boris Johnson’s Government has also come under pressure from hawkish MPs on the Tory benches calling for a tougher stance.

Mr Liu said: “It’s our hope that the UK would resist the pressure and coercion from a certain country and provide an open, fair, transparent and non-discriminatory environment for Chinese investment so as to bring back the confidence of Chinese businesses in the UK.”

He added that once the Brexit and Covid-19 issues are dealt with, “there will be unlimited prospects for China-UK co-operation in areas of trade, financial services, science and technology, education and healthcare”.

“It is hard to imagine a global Britain that bypasses or excludes China,” he said.

He said he hoped the two countries have “enough wisdom and capabilities” to manage their differences “rather than allowing anti-China forces and Cold War warriors to kidnap the China-UK relationship”.