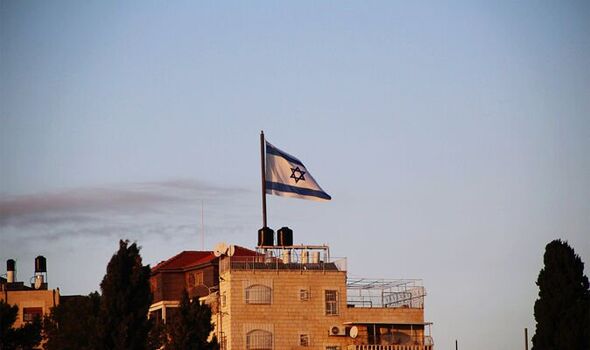 After the Chinese embassy in Israel presented thermal mugs to Israeli government offices, the gifts were flagged as suspicious. Shin Bet, the Israel Security Agency, said suspicions were first raised on Tuesday morning.

They first received reports of China’s gifts after finding a suspicious device in mugs the embassy sent to the Science and Technology Ministry and the Transportation Ministry.

The mug arrived without any prior announcement from the Chinese Embassy, and security personnel found the device before it reached Science and Technology Minister Orit Farkash-Hacohen.

Other ministries received text messages from the Chinese Embassy that said: “On April 12, my colleague will deliver the Passover gift for you and the Minister at your Ministry entrance. Can you please ask someone to receive?”

On Sunday, the Shin Bet told ministries that any gifts from China must be scanned.

However, in a statement later on Tuesday, Shin Bet said they had found no listening devices.

They added: “Following reports about the finding of a suspicious component in thermal cups sent to a government ministry, Shin Bet technological experts who checked the component found that it is innocent and meant to maintain a vacuum in the sides of the mug and maintain the temperature over time.”

The Chinese Embassy said the investigation is “baseless rumours [that] have a severe impact as they aim to drive a wedge between China and Israel, tarnish China’s image and seriously mislead the public”.

The embassy said the alleged bugging device is a “getter,” a material used in many thermal mugs, and it sent the media the European patent for the device.

They added the gift was part of a big gift basket for the Jewish festival of Passover.

Existing security instructions in Israel required all gifts be checked by security staff before going to a minister.

They also must be authorised by a gifts committee before use by a minister.

All the cups given by the embassy to government offices, which were part of a greater gift box, were collected for further inspection after the finding.

They will not be returned to the embassy.

Speaking to the Jerusalem Post, Dr. Eyal Pinko, an expert on espionage in Bar-Ilan University’s Political Studies Department, said it is not unfounded to fear Chinese espionage.

He said: “China wants military, diplomatic, economic and technological information from Western states in general and the US and Israel specifically.

“Toward that goal, China uses many tools to collect intelligence. Hiding listening devices inside gifts… is not new…

“The Israeli security establishment is aware of the threats and checks every item that is given as a gift from foreign factors to reduce the damage of exposing sensitive information as much as possible.”

In 2021, China replaced the US as Israel’s biggest exporter, while relations between Jerusalem and Beijing remain frosty.