Donald Trump adopted a strong stance towards China since first entering the White House in 2016, a tension which has slowly developed into a full-out trade war. With China seeing its role through the coronavirus pandemic questioned on the international stage, President Trump has been warned he could play a key role in reducing Beijing’s confrontational conduct. Prof Huang Jing from the Beijing Language and Cultural University told Bloomberg: “This is the worst ever since the US led sanctions against China after the May 1989 crisis.

“Whether it can get worse or not I believe depends on President Trump’s decisions.

“This is very much initiated by President Trump and, of course, China responded or retaliated.

Prof Huang continued: “Another problem is that China has become the primary target in the upcoming presidential campaign and something worse can happen.

“China is very reluctant to be led into this so-called Cold War but China is also quite assertive over its national behaviour and there is a strong kind of nationalistic sentiment among people as well as policymakers.”

JUST IN: Meet us in the middle! UK makes HUGE Brexit concession – time for stubborn EU to play fair 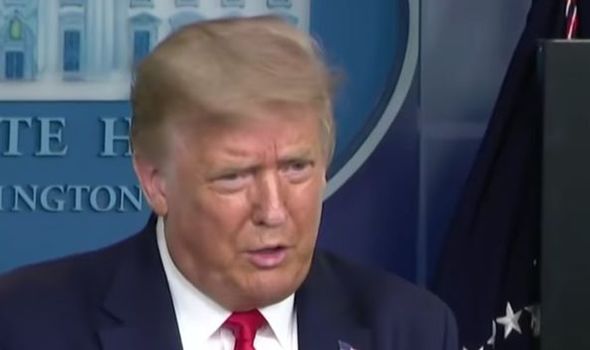 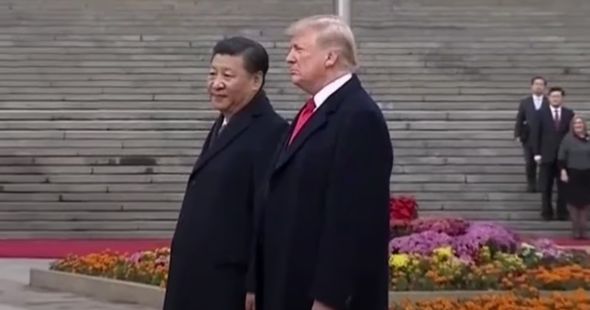 But President Trump last week issued a clear warning to China after the Department of State announced Washington will no longer remain neutral on matters concerning the South China Sea.

The region has long been disputed between Beijing and other Southern Asia countries traditionally allied with the United States.

Secretary of State Mike Pompeo said: “The world will not allow Beijing to treat the South China Sea as its maritime empire.

“America stands with our Southeast Asian allies and partners in protecting their sovereign rights to offshore resources, consistent with their rights and obligations under international law.” 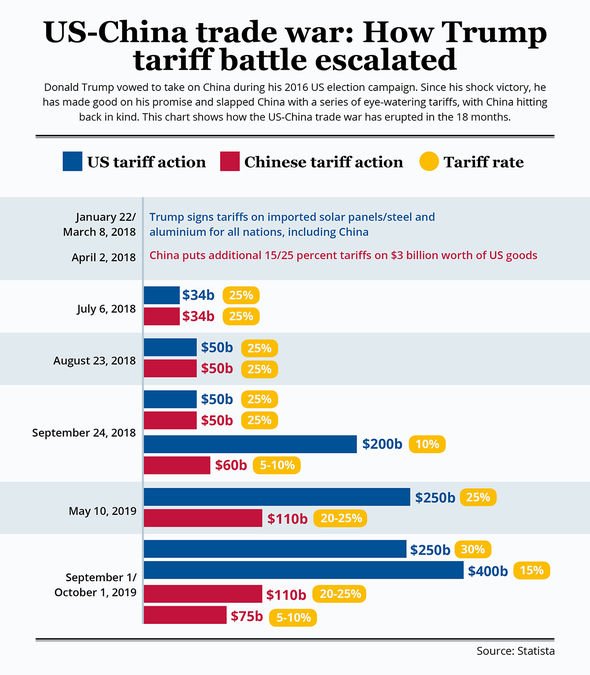 The Director of the Center for Maritime Strategy Research suggested a wider conflict is unlikely because of the deep economic and commercial links China and the US have but the expert insisted smaller battles could not be discounted.

Speaking to CGTN, Mr Hu said: “Although the US has been trying to decouple from China in other areas, they are still closely connected. 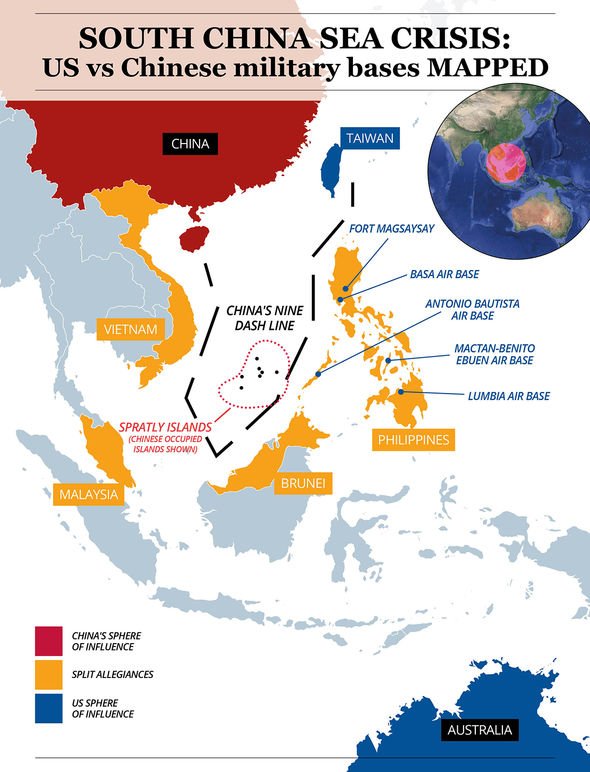 The warning comes as China launched a series of live-fire drills in the South China Sea region to test aircraft capabilities.

Local Chinese media reported Beijing’s air force had already held a series of live-fire drills earlier this month and had deployed more fighter jets to its bases around the South China Sea.

The US and Japan also carried out a series of drill in the area, a clear message to Beijing about their commitment to the freedom of the South China Sea.