Tensions between China and Taiwan have been growing in recent months following an increase in Chinese military activity. China views Taiwan as a breakaway province, with the belief it will one day rejoin the country – despite the clear sense of separation and independence many Taiwanese feel. Now calls for the US to declare its intentions to defend Taiwan have been quashed by Washington officials.

China has long sought to return Taiwan to its ranks, even pressuring international businesses to list Taiwan as part of China on websites in 2018.

Relations between the two countries have taken a dive, with a “large incursion” of Chinese warplanes reported in Taiwan in January this year.

At the time analysts said the drills over Taiwan were designed to test then newly inaugurated President Joe Biden’s support for Taiwan. 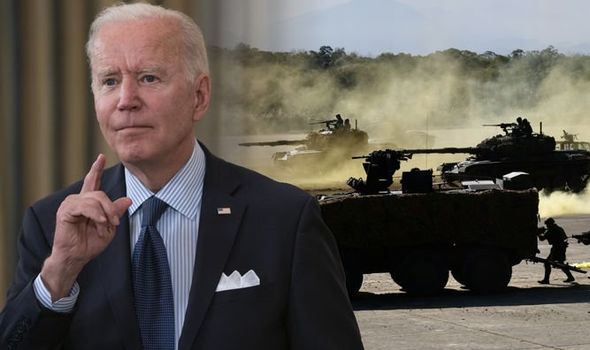 Mr Wu told Sky News: “All these seem to be preparing for their final military assault against Taiwan.

“This is our country, this is our people and this is our way of life. We will defend ourselves to the very end.

“Taiwan happens to be on the frontline of China’s expansion of its authoritarian order.

“And if Taiwan is taken by China, I think the consequences will be global.” 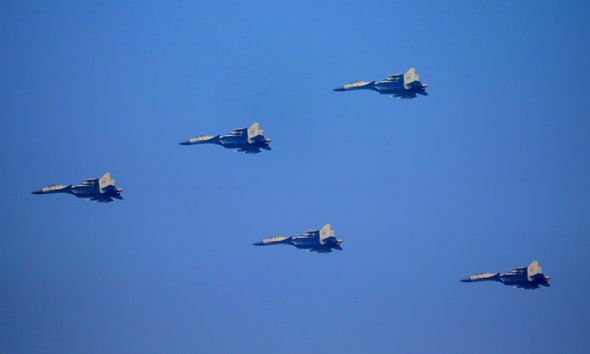 In January, the US State Department reiterated a “rock-solid commitment” to helping Taiwan defend itself.

However, recent comments from Washington have suggested any change in policy to help Taiwan would have “significant downsides”.

He said on Tuesday: “There are some significant downsides to . . . strategic clarity.

“The best way to maintain peace and stability is to send a really consolidated message that involves diplomacy, defence innovation and our own capabilities to the Chinese leadership, so they don’t contemplate some sort of ambitious, dangerous provocative set of steps in the future.”

The US has previously stepped in to defend Taiwan, during the third Taiwan Strait crisis in 1995 and 1996.

President Clinton ordered the presence of US Navy carrier strike groups in Taiwan to deter clashes.

This came after China fired missiles toward Taiwan which landed a few miles from the coast.

The presence of the US fleet alone was enough to see China back down – however, with the Chinese military undergoing significant modernisation, US forces may not be enough to prevent a future attack. 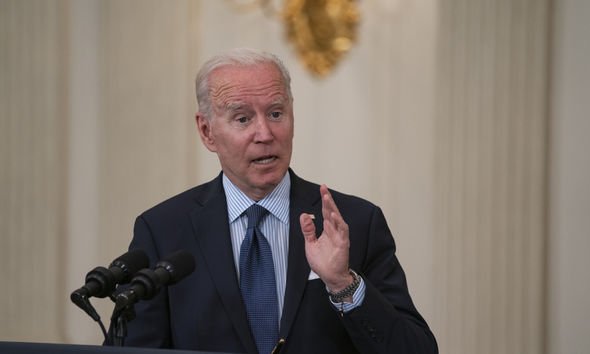 In April 2021, the People’s Liberation Army flew 25 military aircraft into the south-western corner of Taiwan’s ADIZ.

This has prompted calls for action, with experts saying the increased warplane activity is aimed at tiring Taiwan’s military fleet.

She said: “It would solidify Chinese perceptions that the US is bent on constraining China’s rise, including through military force, and would probably cause Beijing to aggressively undermine US interests worldwide.” 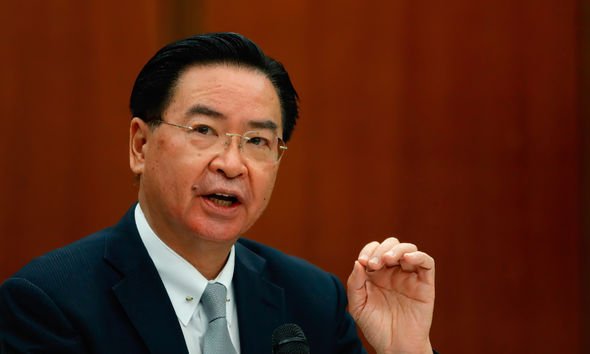 If the US doesn’t aid Taiwan, who could?

Only 15 countries regard Taiwan as an independent state, and none of these are in Asia.

In terms of protecting the country from a possible attack by China, potentially Japan, the Philippines, Australia and South Korea could come to Taiwan’s aid.

These countries all have their own concerns about China’s increasing strength.

However, despite the less than positive relationships these countries have with China, they are unlikely to step in come an invasion against Taiwan.

Zack Cooper, a research fellow at the American Enterprise Institute, told Business Insider except for the US, “you’re probably talking about Japan by far being the most active potential participant.”

Japan has its own territorial battles with China, and also hosts around 55,000 US soldiers.

And should Taiwan fall under Chinese control, Japan would have several key factors at risk.

This is due to 90 percent of Japanese oil and 99 percent of mineral resources passing through Taiwanese waters, with the documents saying if 30 percent of these imports were stopped: “Japan’s economic and war-making potential will be basically destroyed.”

Whether there have been discussions between the US and Japan in the event of a Chinese takeover of Taiwan is unclear, however, the policy of strategic ambiguity in defending Taiwan is one the US is continuing with for the time being.