China has been accused of imposing “extreme” lockdown measures to control the spread of COVID-19. This comes as chilling footage emerged this week showing a man being restrained and tied to a tree by epidemic control workers after he went outside for a walk. The officials berated and publicly shamed the elderly man for taking a walk during a tight coronavirus crackdown in China.

The clip was uploaded onto social media and quickly went viral.

The footage shows workers shouting at the man, with one officer urging his colleagues “to tie him tightly”.

They appear to punish the senior citizen for flouting the draconian quarantine rules.

The officials can be heard saying: “You’re outside when the pandemic situation is so serious! 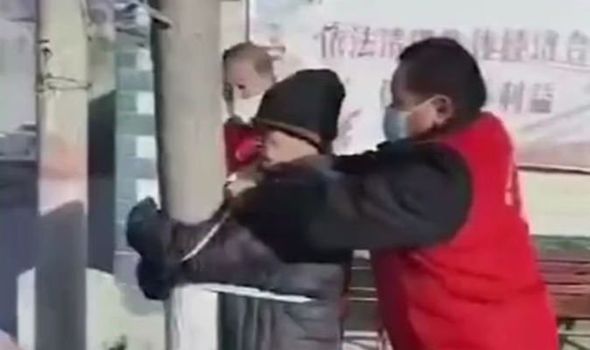 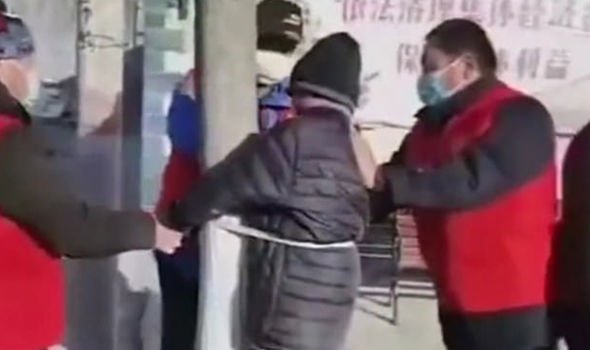 The incident took place on Tuesday in the district of Gaocheng in Shijiazhuang.

Residents in some areas of Shijiazhuang are not allowed to leave their houses at all under current restrictions.

The village official in charge of the workers seen in the footage was suspended and is being investigated, according to Chinese authorities.

Earlier this week, provinces around the country were ordered to prepare mass quarantine camps.

Sky News’ Tom Cheshire remarked that the “extreme measures” are being taken because China “is getting nervous”. 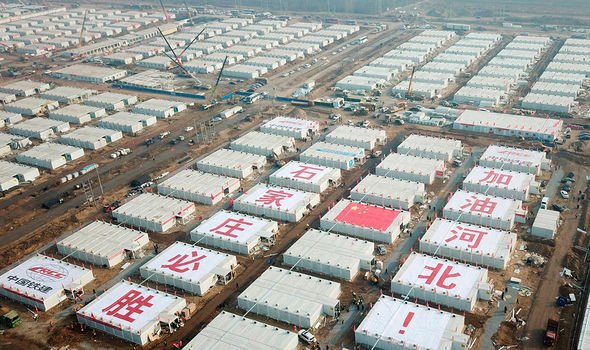 The camps are designed to hold thousands of suspected infected patients to combat the outbreak.

China has also ordered millions of citizens in Beijing to be tested for Covid by Sunday, although the Chinese capital was hit by just three new cases yesterday.

This week also marks a year since the first lockdown in Wuhan was ordered at the onset of the crisis. 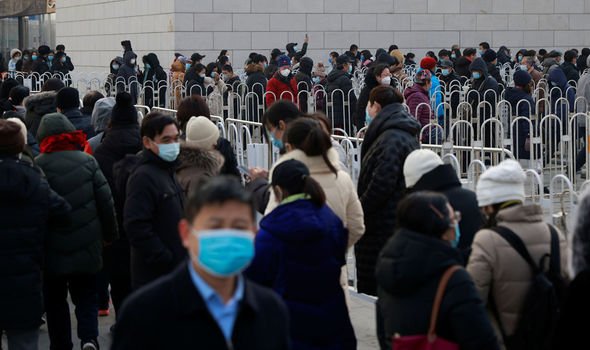 While mainland China has a current total of 1,960 confirmed cases, the government is imposing extraordinary measures to stop outbreaks turning into a second wave.

China has been recording more than 100 cases each day for more than a week – a low number compared with Western countries but its highest rate since March.

Feng Zijian, deputy director of the Chinese Centre for Disease and Control and Prevention, has blamed the recent rise in cases on “imported” variants.

He said: “The epidemiological investigations show that these outbreaks were not related to previous infections, but caused by newly imported sources of the virus.

“According to source-tracing investigation, the cluster infections reported in China since the winter are all caused by imported cases, inbound visitors and imported goods, which mainly occurred in cities with airports, land ports and sea ports where there are people and good flowing in.”