WUHAN, China (Reuters) – Each year for the tomb sweeping festival, Wuhan resident Dai Jinfeng drives with her mother to a nearby cemetery to pay respects to their ancestors. The coronavirus has changed that ritual this year. 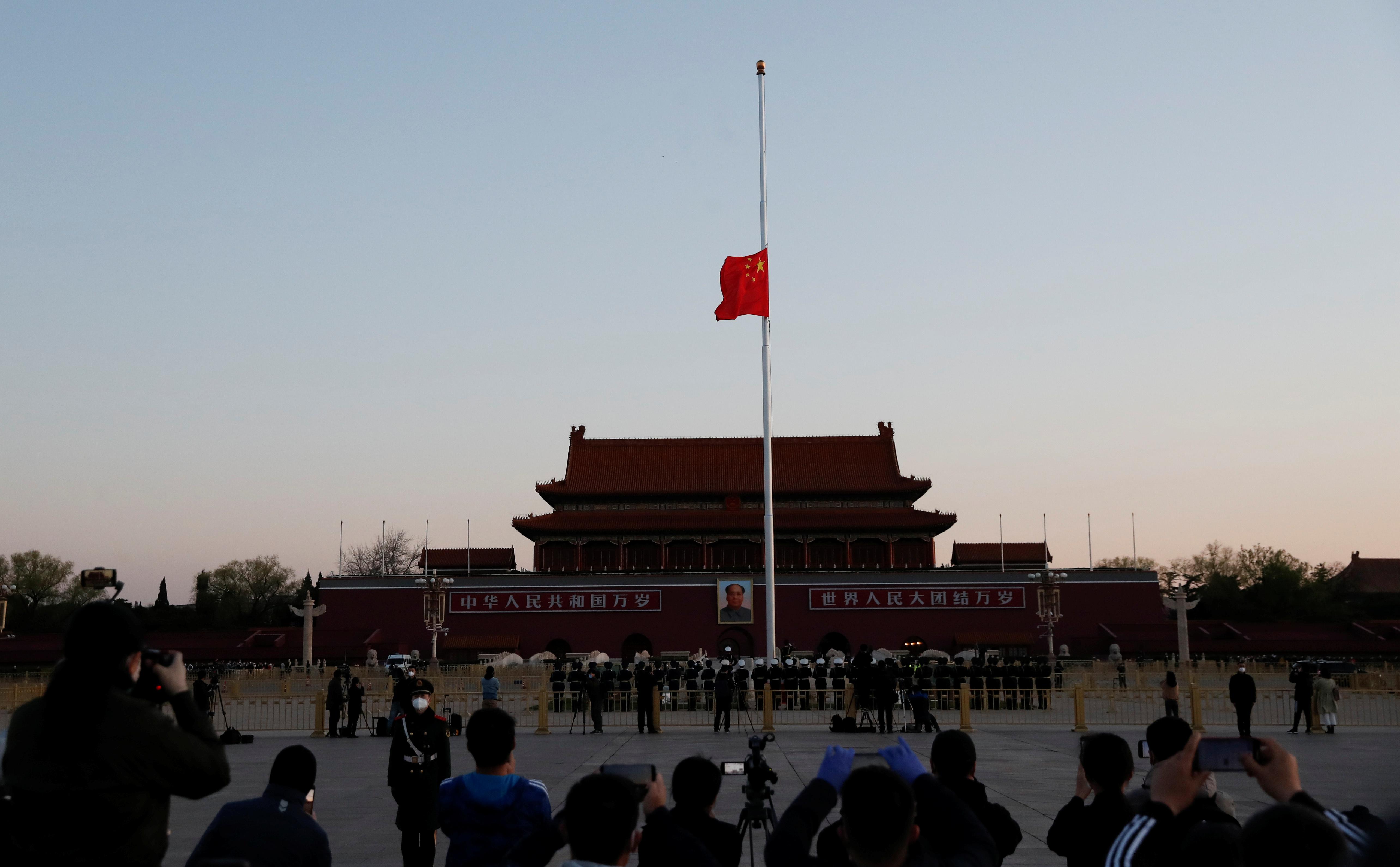 Also known as Qingming, the festival which falls on Saturday is one of the most important dates in the traditional Chinese lunar new year calendar, and usually sees millions of families travel to tend to their ancestral graves, offer flowers and burn incense.

But Chinese authorities are strongly discouraging or limiting the practice across the country this year as they fight the coronavirus, asking citizens to rely instead on cemetery workers to perform those duties should they wish to do so.

Those restrictions are arguably the strictest in Wuhan, which has been ravaged more than anywhere in China since the virus first emerged there last year. As of Friday, 2,567 people in the city had died of the virus while 50,008 were infected.

Authorities in the city of 11 million have banned all tomb sweeping activities in its cemeteries until at least April 30. They have also told residents, the majority of whom are stuck at home due to lockdown restrictions, to use online streaming services which will allow them to watch cemetery staff carrying out those tasks live.

Those tight restrictions and concerns over the virus are why Dai is not carrying out the annual ritual with her 67-year-old mother, who lives alone.

“She keeps asking me whether I’m going back,” the 40-year-old the property agent told Reuters this week as she broke into tears. “I don’t dare to call her any more because the tomb sweeping festival is coming up … and it is especially important to the elderly.”

Still, some in Wuhan found alternative ways to commemorate the festival and find solace in spite of those restrictions.

Residents on Friday burned joss paper, a tradition which they believe sends money and wealth to deceased relatives, on sidewalks and within the confines of their barricaded housing compounds.

Some people left fresh flowers including chrysanthemums, a traditional funeral flower in Chinese culture, on the banks of the Yangtze River that runs through Wuhan.

“There is an epidemic but this is China’s tradition, we can’t cast it aside,” said a man as he burned four stacks of joss paper, standing alongside his wife.

One of those stacks, he said, was dedicated to the memory of a 29-year-old doctor, Xia Sisi, who died in February from the coronavirus after treating patients in Wuhan. They are not related but share the same surname, he said.

Still, people said it was notably quieter this year, with one seller of paper offerings saying that sales were around 20% of what they would usually be.

The Chinese government has said that no ceremonies or funerals can held for the victims of coronavirus due to its highly contagious nature.

China on Saturday also observed three minutes of silence nationwide at 10 a.m. (0200 GMT) to mourn the thousands of “martyrs” who died in the fight against the pandemic. Flags were flown at half mast and air raid sirens as well as car and train horns to “wailed in grief” after. 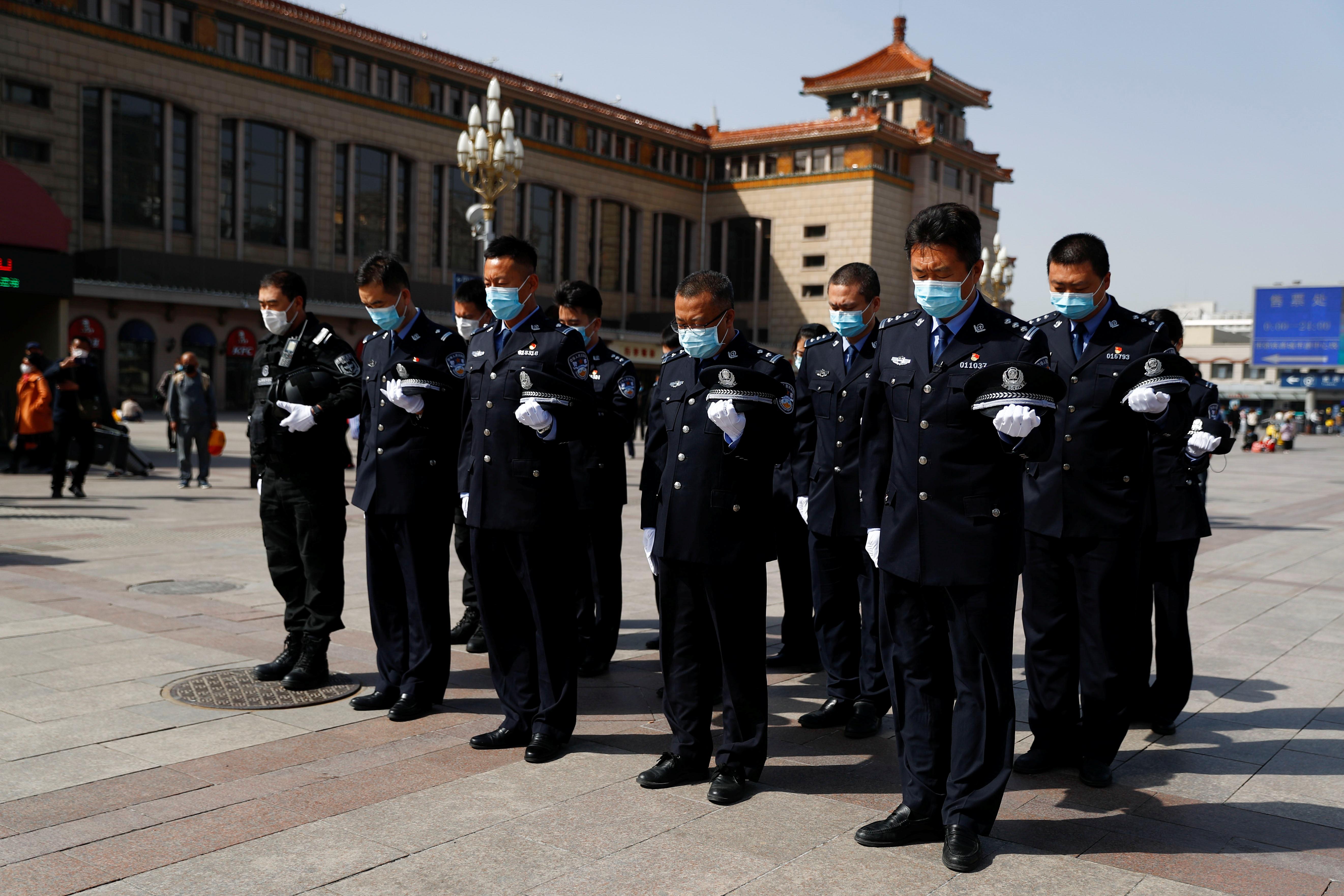 Yang Qijin, 64, a retiree, was among residents who stepped out in Wuhan on Saturday to observe the silence as a mark of respect.

“I was remembering the memory of our countrymen who have passed away,” he told Reuters as traffic restarted on nearby roads.

“I very rarely come out of my housing compound now, but did so especially for this.”