BOSTON (Reuters) – A Harvard University board election pits proponents of two popular causes against each other: those focused on climate change and those who want to keep money and what they describe as special interests out of the contest. 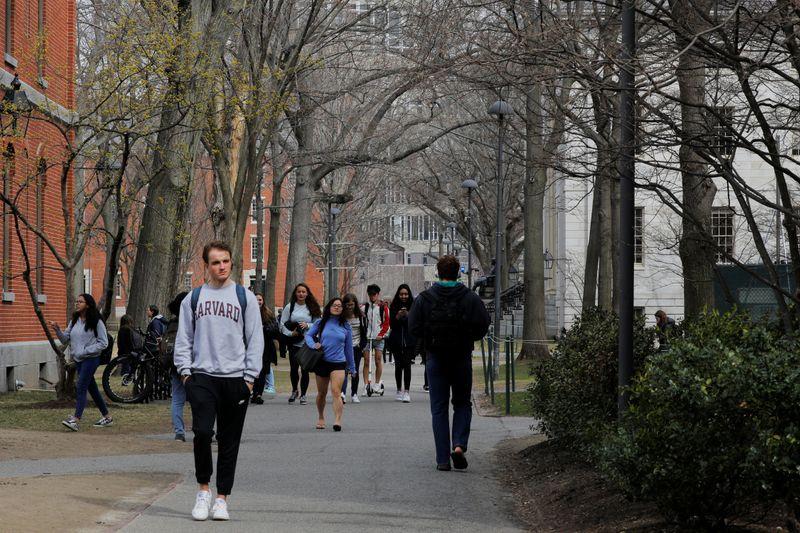 Votes are due Tuesday for five open seats on the Harvard University Board of Overseers, a 30-member alumni body that helps set strategy for the Cambridge, Mass. school.

Usually nominees come from Harvard’s alumni association. But five of this year’s 13 candidates were nominated by Harvard Forward, a campaign by recent graduates who want the school to divest fossil fuel assets from its $41 billion endowment along with other steps.

While the outcome will not directly determine investment decisions, it could send a symbolic message as many schools face calls to sell oil stocks.

“We have a great opportunity, and a duty, to hold Harvard to its highest ideals,” said Nathan Goldberg, a campaign co-founder.

U.S. universities with endowments of $11 billion have pledged to divest from fossil fuels. But another group with $181 billion has rejected divestment calls, said trade group Independent Petroleum Association of America. Endowments totaling another $180 billion have partially divested.

Harvard’s upstart slate has prompted pushback from some alumni leaders. In an open letter they said the campaign had “copious funding” and threatens to have “special interests” control the Overseers.

The association put forward eight candidates for the five open seats. The Overseers approves candidates to the Harvard Corporation, the body that can make divestment decisions. Harvard Forward says it will have spent about $59,000, raised from alumni.

The results of the election are due in coming days.