The latest major report from the UN’s Intergovernmental Panel on Climate Change has issued a stark warning to the world about what to expect as the planet warms.

The 1,300-page document attempts to pull together all the evidence available to present a comprehensive analysis of what is happening to the globe and what is going to happen in coming decades.

We knew this already but last time the IPCC released a report they said the link was “clear”. This time they have gone further and said it is “unequivocal that human influence has warmed the atmosphere, ocean and land”. It has come to this conclusion by looking at how much greenhouse gas is in the atmosphere, such as the level of carbon dioxide, and examining what impact this has had. They have found that the temperature of the planet has risen as the amount of man-made CO2 and methane has increased, in a way that is not consistent with what would have occurred naturally.

2. The warming is unprecedented

The rate of warming hasn’t been seen in the preceding 100,000 years. The decades since 1850 are “unprecedented”.

Paleoclimatic archives, which show how temperature has varied over the ages, show that temperatures have gone up and down during that time, but at no point during those 100 millennia, has it been as warm as it is now. The report authors found that if only natural drivers of temperature change had been active in the last 170 years, the planet would be roughly the same temperature as was in pre-industrial times, not 1.2C warmer, as it is calculated to be.

3. Warming will continue, whatever we do

With so much CO2 already in the atmosphere, and with it being very difficult to stop producing it in a short period of time, the IPCC predicts – even under the best case scenario – warming will continue for several years to come.

As a result, whatever action the world takes, the 1.5C threshold, which scientists had hoped the world could limit warming to, will be reached. Under other less optimistic scenarios, which assume that urgent action is not taken across the globe, warming will continue beyond 1.5C, with the worst case scenario predicting a global average temperature rise of 4.4C by 2080.

4. But it CAN be stopped

Under the IPCC’s most optimistic scenario, temperatures would rise but only by about 1.6C above pre-industrial levels and they will then start to fall until they stabilise at around 1.4C above pre-industrial levels. That is based the world hitting net zero emissions – which should mean cutting emissions as much as possible and offsetting the rest – around 2050, societies switching to more sustainable practices, investment in education and health going up and inequality falling. If the world did not act quite so quickly, under the next most optimistic scenario, temperatures would stabilise around 1.8C higher by the end of the century. Even under the “middle of the road” scenario, CO2 emissions hover around current levels before starting to fall in the middle of the century, reaching net-zero around 2100. That would result in a rise in temperatures of 2.7C by the end of the century – 1.5C higher than now.

But the IPCC says as every tonne of CO2 adds to global warming, every tonne makes a difference.

Ed Hawkins, climate science professor at Reading University, said: “The consequences get worse and worse and worse as we get warmer and warmer. And so every tonne of CO2 matters and every bit of warming matters.”

5. The weather has already changed as a result

The report says it is “virtually certain that hot extremes (including heatwaves) have become more frequent and more intense across most land regions since the 1950s” and cold extremes have become less severe. There is “high confidence” that this is a result of human activity.

The amount of extreme precipitation events (very heavy rain) the planet is experiencing have also gone up, with human-induced climate change “likely” to be the cause.

6. The weather will continue to change

Even under the most optimistic scenario, the weather is certain to change further. Based on the belief that, whatever we do, the world will warm by an average of 1.5C within the next 20 years or so, that warming will have consequences for different parts of the world, which will be affected in different ways. 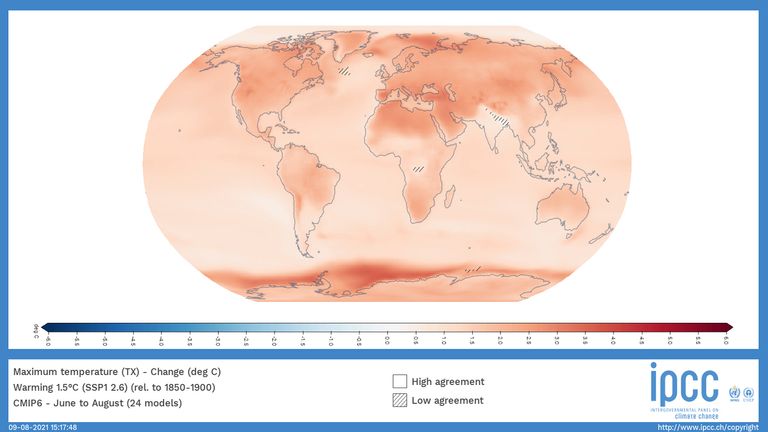 For example, assuming a 1.5C mean increase worldwide, maximum mean summer temperatures in London will increase by 2C, in Manchester by 1.8C and in Glasgow by 1.5C. Across the UK, outside of the parts of Scotland that are currently wettest, there will be between 7 and 11% more rain in the winter. 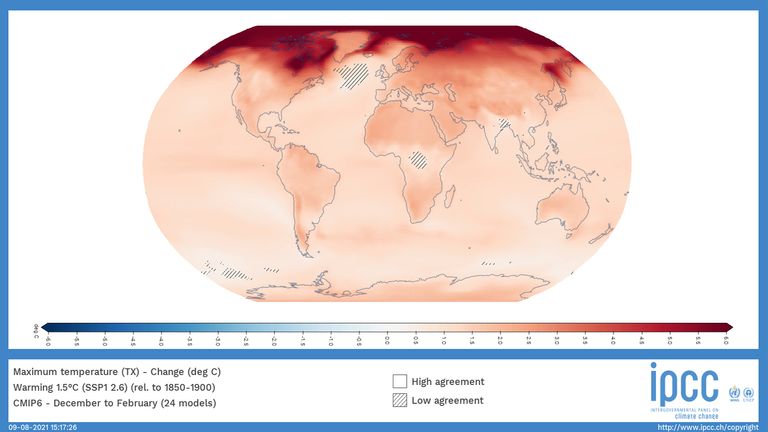 Temperature rises will be greater in many other parts of Europe, with summer mean maximums rising by 3C in Madrid, 2.4C in Athens and by 2.6C in the south of France. The rise in temperatures could affect areas popular for winter sports with resorts like Zermatt in Switzerland predicted to see a 2.5C rise in winter mean minimums.

Further afield, the changes get even more extreme, with maximum and minimum winter temperatures in the Arctic are expected to be between 5 and 7C higher than pre-industrial levels. 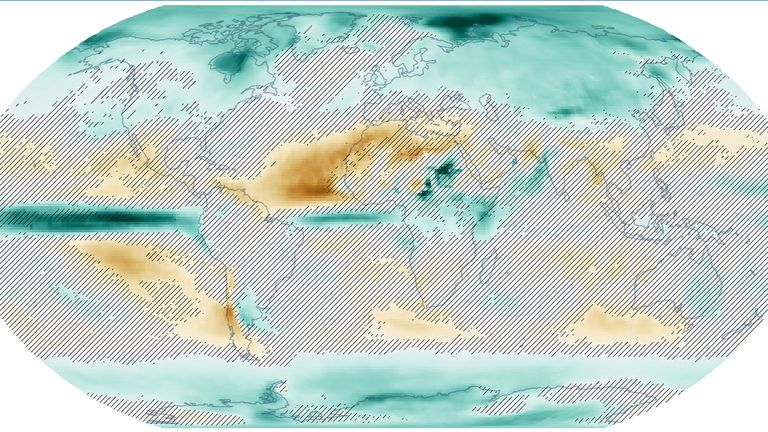 Places like Zambia are expected to see a 45.6% drop in overall rainfall between June and August, while parts of Saudi Arabia and the Red Sea coast of Egypt will see 50-60% more precipitation in the same period.

7. Changes to the weather will be worse, if global warming isn’t limited to 1.5C

Under the worst case scenario, in which CO2 and methane emissions worldwide are allowed to double by 2050, maximum summer temperatures in the UK would rise by between 1.9C and 3.2C by the period ranging from 2040 and 2060, and by between 4.5C and 5C across much of the Mediterranean. 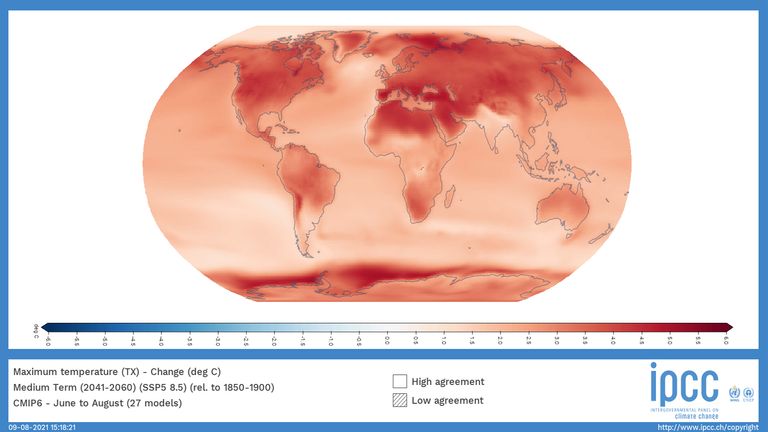 Parts of Spain and Portugal would also see up to 40% less rain in summer with northern Europe seeing between 15% and 25% more rain in winter.