Cold northerly winds are predicted to grip the UK triggering subzero temperatures next week, potentially bringing a risk of wintry conditions to some parts. Charts from Weather Outlook show the UK turning blue as the cold air sweeps over from polar regions on Thursday, March 18. Brian Gaze at Weather Outlook warned of temperatures plunging to bitterly cold lows of -5C in Scotland next week, with other areas of the UK average 0C.

Temperature models from Weather Outlook also show -4C hitting Cumbria in the northwest of England, while London and Kent in the southeast see slightly warmer temperatures on the same day.

Mr Gaze told Express.co.uk: “It looks like high pressure will build and become established close to the UK next week.

“Cold Arctic air will be pushing southwards on its eastern flank.

“That could keep the days chilly in eastern Britain but in the west, it should feel quite pleasant in the afternoon sunshine. 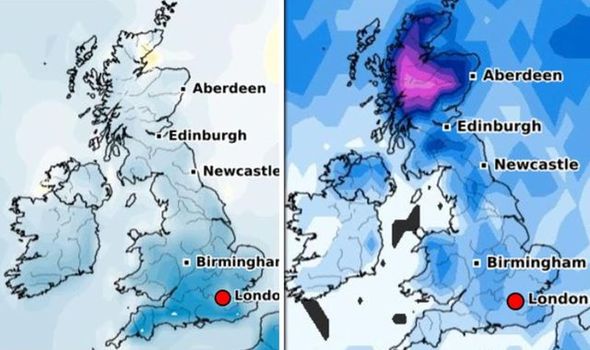 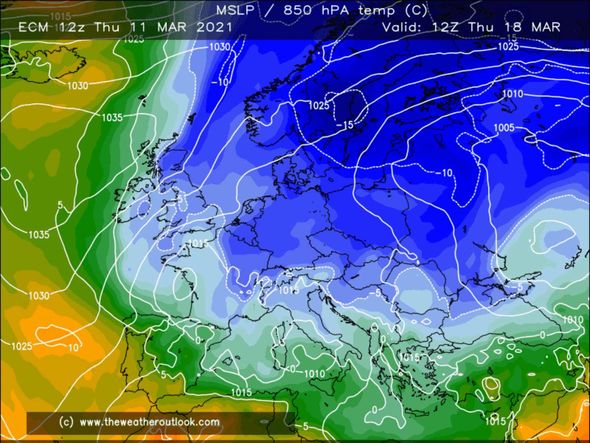 “However, the calm conditions coupled with clear skies lead to the risk of widespread nighttime frosts.

“Temperatures locally in Scotland could dip to -5C on some nights and below 0C in large parts of the UK.”

The forecast said: “Rain or showers could linger into Monday but indications are for a change in the pattern early next week. 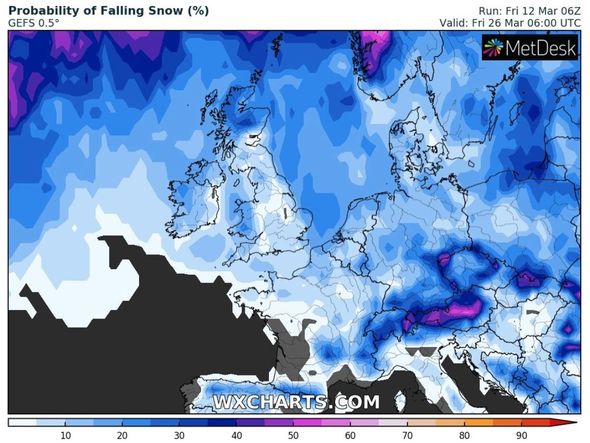 “Although timing is uncertain, it looks like a ridge of high pressure will build by Tuesday and linger through midweek into the second half of the week.

“The position of this ridge will be crucial to the weather type but there is moderate confidence that it will at least cut off the path of Atlantic low pressure systems and steer them farther north.

“Scotland and Northern Ireland might still be susceptible to a couple of bands of frontal rain but for most areas this high pressure should mean a drier few days with more sunshine and much less wind, although fog could be possible overnight.

“An alternate scenario has the high a little farther south which would mean risks of occasional rainfall moving southwards. 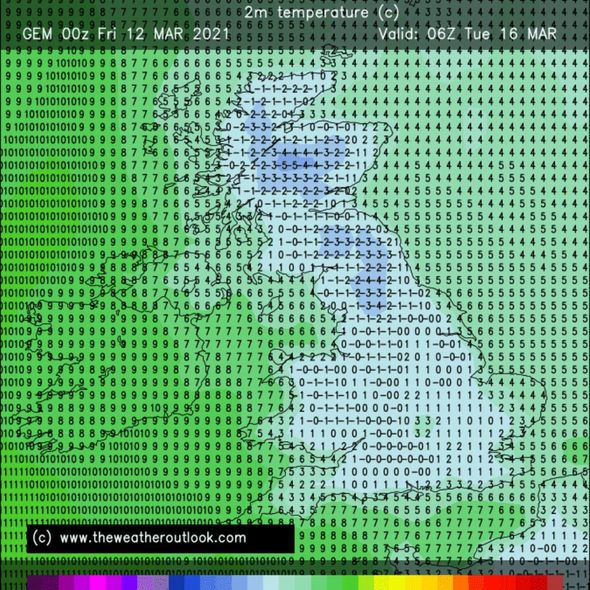 “This is about a 30 percent chance and has some support from similar setups in the past.

“One model pushes the expected high pressure centre farther north, which would induce colder north to north-easterly wind flows and bring a risk of wintry showers, mainly to northern and eastern areas but this looks to be a low risk at the moment. More likely, colder air will stay away to the east.”

The forecast between Tuesday, March 16 and Thursday, March 25, said: “At the start of this period, the weather is likely to begin settling down with high pressure building from the southwest. 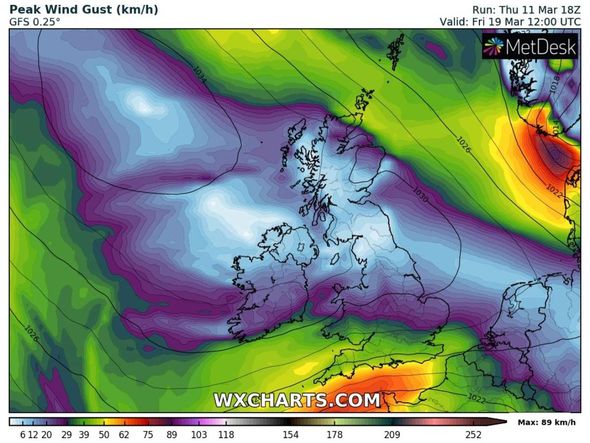 “Temperatures will likely be near or a little above average at first, but chilly at night with rural frost.

“Southern and western areas are likely to see primarily settled conditions, with a good deal of dry weather, though some rain remains possible at times.

“However, there is more uncertainty across northern and eastern areas, where spells of rain, showers and stronger winds are more likely, though still with some reasonable drier interludes.

“Some morning fog patches are likely to develop in the settled regime, most likely in the southwest.