BOGOTA (Reuters) – Colombia’s Supreme Court on Tuesday said it will transfer its case against former President Alvaro Uribe to the attorney general’s office shortly after he resigned from the Senate. 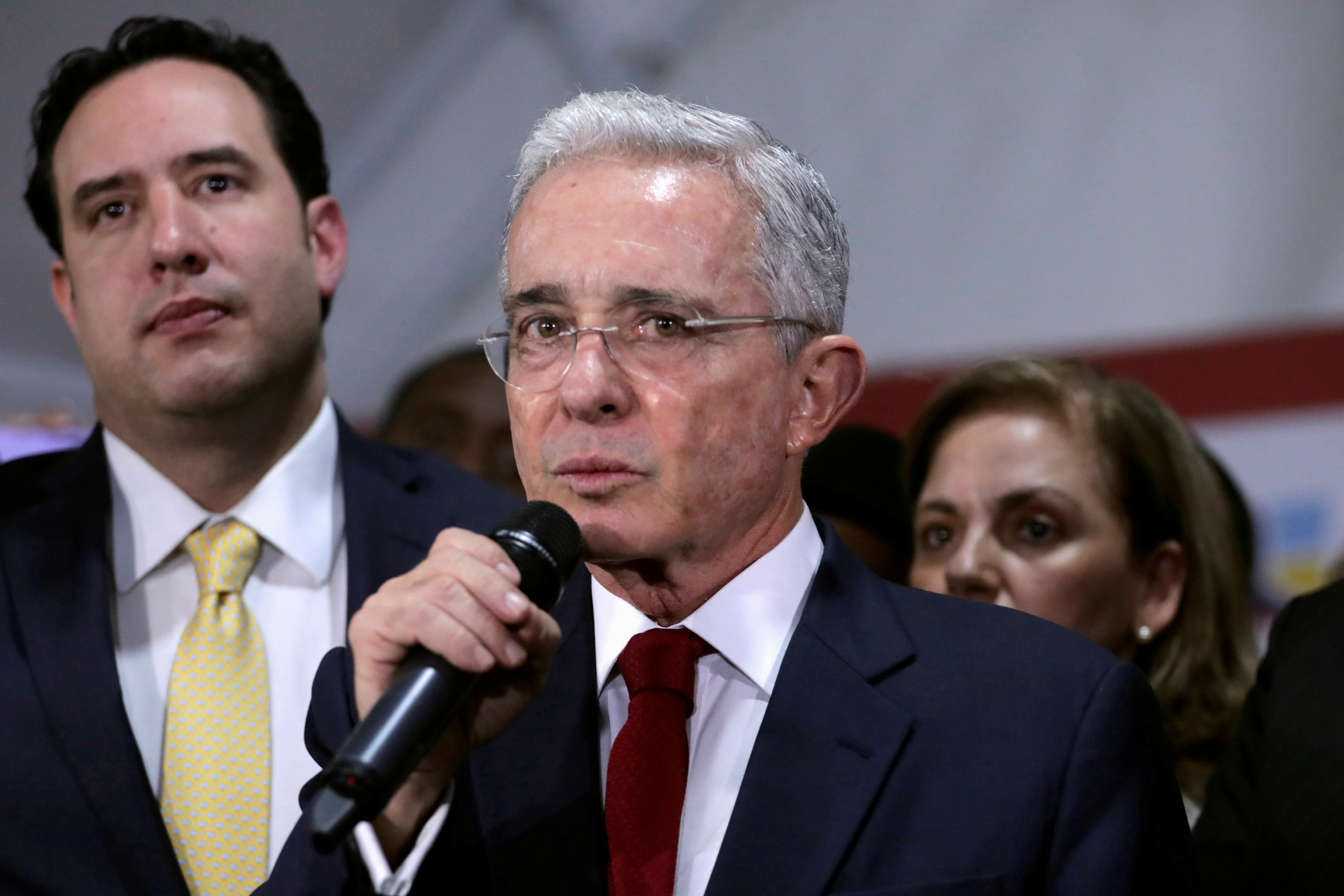 Uribe, who resigned from his Senate post last month, is under investigation for alleged witness tampering and is currently under house arrest.

His defense team requested his case be moved in August, saying the court does not have jurisdiction as he is no longer a lawmaker and because it is not related to his political activities.

The court agreed with Uribe’s team, saying it is transferring the case to the attorney general “because it relates to an investigation which is unrelated to his role as a congressman” in a statement posted to its Twitter account

The decision was unanimous, the statement added.

Uribe is being held under house arrest at his country home in Colombia’s north. The court ordered his detention in August, citing a risk of obstruction of justice.

Uribe, perhaps the South American country’s most polarizing politician, has questioned the independence of the court and said it violated due process.

The former president has repeatedly declared his innocence amid accusations his allies manipulated witnesses in an attempt to discredit his alleged ties to paramilitaries.

Uribe’s critics say his resignation from the Senate was a ploy to move the case to a potentially less rigorous legal body.

Uribe’s house arrest is the first time the Supreme Court has ordered the detention of a former president. His allies, including current President Ivan Duque, have called for Uribe to be released.