The Bundesliga became the first major sporting league in the world to spring back into action in the coronavirus era this weekend and phase one of Germany’s experiment has been a success, by most metrics.

It looked and sounded different to normal in stadiums with no fans, no handshakes and virtually no atmosphere and with masks where there used to be mascots.

But the first day of Bundesliga fixtures also passed without major incident. 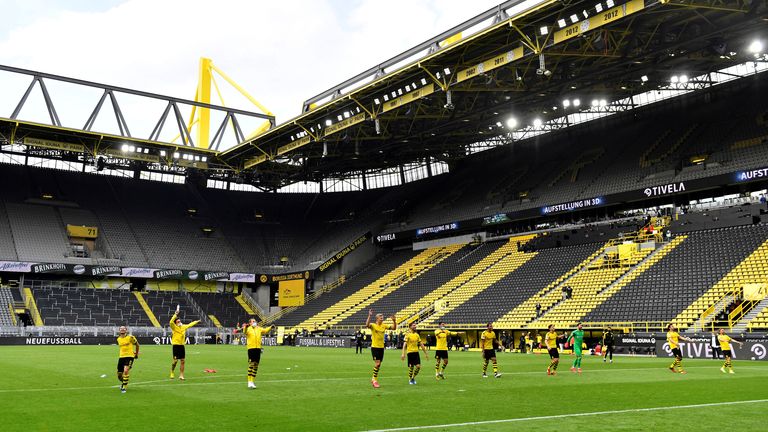 There were no mass gatherings of fans outside stadiums causing fixtures to be abandoned.

At the Signal Iduna park, usually 81,000 fans would have packed inside for the 180th derby match between Borussia Dortmund and Schalke.

Instead just 213 were permitted, close to the minimum required for the match to be played, keep the players safe and make the match televised. Dortmund won the match comfortably 4-0.

Sebastian Wessling, a German football writer, was just one of ten journalists allowed inside after his temperature was tested and he agreed to wear a face mask throughout the game. 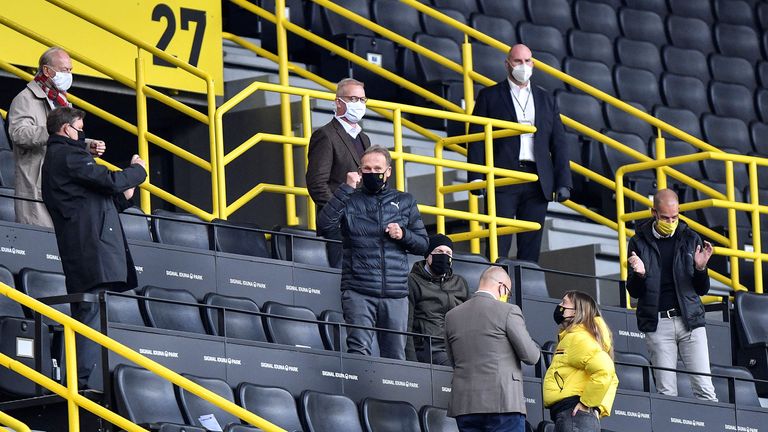 “The players didn’t really celebrate,” he said. “They kept distance, only clapping, so it was a very, very strange feeling, almost like a test game.”

In Germany the decision for the Bundesliga to return after more than two months away has divided some.

The ultra fans believe football without fans is not football at all, while others object on the grounds that they believe it prioritises a game over the nation’s health.

“There is a big part of the public that is also against it because they think we have enough other problems at the moment,” said Mr Wessling.

“We don’t have enough day care for children. Schools are not starting but football is starting so we don’t like that.”

In the state of North-Rhine Westphalia, lockdown was eased further on Friday allowing cafes, restaurants and bars to reopen.

Many Dortmund fans gathered inside the Maximilian Bar on the main market square to watch the derby on several big screens.

“It’s a bummer we can’t be inside the stadium to watch,” one fan said. “But at least football is back, we have something to do with our weekends.”

Another fan was conflicted. “From speaking to people I know some are angry because they think millionaires who kick a ball are being given special treatment.”

On Monday Premier League clubs are expected to vote on whether to return to return to non-contact training and executives will be watching and assessing the success, or otherwise, of the Bundesliga experiment.

“We got calls and emails from big clubs in Spain and England and I know they really hope that we manage this situation so that other leagues can restart as well,” Schalke sporting director Jochen Schneider said.